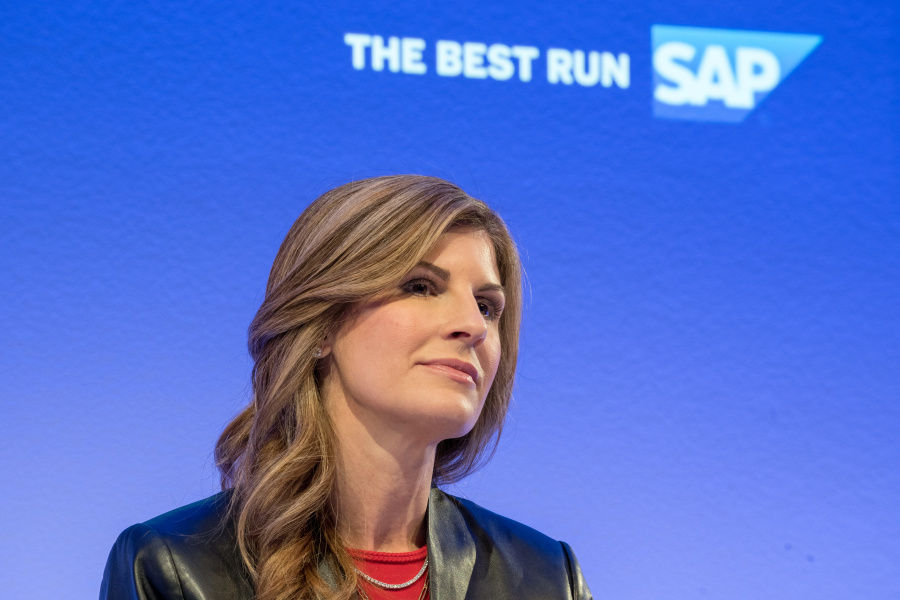 Committing to a disruptive future while protecting its powerful past, SAP said Qualtrics and experience management are its growth engines for the future and that it will probably scuttle plans for terminating ECC support in 2025.

On yesterday’s Q4 earnings call, SAP co-CEOs Christian Klein and Jennifer Morgan offered a range of compelling comments about steps they’re taking to improve the experiences customers have in dealing with SAP. Those steps include realigning the sales org, tying bonus payments for all parts of the company to customer experiences, and dramatically enhancing the integration of SAP’s vast portfolio of applications and related technologies.

And while those developments will certainly be explored in a future piece, I want to focus today on what I felt were the two most-resounding disclosures from Klein and Morgan, who took over as co-CEOs 3 months ago following Bill McDermott’s decision to step down.

“Qualtrics is going to be an incredible growth engine”

Morgan spoke effusively about the customer response to standalone and integrated versions of SAP’s Qualtrics experience-management suite of applications. While McDermott engineered the $8-billion deal that brought Qualtrics into SAP on the verge of Qualtrics’ planned IPO, it has been Morgan who has conceived and articulated the long-term and wide-ranging impact that Qualtrics will have on SAP and its customers.

And while a company the size of SAP—it finished calendar 2019 with total revenue of $30 billion—will by necessity have a number of products lines growing aggressively, Morgan clearly stated that Qualtrics is at the epicenter of SAP’s future.

“Companies understand that if they are not competing on experience, they’re on a race to the bottom,” Morgan said.

Qualtrics is driving big new opportunities for its own products while also sparking significant interest in adjacent SAP products and services, she said on the earnings call.

Now with almost 11,500 customers, Qualtrics is benefitting from the tie-in with SAP. Qualtrics’ number of million-dollar deals has shot up 60% since joining SAP, Morgan said, as companies move from “systems of record to new systems of action.”

And the best, Morgan said, is yet to come. “Despite the high growth we achieved in 2019, the opportunity in front of us is much, much larger as the vast majority of SAP’s installed base does not have Qualtrics yet.”

In the Q&A portion of the call, Morgan described SAP’s decision to play in the IaaS space only in limited and customer-specified situations. In that context, she said the company’s consistent cloud-revenue growth rates of about 40% have more than made up for that declining IaaS revenue, and that Qualtrics has emerged as the exceptional catalyst for current and future growth.

“When you look at where the growth is coming from, Qualtrics is going to be an incredible growth engine,” Morgan said. “The results we had in 2019 were really specific to Qualtrics continuing to execute within their customer base and the new customers SAP exposed them to.”

To keep that momentum building, Morgan said, she and Qualtrics founder Ryan Smith have moved one of SAP’s top sales executives over to Qualtrics as chief revenue officer. That executive is Eric Stine, who had been the chief customer innovation officer for SAP North America.

Protecting the past by re-imagining the future

Within the SAP customer community, there’s been a great deal of debate as well as some unrest about the company’s announcement from a couple of years ago that SAP would end support in 2025 for its widely used but aging on-premises ERP system called ECC.

As SAP portrayed it, such a move would theoretically push customers into upgrading to the much more modern S/4 HANA ERP system. This would provide a benefit for customers via a more-modern, flexible and robust system and a benefit for SAP in reducing its need to support and deal with relatively ancient systems.

But as hybrid computing and hybrid cloud have become the de facto computing environment for global corporations, that type of forced march rankled companies that felt SAP, by ending ECC support in 2025, was trying to dictate their future strategy and limit their choices.

Competitors certainly noticed it as well and definitely are trying to exploit it. Oracle founder Larry Ellison did exactly that last month when he said, “SAP’s customer base is up for grabs” due to the unsettling ECC-2025 mandate and Ellison’s contention that SAP doesn’t have a viable cloud alternative to ECC. (But SAP does indeed have such an alternative, and its S/4 HANA Cloud SaaS solution has more than 2,300 customers.)

That points to escalating competitive battles for modern ERP customers between SAP and Oracle. I outlined that scenario a few days ago in Oracle-SAP Showdown: SAP Calls BS on Larry Ellison Claim of Snatching Huge SAP Customer.

Against that backdrop, Klein yesterday hinted strongly that SAP plans to pull back on that 2025 ECC mandate. In response to an analyst question regarding “when do you assess the commitment to remove or stop the standard support on ECC in 2025,” Klein said this:

“SAP in the past has left no customer behind. And this notion will of course continue. And you can expect some communication going out very soon where we give more clarity around this topic.”

I think that will be a winning move. It will demonstrate to customers SAP’s enhanced willingness to, as the saying goes, “meet them where they are” as opposed to issuing dictates about what customers must or must not do.

If SAP does indeed drop the 2025 mandate, it will need to find new and better ways to continue supporting those aging systems. But that burden will be more than offset by the goodwill such a change of heart will engender among customers, particularly when those customers are being besieged by Oracle and others to use the original 2025 mandate as a reason to abandon SAP.

With Qualtrics leading the revenue growth into the future, and with customers about to be reassured over a more-flexible policy regarding ECC support, SAP appears to be weaving its valuable past and its high-potential future into a very capable position for 2020 in the Cloud Wars.