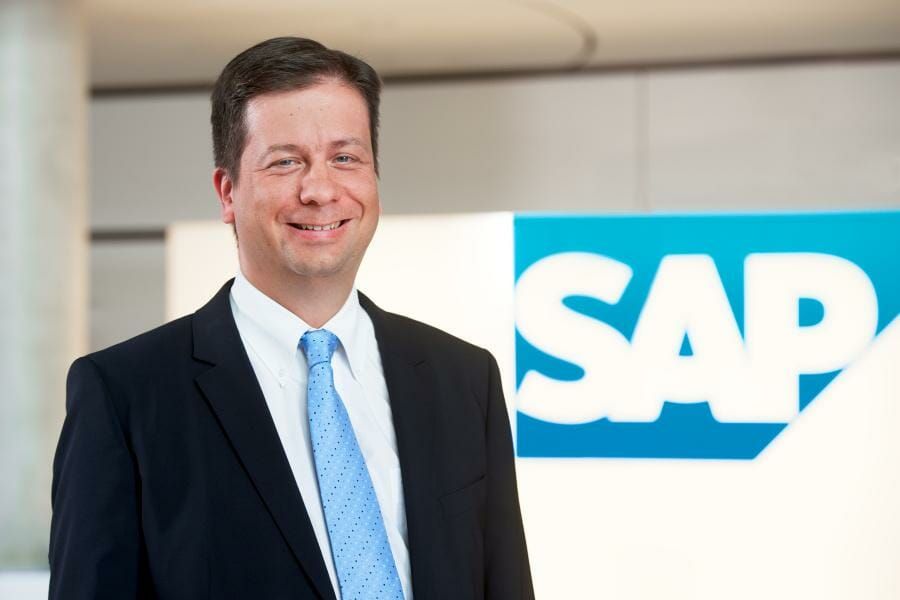 SAP CFO Luka Mucic has unequivocally shot down claims made by Oracle chairman Larry Ellison during the past year that a huge SAP ERP customer was on the verge of defecting to Oracle, with many more certain to follow.

“I have checked and we have not lost a single [ERP] customer” to Oracle, Mucic said during an interview at an investor virtual event called Citi’s 27th Technology Investors Conference.

Mucic was being interviewed by Citi analyst Amit Harchandani and toward the end of their 50-minute exchange, Harchandani said an investor was asking if it were true that Oracle had been cutting into SAP’s huge base of ERP customers. Harchandani said the investor “refers here to Oracle making strong inroads into SAP’s top 10 customer base and going after the top 50. Could you give us a sense of how you view the competitive landscape?”

Here’s the reply from Mucic: “I have taken this very seriously and I have tried to research all of our client base—not just the top 10 or 50 but going much further down the list—to try to understand what our competitors are talking about here.

“But we are not aware of any competitive replacement,” Mucic said.

“But we actually are aware of quite a few cases where we have competitively replaced other ERP solutions from our traditional competition through S/4HANA recently.”

I’m assuming that by “traditional competition,” Mucic is referring to Oracle, but Mucic has a long-standing policy of never mentioning Oracle by name.

He went on to offer some details about his exploration into the claims made very specifically by Ellison during earnings calls in late 2019 and early 2020 that huge and well-known SAP customers—based in SAP’s home country of Germany—were completing extensive trials of Oracle cloud ERP and were about to rip and replace their long-standing SAP on-premises systems with Oracle cloud apps.

Mucic said that not only are those claims by Ellison baseless, but that the opposite is in fact true: SAP is taking ERP customers from Oracle.

“That goes across all geographies and many different industries—automotive, financial services, telecommunications, and others—and I can only say that in looking at our own data and from our own intelligence, we believe we continue to gain market share in our strongholds of ERP and supply-chain management,” Mucic said.

Beyond the verbal sparring, this is important—tremendously important—because SAP has a massive base of very large ERP customers whose operations power an enormous swath of the global economy. If Oracle is able to cut into that customer base—a claim that both Mucic and CEO Christian Klein vehemently dismiss—it would be a strategically vital win for Oracle and a highly damaging blow to SAP. So let me give you a quick chronology of what’s going on here:

Exactly one year ago on Oracle’s fiscal-Q1 earnings call, Ellison said Oracle was on the cusp of snatching a large number of major SAP customers. Here’s an excerpt from my article about that called Oracle Will Dethrone SAP as World’s #1 ERP Vendor, Vows Larry Ellison:

“And now we’re seeing some of their larger – not the very largest customers, but some of their medium-large companies—go ahead and pick us, and we’re converting them,” said Ellison. “But we’re also in conversations with their very largest—SAP’s very, very largest—customers.”

Oracle’s entire attack is completely dependent on convincing one of those “very, very largest” customers to move beyond the talking stage and fully commit to the Oracle cloud ERP. If that happens, Ellison said, others will follow.

But—and there’s always a but—that’s all entirely dependent on whether SAP’s able to convince those customers to stick with SAP and not be the canary in Ellison’s coal mine.

“I’ve spent a lot of time in Germany talking to some customers and they want to move. Several very large customers say they’d like to move to the cloud,” Ellison said.

Ellison is ultimately betting that the need for modern enterprise applications will outweigh that reluctance, and that as the inevitable decision to go to the cloud is made, those customers will judge Oracle’s SaaS applications to be superior to SAP’s.

“Customers want to use modern technology,” said Ellison. “They want to move to the cloud and they can do that with Fusion and they cannot do it with SAP. So we think it’s huge opportunity for us.

“But we have to have a core of references before these big guys are going to move.”

In Oracle’s following earnings call in mid-December, Ellison reiterated that general story line, part of which I covered in a piece called Oracle Against the World: Ellison Trashes SAP & Workday but Grows Only 1%.

In an interview on CNBC during the Davos conference, SAP CEO (at the time, co-CEO) Christian Klein unconditionally rejected Ellison’s remarks. You can read about that in Oracle-SAP Showdown: SAP Calls BS on Larry Ellison Claim of Snatching Huge SAP Customer.

In a preview of Oracle’s fiscal-Q3 earnings call, I posed the question: Oracle-SAP Showdown: Will Larry Ellison Rip Huge ERP Customer from SAP as Promised? The answer: he did not.

As a followup to Oracle’s fiscal-Q4 earnings call, I offered this update: Oracle and Larry Ellison Go Silent on Snatching Huge SAP Customers. Here are the first few lines from that article:

Six months ago, Larry Ellison publicly promised that in March, some of SAP’s largest ERP customers would rip and replace those mission-critical systems and replace them with Oracle Cloud ERP.

In March, Ellison once again declared very publicly that loads of SAP’s biggest customers were in the final stages of replacing SAP’s on-premises ERP systems with Oracle Cloud ERP. It was, he said, just a matter of a little time.

But last week, in Oracle’s Q4 earnings call that lasted longer than most Oracle earnings calls, Ellison said not a single word about all those defections.

Not a single word. Not even a hint.

As we all know, this industry moves at an extraordinary pace and anything is possible. But judging by what has in fact occurred over the past year versus what was promised, I have to say that SAP emerges as the big winner over Oracle in this latest battle in the Cloud Wars.