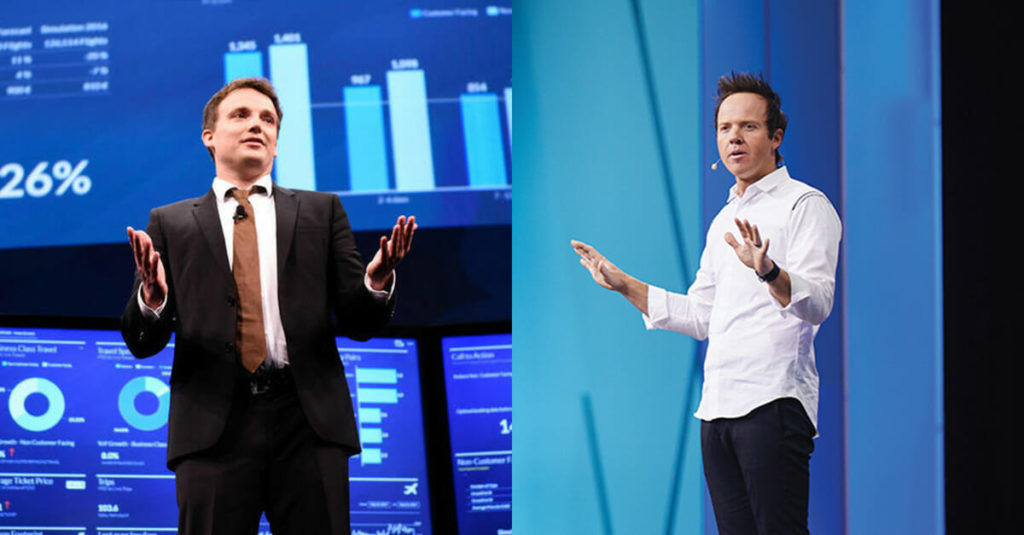 Tech-industry CEOs with high-growth businesses generally pour on the investments to scale that rocket as aggressively and as rapidly as possible.

And when that runaway business also happens to sit at the dead-center of where the industry’s headed, they pour in even more investments. And they begin repositioning other products or businesses to feed off the blaze.

So when SAP—one of the world’s top tech companies, fully committed to showing everyone that its best days are still in front of it—acquired Qualtrics 20 months ago for $8 billion, SAP created exactly that type of inferno.

But instead of pouring gasoline on the fire, SAP is spinning out Qualtrics in a forthcoming IPO. It is pushing away a company that less than two years ago was said to be SAP’s crown jewel.

Because, Klein says, Qualtrics has been so successful.

Because, Klein says, Qualtrics has so much potential.

Because, Klein says, the infusion of Qualtrics’ capabilities into SAP’s other SaaS apps is getting rave reviews from customers.

Because, Klein says, Qualtrics needs autonomy… but also needs SAP, post-IPO, to be its largest shareholder.

Because, Klein says, Qualtrics will thrive with SAP as its major go-to-market partner.

If Qualtrics has been such a blowout success—and that’s what SAP has said consistently for the past year and a half—and if it has such great potential, and if “experience management” is the Holy Grail of the tech sector because every business now wants to create fabulous customer experiences and employee experiences, then why the heck would Klein push it away instead of keeping it at the epicenter of the company?

Let me share Klein’s verbatim comments about the Qualtrics gambit from this week’s earnings call—perhaps I’m the only one puzzled by the rationale.

Most-recent performance: “Qualtrics had yet another fantastic quarter”

“And finally, Qualtrics had yet another fantastic quarter with strong growth and is helping us to differentiate our core applications by adding Experience Management, especially the combination with Success Factors. The Human Experience Management Suite resonates really well with our customers.”

By cutting Qualtrics loose as an independent company via IPO, it can better leverage SAP’s existing customer base

“[Qualtrics founder Ryan Smith] and I are convinced that the proposed partial IPO marks a win-win situation and creates the best setup for Qualtrics to fully tap the potential of a fast-growing Experience Management market. Under the leadership of Ryan and his outstanding team, Qualtrics will enjoy greater autonomy in expanding and leveraging its footprint, both within SAP’s customer base and beyond.”

“We will remain Qualtrics’ majority shareholder. We will also remain its largest and most important go-to market and R&D partner, while giving Qualtrics the independence to broaden its base by partnering and building out the entire Experience Management ecosystem.”

But we still love Qualtrics as much as ever or even more!

“Against this background, I want to emphasize that Qualtrics is and continues to be a key element of our Intelligent Enterprise strategy.”

So while I don’t have the mental horsepower to fathom what appears to me to be the absurd rationale for the spinout of Qualtrics, at the same time I give Klein great respect for making a tough decision and never blinking.

As superb a leader as Marc Benioff is, his company and its many products are clearly focused on the CRM category, which is a close cousin to Qualtrics and XM (experience management). With both Qualtrics and SAP’s traditional ERP business, however, Klein would have to master both markets, and make both seem like the centerpiece of SAP’s strategy.

And clearly, competitors such as Oracle and Larry Ellison are just waiting for SAP to make any misstep in ERP or HCM or CX.

In that context, perhaps it makes sense to push Qualtrics away so SAP can capitalize and focus fully on its core business of ERP. And the many hundreds of millions SAP is likely to reap in the Qualtrics IPO will help fuel its aggressive growth ambitions for that business, particularly with the new Industry Cloud.

Reading between the lines

No one can blame Klein for trying to put the best spin possible on the Qualtrics IPO. And Qualtrics, under founder Smith and still within the broad SAP ecosystem, has an excellent chance to make Klein’s projections come true.

But, I sure wish Klein were free to say what the actual, deep-seated reasons were. Because in the Q&A portion of the earnings call, an analyst asked the SAP CEO to shed more light on the Qualtrics carve-out. Here’s the key part of Klein’s reply:

“In the last three months, the person to whom I talked the most is definitely Ryan. Because when I took over the company as sole CEO, of course a huge focus was on how to also move Qualtrics to the next level. I mean, when you look back 19 months, Qualtrics came into SAP and since then, Qualtrics has beaten all of our expectations, all of the objectives we have set in the initial business case.” [I’ve put that last part in italics to emphasize the superb performance Qualtrics has delivered.]

He continued: “But Ryan and I were actually—we are never satisfied with the current status quo. So we kicked around certain ideas and really with the underlying condition to accelerate the growth of Qualtrics. And while we have seen big success with the help of their sales force to sell Qualtrics into our installed base, we also have seen that Experience Management is really a fast growth category out there in the market. So, then, the idea of the IPO came up and actually we figured out that this is a win-win situation.”