SAP, Oracle and Salesforce Agree on One Thing: co-CEO Model Is Dead 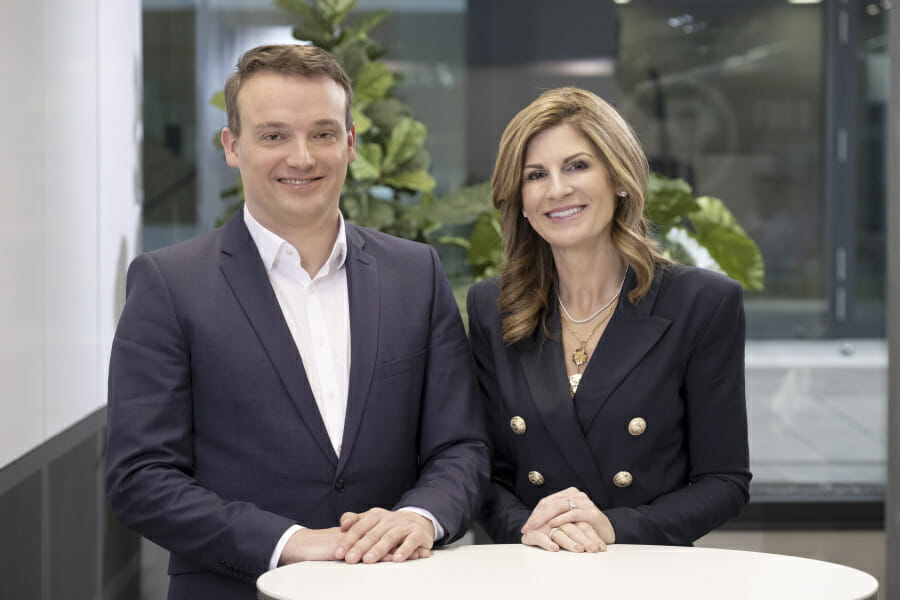 In the past 9 months, three of the world’s most powerful and successful software companies have all dropped the co-CEO model.

And while each of those companies has offered a different reason for making that high-level change, I believe they all did it for exactly the same reason: it’s a bad idea and doesn’t really work.

The proof of that is that if it were in fact a good and effective management model, then most companies would embrace it. Research would prove its efficacy. Thousands of treatises would be written and how and why it’s so wonderful.

With this week’s announcement from SAP about the departure of co-CEO Jen Morgan at month’s end, there probably are still some co-CEO arrangements among prominent companies either inside or outside the tech industry, but I’ll be darned if I can name one.

So why the tendency—well, the mini-tendency—in the tech industry to deploy this wildly unconventional approach?

Let’s take a look at what led Oracle and then Salesforce and then SAP to name co-CEOs, and then what inspired each to abandon that structure.

If you want to get technical about it, Oracle at one point had 3 presidents under CEO Larry Ellison. Back in 2011, then-president Safra Catz oversaw internal operations and then-president Charles Phillips ran sales and marketing while CEO Ellison ran product engineering. And when Hewlett-Packard forced out CEO Mark Hurd, Ellison hired Hurd and made him… president. Shortly thereafter, Phillips left to become CEO of Infor, leaving Catz and Hurd as presidents.

Three years later, in September 2014, Ellison stepped down as CEO and split the role between Catz and Hurd, who both eschewed the “co-” thing and were each called CEO.

That CEO pairing lasted for 5 years. It ended tragically in September of 2019 with the untimely death of Hurd.

In a very telling outcome, Ellison and Catz determined to drop the dual-CEO structure and have Catz become the sole CEO rather than looking to hire an externally focused and sales-oriented executive to replace Hurd.

Had Ellison believed that the two-CEO structure was the better way to go, he would surely have had his choice from among many of the world’s top executives eager and willing to fill that lucrative and high-profile role.

But Ellison, no doubt in close consultation with the brilliant and universally respected Catz, chose to go back to the single-CEO model.

Coincidentally, back in 2011 when Ellison hired Mark Hurd, Keith Block was a top sales executive at Oracle. There was a lot of talk about head-butting between the two, and in mid-2012, Block left Oracle to join Marc Benioff at archrival Salesforce as president and vice-chairman.

By all accounts, Block immediately delivered enormous value and impact at Salesforce, instilling greater levels of rigor and discipline in the global field operations of the fast-growing company. During Block’s time, Salesforce soared to the top of the SaaS world and along the way became, along with Amazon’s AWS, the unquestioned category kings of the cloud.

Benioff lavished praise on Block regularly and openly as the company’s revenue, market cap, organizational capabilities and global renown all grew. Block was instrumental in building out Salesforce’s partner ecosystem, its global stature and its vertical-industry clouds.

But 18 months later, in February of this year, Block left Salesforce. Benioff’s farewell tributes to Block were long and gracious, but they nevertheless were inextricably tied to Block’s departure from the company. He has not, to my knowledge, taken a new job elsewhere.

Late last year, well before Block’s departure was announced, Benioff named rising company superstar Bret Taylor to the position of president and COO and began taking steps to build a powerful global network of sales leaders. Perhaps those moves encroached on Block’s territory, or perhaps he believed they did so.

What we know for sure is that Block is gone and Benioff has given absolutely zero indication of wanting to name another co-CEO.

I always believed it was impossible for anyone to be Marc Benioff’s co-CEO. Benioff is Salesforce, in the same way that Larry Ellison is Oracle. To me, just as it’s inconceivable that anyone could have credibly been co-CEO at Oracle when Larry Ellison was still CEO, it’s just as unfathomable that anyone—regardless of talent, demeanor, charisma or brains—could be seen as a legitimate “equal” to Benioff within Salesforce.

It works on paper, but not in reality. It all squares up on an org chart, but not in the practical reality of running—and leading—incredibly powerful, fast-moving, influential and valuable companies.

So unless Benioff’s willing at some point in the future to step out of the CEO role and become chairman, I hope he doesn’t try the “co-” thing again.

Here’s where the co-CEO model, at least in the tech industry, was born. Decades ago, founder Hasso Plattner stepped out of the CEO role to become chairman, and felt that two CEOs would be needed to fill his shoes. Around 2009, when his company was floundering after the disastrous promotion of longtime SAP executive to be the sole CEO, Plattner decided that it wasn’t purely Apotheker’s fault and that the single-CEO model was also to blame.

So Plattner named an outside co-CEO (Bill McDermott) and an inside co-CEO (Jim Hagemann-Snabe). For a couple of years, the two worked very well together. But as SAP regained its footing and began to grow and flex its muscles in a fast-changing market, Hagemann-Snabe resigned. McDermott presided as sole CEO over SAP for a decade marked by record performance in revenue, earnings, market cap, customer satisfaction and more.

When McDermott left late last year to become CEO of ServiceNow, Plattner once again decided that two CEOs are better than one. In October of 2019, he named sales superstar Jen Morgan and internal wunderkind Christian Klein as co-CEOs.

But after 6 months, that once-promising partnership ended. This was due, according to SAP, to the need for streamlined decision-making in today’s troubled COVID-19 times.

“More than ever, the current environment requires companies to take swift, determined action which is best supported by a very clear leadership structure,” SAP said in an April 20 press release. “Therefore, the decision to transfer from Co-CEO to sole CEO model was taken earlier than planned to ensure strong, unambiguous steering in times of an unprecedented crisis” [emphasis added].

The release then offered this quote from Plattner: “I am grateful to Jennifer for her leadership of SAP, including all she has done for the company, our people, and our customers. This transition comes at a time of great uncertainty in the world, but I have full faith in Christian’s vision and capabilities in leading SAP forward toward continued profitable growth, innovation, and customer success.”

Second: SAP says the shift from co-CEO to CEO “was taken earlier than planned.” So SAP’s making clear that the “co-” thing was always meant to be temporary.

I get that—it’s an imperfect model not just for SAP but everywhere in the tech industry that it’s been tried.

If pigs had wings, the bromide goes, they’d be eagles.

If companies were meant to be led by co-CEOs, we’d see that model everywhere instead of nowhere.

And I’d still like someone to answer this question: if two CEOs are better than one, then wouldn’t three CEOs be better than two?