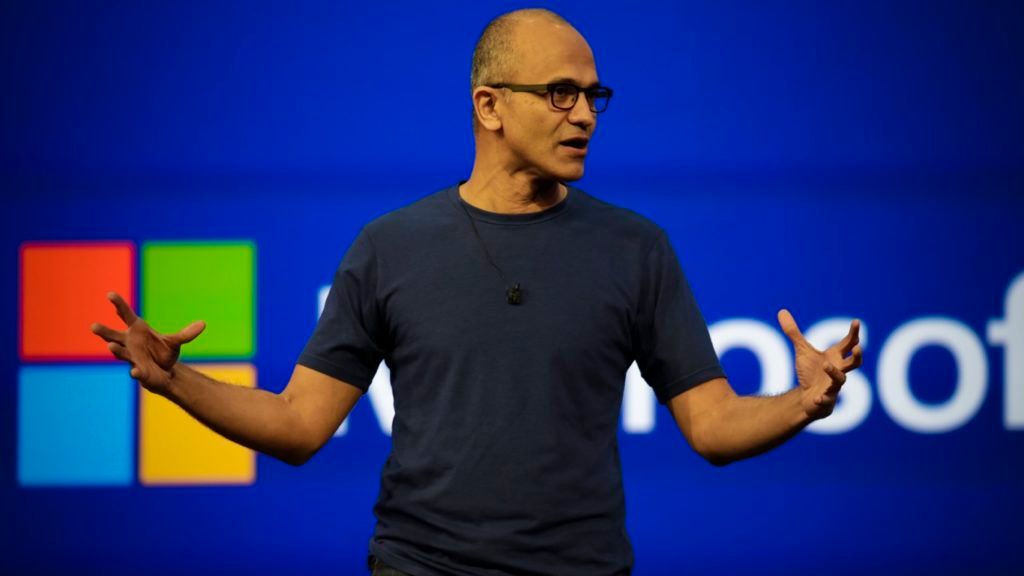 A point I’ve been making loudly and relentlessly for the past two years—that Microsoft’s cloud business is larger than Amazon’s—has now been echoed publicly for the first time by none other than Microsoft CEO Satya Nadella.

While many in the media, along with a surprising number of analysts, continue for reasons I can’t fathom to incorrectly state that Amazon’s AWS unit is the runaway leader in the cloud, the simple fact is that Microsoft’s commercial-cloud business revenue as at least 25% greater than that of AWS.

My guess is that many in the media choose to believe that “cloud” equates only to public-cloud infrastructure. So they take analyst projections of IaaS market share and incorrectly extrapolate those figures to represent the entire enterprise-cloud sector.

Now that Nadella has publicly stated who’s #1 in the cloud, perhaps some of the fluff and flak surrounding AWS’s nonexistent superiority will dissipate. (Then again, perhaps not. But I’m a firm believer that ultimately, the truth will out.)

In the third sentence of his opening remarks during Microsoft’s July 18 earnings call for its fiscal-Q4 results, here’s the money comment from Nadella: “Our commercial cloud business is the largest in the world, surpassing $38 billion in revenue for the year.”

You can read not only that line but also the full transcript for yourself—and you can read my analyses of the key points from the earnings call in Microsoft’s $50-Billion Moonshot: #1 Cloud Vendor Lays Out New Growth Plans and #1 Microsoft Cloud Revenue as Big as Salesforce, SAP, Oracle, IBM Combined.

As I’ve said many times before in probing this confusing situation, I have nothing but great respect for Amazon’s cloud business. Their achievements in innovation, quarterly growth, customer engagement, scale-out and branding have been remarkable. Perhaps in some other universe where Microsoft doesn’t exist, Amazon would be #1 in the cloud.

But reality rules, and Microsoft is as real as $11 billion in quarterly cloud revenue can be (yes, $11 billion in cloud revenue for the *quarter*, not the whole year). And while Nadella in past earnings calls has praised his company for having the industry’s broadest array of cloud services and related offerings (a claim AWS has also made), he’s never gone so far as to proclaim that Microsoft’s #1 in cloud revenue.

It was extremely important for Nadella to do so. Because as the cloud becomes the core strategic platform for digital business and the global digital economy, it’s vital for business leaders to understand what the cloud is and how they can best deploy it for innovation, revenue growth, and ever-improving customer experiences. (For example: Microsoft-SAP Juggernaut: Huge Pharma Moving All SAP Workloads to Azure.)

So here are 3 sets of numbers that show, head to head, Microsoft’s commercial-cloud revenue versus the revenue of Amazon’s AWS unit. You will see that no matter what slice of time you choose to look at, Microsoft’s cloud revenue is significantly larger than that of AWS by a margin of roughly 25% to 30%.

For the 12 months ended March 31, 2019, quarter-by-quarter numbers plus 12-month totals. This will allow you to see the most-recent 12-month totals for each company, since Amazon’s Q2 results don’t come out until this afternoon.

For the quarter ended June 30, 2019, the official revenue numbers from Microsoft for its commercial-cloud business and *my estimate* of the AWS figures for that same period.

**this is my estimate, NOT an official figure—Amazon will release its Q2 numbers later today. Estimate based on 39% growth, which is where AWS is trending and the same rate achieved this quarter by Microsoft.

For the 12 months ended June 30, quarter-by-quarter results plus the 12-month roll-ups for each company. Microsoft’s numbers will all be official, while the AWS numbers will include *my estimate* for the quarter just ended—it will be the same estimate as mentioned above in #2.

Again, this is no knock at Amazon or AWS. They’ve been wildly successful in the cloud and by every indication will continue on that trajectory.

Rather, it’s a fact-driven acknowledgement of leadership in a world-changing technology category that is transforming how the world lives, works, plays, learns and dreams.

For an industry with a pedigree like that, it’s important to know who the leader is: who’s setting the tone, who’s dictating future directions (as shown clearly in Why Microsoft’s Beating Amazon: Cloud Deals with SAP, Oracle and ServiceNow), and who’s plotting the course that most other players in the industry will follow and/or build upon.

And in the enterprise cloud, there’s zero question about who the #1 company is.

It’s Microsoft, by a mile.

And now even Satya Nadella’s admitted as much.