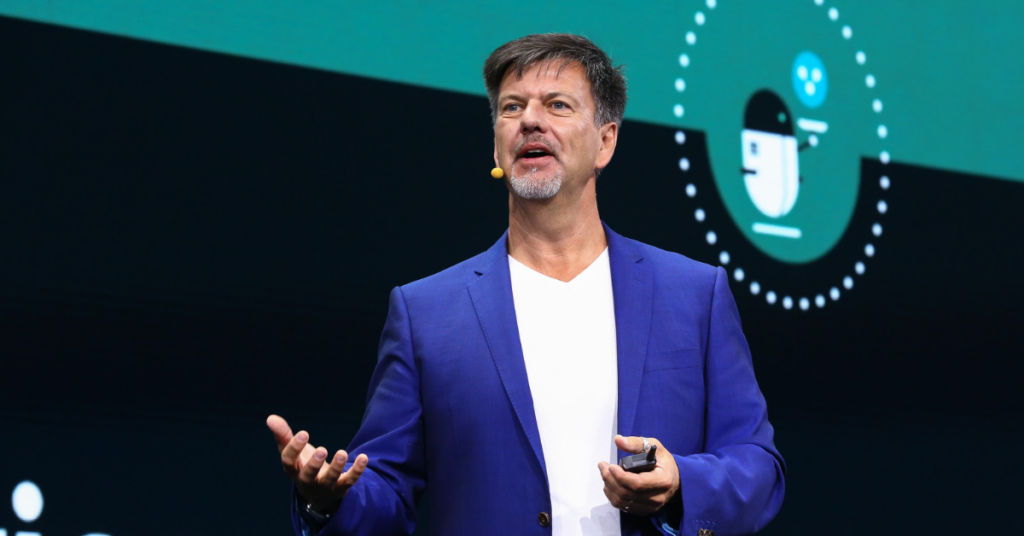 With a market cap of $50 billion and annual revenue likely to be well over $3 billion, ServiceNow has blown past niche status as it fuses digital workflows with great experiences for employees and customers.

And ServiceNow has accomplished all that while avoiding head-on competition with major enterprise-software players such as SAP, Oracle and Microsoft.

As part of our Cloud Wars Top 10 ‘Executive Insights’ series, I spoke recently with ServiceNow chief innovation officer Dave Wright. We explored the company’s unique approach, heard about some great customers, and got a fix on where ServiceNow is headed.

Wright offered compelling insights about recent trends in digital innovation and digital business throughout our conversation (and you can catch the entire episode here). To give you a sense of some of Wright’s major themes, I’ve pulled out some intriguing excerpts from our sit-down, below. To me, these statements illuminate how ServiceNow is helping customers turn their sprawling IT estates into focused “systems of action” that drive great experiences for customers and employees.

Dave Wright: “Now, the nice thing for me, is I get to go to customer sites, and I’ll see things that they’ve built that I never even imagined. Or I look at something and go, ‘Wow, this is our product!’ And you go from the world of originally seeing people raising tickets about routers being down and servers not working, and now you see people building applications that are actually life-changing for people. You see it being deployed in hospitals, managing patients, and it’s just been amazing to see how we’ve actually gone through that whole process.”

How ServiceNow, Alexa and Deloitte Are Improving Patient Care

DW: “One of the best examples I saw recently was in Australia, where the guys from Deloitte had gone in, and they’d built this product called DeloitteASSIST on top of the platform. And it’s a really cool idea but again, I wouldn’t have imagined it. What they’d done is, they’d looked at the way hospitals deal with emergencies. Everyone has these panic buttons, and the panic button gets hit, the light goes on, the nurses run in with the crash cart. But that’s a binary process, so it’s either on or off. Quite often, the nurses will get there, and someone might be too hot, or they’d need the bathroom, or they’d be hungry—but that was the only way they could communicate.

“What Deloitte did, is they went in and they actually put Amazon Dots in replacements of those buttons. So now someone could say, ‘Hey Alexa, I’m hungry,’ or, ‘Hey Alexa, my room’s too hot,’ or, ‘Hey Alexa, I’m in pain.’ And what would happen is that would be generated as a work case for the nurses. But in some cases, it would automatically be routed to Facilities, or it would be routed to Catering. So the nurses got to make sure they were only working on things that were critical for their time and weren’t wasting time. But it also meant that the patients got a much better experience now.”

Choice Is an Essential Ingredient for Great Experiences

DW: “If you’re giving someone a good experience, you can’t say, ‘And this is how you have to do it.’ Because as soon as you do that, they’re like, ‘Ah, that might be good for you, but that’s not a great experience for me. I don’t like that.’ ”

DW: “I think everyone’s focused on, how can they use technology to be able to make the business better? This is the core tenet of digital transformation: how do you transform what I do in an existing way to make that better, to free up time to do innovation in the future and actually drive the business?

“And I think everyone’s realized that the way to do that is to start to make people more effective. That’s what you see around everything from artificial intelligence to automation to mobilization. Everyone’s trying to make the world easier for people to do work in. Once you can free up that time, that’s when you get the opportunity to be able to do things that are more creative or do things that are more innovative.”

The Rapidly Expanding Power of Software

DW: “You also see it with hospitals, where hospitals are looking at what they can do with software. And you see hospitals even migrating into becoming software divisions that then start to service the whole of the medical community. I think it’s a global phenomenon, and it’s an industry phenomenon. It’s not specific to a certain vertical; I see it everywhere I go.”

DW: “Customers have all these different systems of engagement sitting at the top level, where people want to come in via a different method to access something. And for us in the middle of that, we have what we think of as a system of action, where you actually have the workflow that moves the workflows across those systems of record. And that could be something as basic as someone putting a change of address, someone getting married and changing their name.

“All those things that need to echo across multiple systems, through to a very complex process like relocating an office from one city to another. Again, a lot of things that have to happen. And we think we’re pretty uniquely placed to actually sit in that workflow area.”