Editor’s note: This article by Jiri Kram was originally published on LinkedIn on Dec. 2, 2020.  Jiri has published several articles here at Cloud Wars over the past 9 months, and as with all of his other insightful and compelling pieces, this article reflects Jiri’s informed views and does not necessarily reflect the views of Cloud Wars. Jiri is a solution architect who studied FinTech at MIT and has a particular emphasis on ML and blockchain, and he’s worked with Salesforce technology for many years. In November, Cloud Wars published an article by Jiri called Did AWS Just Win the Cloud Deal of the Century, preceded by two in September:  Can Salesforce Become the Next Trillion-Dollar Company? and  Snowflake: IPO That Made Salesforce and Warren Buffett Bullish.

On December, the first, 2020, Salesforce acquired Slack for $27.7 Billion. Here is what preceded and will happen next.

Here is the other side of the story; you might not know:

“Slack – this company is the biggest surprise from the last round. It was number 1 on my watch list of pre-IPO companies, but now is the absolute number one. Slack is a clear game-changer and disruptor of various highly profitable franchises. Who should buy Slack and do it quickly? 1) Microsoft – if Slack goes to Google, Microsoft Office 365 will have a massive competitor, 2) IBM – Slack is a Lotus Notes killer. Anyone who lived through the hell of using the worst enterprise application in the universe knows how far behind, somewhere in the 19th century, Lotus Notes is from Slack and Office 365. If IBM buys Slack it can stop the massive churn, and hate of Lotus Notes users (I am one of them) 3) Google – if Google for Work wants to create traction Slack finally is the way to go: integrate with Gmail, Hangouts, Google Docs and you aim directly at both IBM and Microsoft, 4) Salesforce – will likely join the bidding war too because the potential ability to attack both IBM (Lotus Notes) and Microsoft (Office 365) will be too great a temptation to resist for Marc Benioff, 5) Facebook – Marc Zuckerberg has long dreamt of getting Facebook to enterprises and companies. If he gets Slack, it will be a direct blow to all competitors in this space: Google, Microsoft, IBM and Salesforce.”

This is an extract from my article Top 25 Companies that will be acquired next from (August 2016).

The article was originally published on LinkedIn and gained around half a million views. I had to delete in 2017 when I joined PwC and had to follow independence rule. But some copies still survived till today (https://bsi.com.au/the-25-hottest-tech-companies-that-could-be-acquired-next-august-2016/)

The most controversial part of my article was this:

Yes, my 2016 model estimated also the takeover price. As you can see in 2020, Mr Benioff paid $27.7 well aligned with my model 2016. My article also contains a few other names that may sound familiar: MuleSoft, Tableau, Magento, Gigya, Apttus, Appirio, Hortonworks, Krux, Ping Identity. 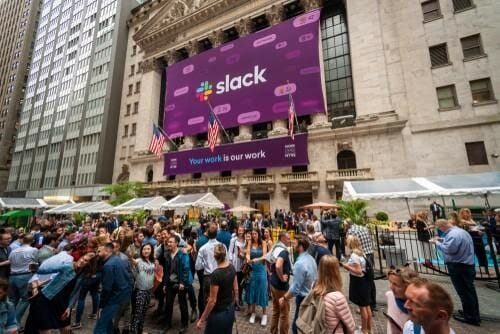 Now, let’s forward to 2020 and let me tell you what will happen next and will answer the following questions 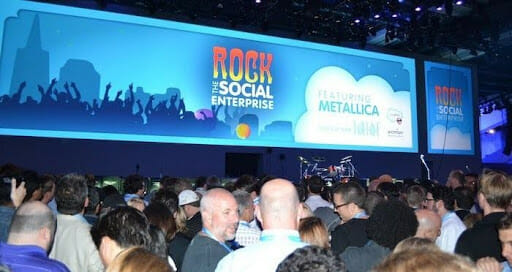 First time I heard Marc Benioff’s vision of Social Enterprise I was among the crowd (where this picture was taken) waiting for James Hetfield, Kirk Hammett, Lars Ulrich and Robert Trujillo at Moscone centre. The year was 2011, Metallica’s ‘Enter Sandman’ was the theme song of Dreamforce, and I was eagerly waiting with a couple of thousand people to hear it live! In 2011 Salesforce was this hot fast-growing company we all loved and had so much fun working with. During this time, Marc had a big vision where Salesforce would be omnipresent around all processes inside the company. He knew that for Salesforce to achieve that big dream, he needed to become a fabric that business would operate on. Chatter and Salesforce 1 were the first steps to this future. But there was one problem – Oracle Database (the foundation of 2011 Salesforce) couldn’t scale to his social-enterprise vision. Then out of blue several years later came Slack and unlike Oracle-based Salesforce, Slack had no problem with scaling. Salesforce engineering team took notice. 2020 was just the right moment when Slack was undervalued in the market.

Why paying a premium? 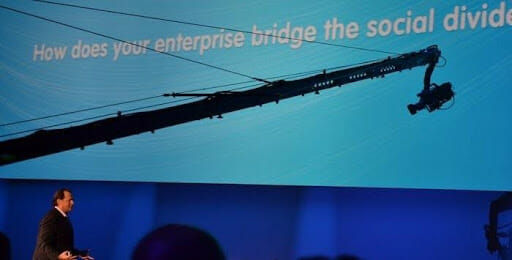 Do you think Marc Benioff overpaid? Not at all. Who do you think is the real target here? No, Microsoft Teams, this is just collateral damage. The real target is ServiceNow. Benioff’s team noticed two things. 1) Under Bill McDermott ServiceNow became much more than just an “IT helpdesk”, Bill’s vision goes beyond IT. NOW’s next target is the main cash cow of Salesforce – Service Cloud. If Bill McDermott would succeed NOW could become an alternative to Service Cloud, 2) $NOW share price also is way higher than Salesforce despite much lower revenues. Why? Because it’s expected someone will buy Service Now and this someone is Microsoft. If Microsoft buys ServiceNow and merges it with Dynamics 365, it will become dangerous for Salesforce. So, to hedge against Microsoft acquiring ServiceNow and thus, Marc Benioff needed a trojan horse sitting in IT departments same as ServiceNow. Slack was the weapon of choice.

Because we are in times of uncertainty, there is a transition in White House that could come up with next taxation on capital gains, and thus the availability of capital for M&A and its cost could increase. Given Salesforce is buying Slack with cash and the equity, the price of the deal today is much lower than it would be a few months from now. But there is, of course, one more thing that no one took notice and it’s about 2023. In case you don’t know what it is you will find about it next.

Who is the biggest winner?

What will happen next? 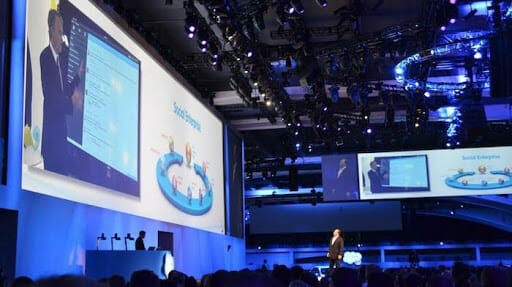 You can already feel it at Reinvent. Salesforce logo is featured more and more, and new AWS services like Amazon Connect Customer Profiles, Amazon Connect Wisdom….etc are already linked out of the box to Salesforce. Amazon also starts publicly talking about powering Salesforce’s ML services. You can even see the Salesforce logo among Lambda customers. It is just a start because right now everything depends on US Congress.

Will AWS stay part of Amazon? If yes, you still have two independent companies Amazon and Salesforce. If not, then AWS will be spin-off as a new public company. And guess what will happen next? AWS will create a joint venture (that’s why Marc Benioff needed to level the playing field with Andy Jassy by acquiring Slack) where Marc will run application part of the newly formed company, and Andy will focus on infrastructure. This new company will have a valuation of over one trillion dollars. It will compete head-to-head with only one competitor Microsoft because no one else will be able to match the size of AWS Salesforce empire. 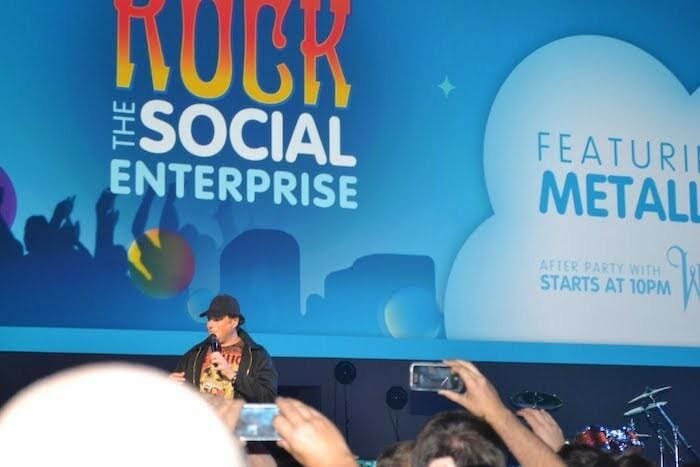 Author’s disclosure: I am long CRM, AMZN and WORK. I wrote this article myself, and it expresses my own opinions.

Additional author’s disclosure: The information contained herein is for informational purposes only. Nothing in this article should be taken as a solicitation to purchase or sell securities. Before buying or selling any stock you should do your own research and reach your own conclusion or consult a financial advisor. Investing includes risks, including loss of principal.