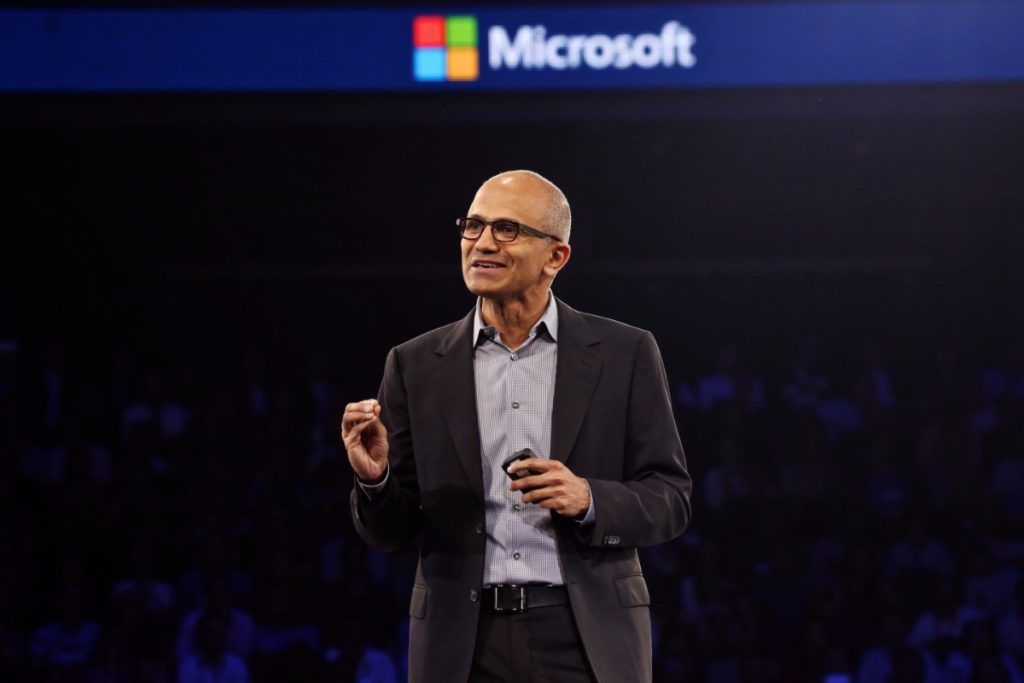 As the digital economy takes hold and the cloud and ML power business innovation at an unprecedented scale, today’s robust IT budgets pale in comparison to what’s coming over the next several years.

“Tech spending as a percentage of GDP is projected to double over the next decade,” Microsoft CEO Satya Nadella said last week.

While that will be driven in part by businesses continuing to buy and deploy enterprise technology, the coming tech-spending boom will also be propelled by those companies developing their own applications and solutions.

I dug into a related idea earlier this week in a piece called How Satya Nadella and Microsoft Are Digitalizing the World. Today I’d like to emphasize a few important details surrounding that looming phenomenon that many other companies are pursuing as well.

First: think about that forecast for an extraordinary tech-spending boom outlined above by Nadella. “Tech spend as a percentage of GDP is projected to double over the next decade.” While we’ll all start to see and feel the impact of that in much less than 10 years, the key point is that it will be a long-lived and accelerating trend.

Also, if business conditions in the United States remain even close to what they are today, then GDP itself will continue to grow steadily and significantly. That will, in turn, ratchet up the dollar volume of the corresponding rise in tech spending that Nadella has forecast.

Second: we’ve all heard various metaphors about the new role of data in our lives today. So while you’ve probably heard this one before, consider that it’s being said by the CEO of one of the world’s most visible, influential, successful and data-driven companies in the world. Data, Nadella said last week, is “the real currency of this next era.”

Third: we’re seeing every large and mid-sized maker of enterprise applications overhaul and modernize and expand their portfolios as rapidly as possible because the digital economy requires and demands it. This reality is a powerful proof of the proposition that what got us here won’t get us there. And it’s a clear indicator of why Nadella believes that data is “the currency” of what he calls “this next era.”

Fourth: the big tech providers must make it incredibly easy for customers to find, manage, and have seamless access to all of their data. On Microsoft’s earnings call last week, Nadella outlined how Microsoft’s approaching this new model.

“What the world needs today is a business-application suite that is more comprehensive and that can turn what is the real currency of this next era—data—into predictions, insights and automation without boundaries,” he said. All of the big tech vendors are pursuing this objective, which is something that’s never been achieved before. If they can make it happen, that breakthrough will be part of what drives this potential boom in tech spending.

For Microsoft, that means rebuilding Dynamics 365 as cloud-native apps on top of Azure and “cloud-native in terms of its use of databases,” Nadella said on the call. So the Dynamics 365 apps contain “insights modules” built on Azure Synapse. Plus, Dynamics 365 can be integrated deeply into LinkedIn and into Microsoft 365 to deliver that end-to-end access to data.

Fifth: businesses have long given lip service to combatting cybercrime but have rarely matched that rhetoric with actual investments. Will a looming trillion-dollar exposure finally shift that talk to action? “Cybercrime will cost businesses, governments, and individuals $1 trillion this year,” Nadella noted somberly on the call.

Sixth: the rapid global proliferation of citizen-developers has reached a breakthrough stage—and the acceleration continues. “One of the data points I love to use is this: the number of developers in the non-tech sector is now more than in the tech sector,” Nadella said on the call. “These are software engineers, and their numbers are only going to increase in the world going forward.”