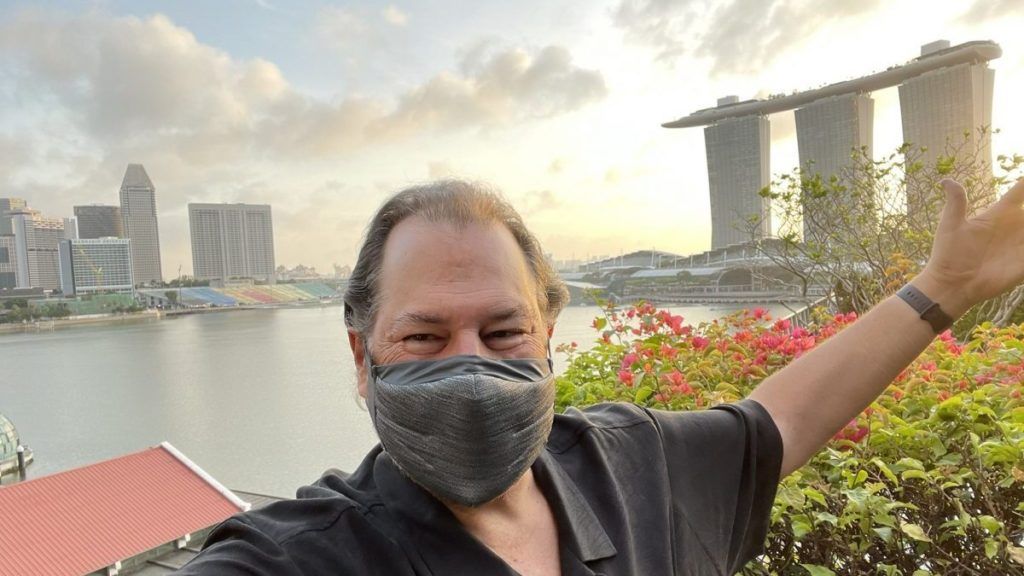 Describing what he called the greatest quarter in Salesforce’s storied 22-year history, CEO Marc Benioff used his recent fiscal-Q1 earnings call to evangelize how the company’s top-to-bottom transformation has set it on a path to $50 billion in revenue within 4 years.

On my weekly Cloud Wars Top 10 rankings, Salesforce is #4 behind #1 Microsoft, #2 Amazon, and #3 Google Cloud.

Always thought-provoking, Benioff uses these earnings calls in ways no other CEO attempts by becoming not a guest to be queried but rather part MC, part moderator and part Greek chorus, leading the questioning of his executive team and occasionally entertaining a query from the financial analysts.

In last week’s call, he drew out the 3-pronged transformation of the company—operations, sales and product development—while also confirming his commitment to being a $50-billion company by 2026 and promising to overtake SAP as the world’s leading provider of enterprise applications. For more on that, please see Salesforce Vs. SAP: Can Marc Benioff Overtake SAP as #1 in Enterprise Apps?

And I’d bet that no other CEO in any industry has ever dropped the A-bomb—“awesome”—11 times during his/her opening remarks as Benioff did.

I’ve included a few of those below among what I think are the 10 most-interesting and -revealing perspectives that Benioff shared during the earnings call. Given the success Salesforce has had and the ongoing growth to which Benioff is fully committed, these 10 quotes probably have a lot to offer to pretty much anyone interested in strategy, culture, growth, innovation, and leadership.

“Obviously, we invested last year. We didn’t pull back. We knew we had to go for it and we had to go all out. And that’s counterintuitive. As some were thinking, ‘The world is ending!’, you instead have to find a way to go all out and realize that the world is not going to be ending in a year from now. And it’s hard when you’re in it because people start to panic. It’s a normal human reaction—I mean, we even had executives in Salesforce who came in and said, ‘Oh, we’ve got to cut! We’ve got to do this, have to do that!’

“Instead, we reshaped. There’s no question that we did some slight reshaping but we didn’t do any massive layoffs or anything like that of any consequence or tried to cut dramatically in some area or whatever. It was like, ‘No, we need to reshape to grow. We need to invest to grow’… So a year ago, it was a decision based on experience that is we have seen it, whether it was the recession of 2001 or the financial disasters of 2008. Those are just moments… You’ve got to keep going. And that moment is the time to go because, in many cases, your competitors are pulling back because they’re afraid. And when your competitors are afraid, that’s when you need to invest, and that’s where you really need to grow.”

“When you think about what Slack is going to do in terms of transforming our company, when each one of our clouds become Slack-first, that is a huge accelerator in all this.”

“She’s figured out how to take the changes that have occurred in the pandemic—less travel and less real estate and less events—and kind of rebuilt the company from the bottom up. And I think that’s where we’re really starting to see Amy’s genius take place—revenue of $5.96 billion up 23% and 20% in constant currency, cash flow of $3.23 billion, operating margin at 20.2%, plus but the ability to raise guidance for the year. It really gets down to this new model she’s pioneered and installed in the company. And it’s given us a fresh look at how we run our business and what we’re going to do in the future and how we think about the right balance between revenue and cash flow and margin. And the pandemic gave all of us the ability to not only reset our lives but also our businesses. And when we look at resetting our businesses, we also have to reset our financial models. And I think that this is the result of now four amazing quarters of this financial model emerging.

“Here’s something else that means a lot to us, and this is kind of a moment. And I think we can say this—but we still have to kind of get our head around it. We’re about to pass SAP as the largest enterprise applications company in the world… And it’s awesome to be not just be #1 in CRM, but yes, we’re going to be the #1 enterprise software applications company in the world, passing SAP. This is a moment, and we can see it’s imminent.”

“We hit an all-time high in seven-figure-plus transactions with more than 120% growth year over year in these huge transactions. It really shows that the whole world is going digital, and our customers are connecting with their customers in a new way, and everyone needs CRM to do it, and they need analytics, and they need integration…. On average, these seven-figure transactions, they included four or more of our clouds. That’s awesome.”

“We’re seeing more and more inclusion of Tableau and MuleSoft in our large deals as customers accelerate their digital transformations… Tableau was part of eight of our top 10 deals. That really is evidence of the penetration we’ve had with Customer 360, and of its success. And MuleSoft was included in five of these top 10 deals.”

“Everyone knows the strategic nature of CRM, and this is the eighth year in a row that we’re No. 1 in CRM, which is awesome.”

“Dreamforce is coming back in person in 2021 to San Francisco, as well as simultaneously in New York, Paris, and London. So it’s going to be a global Dreamforce and we’re going to have thousands of people at every venue… I hope all of you will be there September 21st to 23rd. It’s going to be the first global Dreamforce, and we’re going to host groups of Trailblazers in COVID-19-safe places, along with tens of millions online.”

“We’re grateful for the phenomenal quarter which far exceeded our expectations. And I’ve just never seen a quarter like this…  It’s not just the best first quarter we’ve ever had—I think it’s the best quarter we’ve ever had. We delivered $5.96 billion in revenue, up 23% year over year. The customer velocity, the pipelines, the growth of the company, the ability for the teams to interact and have a huge impact—it was just awesome.”

Disclosure: At the time of this writing, Salesforce and SAP were among the many clients of Cloud Wars Media LLC and/or Evans Strategic Communications LLC.