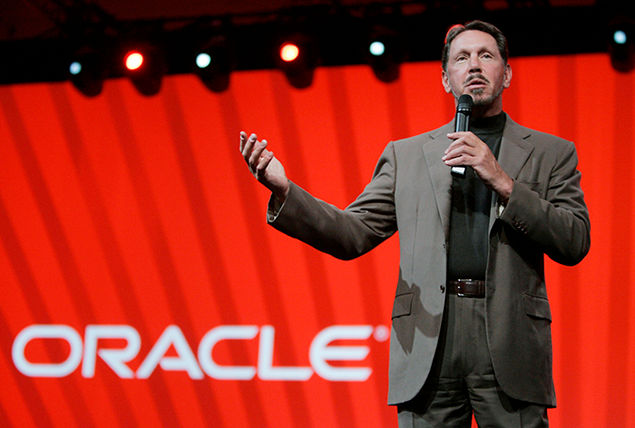 I’m not into astrology in any way, but last week marked the birthdays of two extraordinary people who revolutionized their industries, were misunderstood by many, were foolishly underrated by some and never did things the way others did.

Roberto Clemente was the most dynamic, unique, charismatic and disruptive baseball player I’ve ever seen, and he was born on Aug. 18.

Larry Ellison is the most dynamic, unique, charismatic and disruptive business executive I’ve even seen, and he was born on Aug. 17.

Growing up near Pittsburgh, I was lucky enough to see The Great Roberto play dozens of times and saw him dazzle fans, opponents and teammates with the way he could throw, hit, run, field and inevitably force the other team to do things differently to try to somehow deal with or be prepared for Clemente.

And for 44 years, Larry Ellison—the last of the great founder-operators in the tech business—has rattled his opponents and quite often delighted his customers by doing things other companies either couldn’t do or wouldn’t do:

And we should be sure not to overlook his foray into world-class sailboat racing where he conceived and introduced a new type of boat no one else had ever imagined: a trimaran with the largest fixed-wing sail ever built. I always got a big kick out of the comment made by the rich-kid owner of a competitive team who saw the incredible Oracle boat for the first time and groused, “Well, if I had known Ellison was going to build a boat like that, I would have built one too.” As the kids say, “well, doh!”—that is the point of disruptive innovation, isn’t it? To create things that others haven’t or can’t create?

Along the way, he’s ruffled plenty of feathers because he says what he thinks, a quality that I wish more business executives were willing to display.

But Ellison has also been deeply committed to philanthropy, as well as—in his own very quiet way—to the welfare of his employees. I describe one example of this is a recent Cloud Wars Minute episode that you can view here—and if you choose not to take my word for it, please read the comments and hear first-hand from a number of Oracle employees.

I think that in our modern society, way too much focus is placed on age—hell’s bells, I’ll have 65 candles on my birthday cake later this week and have never felt better. So I’m a bit hesitant to mention that Larry Ellison turned 77 years young last week.

That means that a decade or more beyond the age at which most people retire, the restless Ellison is not only the driving force behind Oracle and its $250-billion market cap but also a world-class sailboat-racing organization, a major professional tennis tournament, some remarkable innovations in sustainable agriculture and horticulture in Hawaii and who knows how many other activities.

I don’t think the tech industry—or perhaps the larger business world—will ever see the likes of Larry Ellison again. And I think his nonstop disruptive thinking and actions and vision and energy have, by extension, made the entire industry better, stronger, more successful and most of all more relevant.

I can’t wait to see what kind of mischief Larry will be stirring up when he’s 80—so happy 77th to a true legend.