The Top 10 Cloud Vendors by Revenue: Splitting a $120-Billion Pie 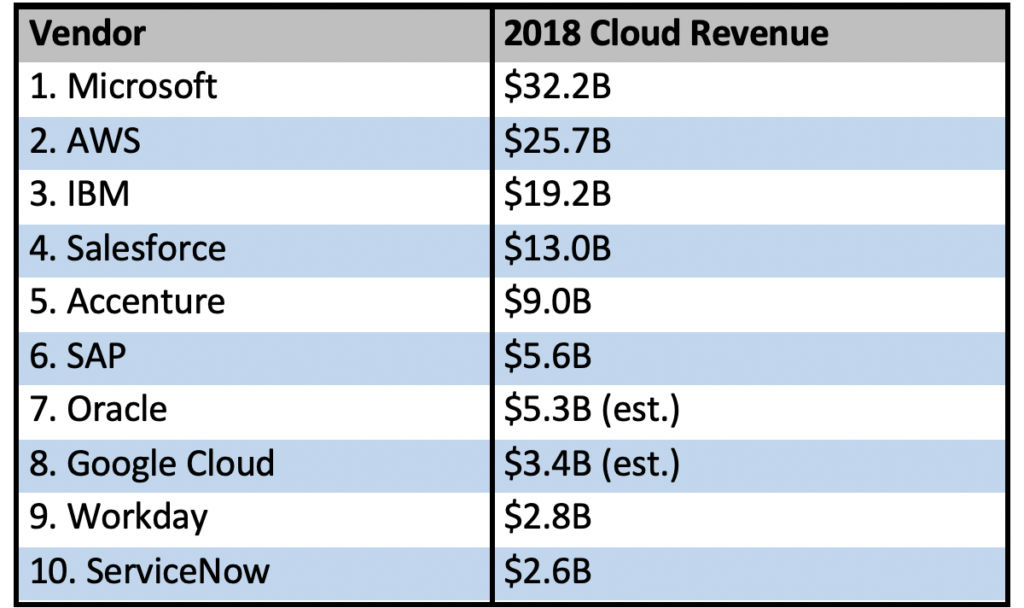 As one of the greatest growth markets in the tech industry’s history is just beginning to hit its stride, the 10 biggest enterprise-cloud vendors racked up total revenue of almost $120 billion during 2018, led by #1 Microsoft at $32.2 billion, #2 Amazon at $25.7 billion, and #3 IBM at $19.2 billion. 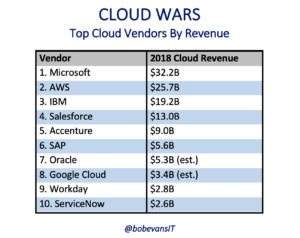 The biggest surprise to me on this list was the emergence of Accenture as a truly big-time player with 2018 cloud revenue of $9 billion, up 23% from 2017.

Overall, these numbers reveal how the cloud has moved rapidly from a peripheral idea that was potentially interesting but strategically sketchy to the mainstream platform for digital transformation, AI, and customer-centric business models and execution.

At the growth rates most of these companies are achieving, it’s more than likely that for 2019, the total revenue will jump from about $120 billion to more than $150 billion. 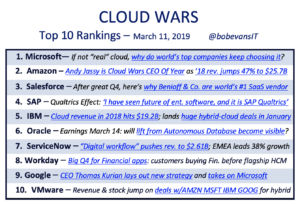 Disclosure: At the time of this writing, Microsoft, IBM, SAP, and Oracle are clients of Evans Strategic Communications.