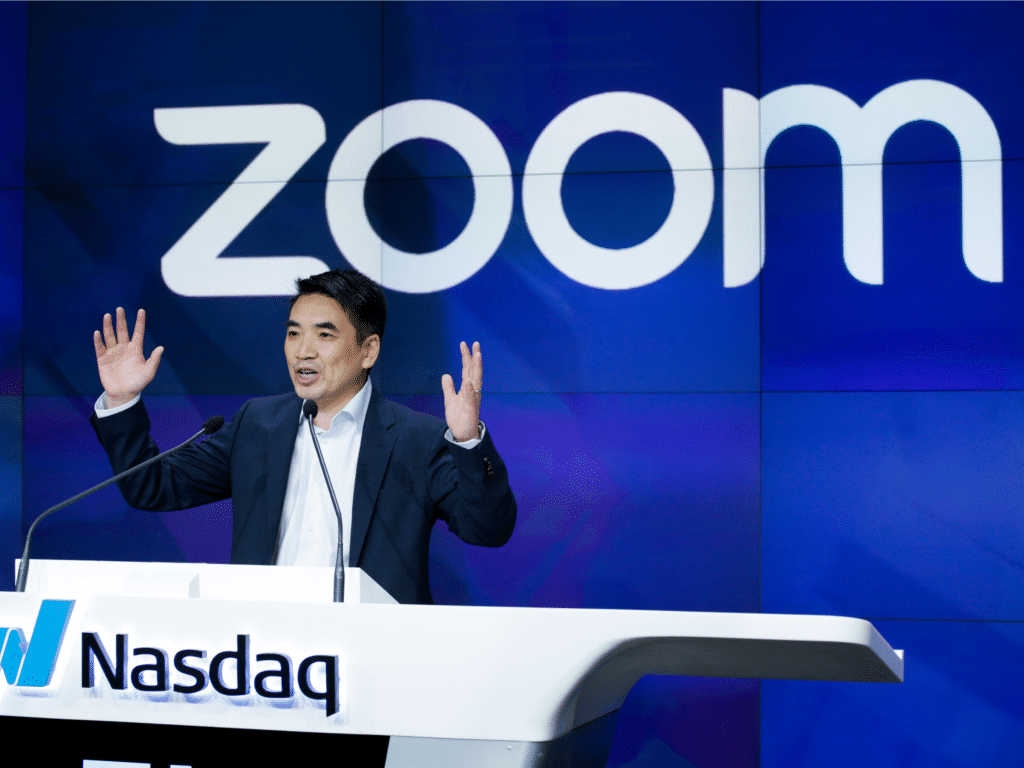 Few if any companies in any industry and under any circumstances have ever experienced a quarter that can match what Zoom Communications and founder Eric Yuan have just been through.

We’ve all heard some of the stories and some of the numbers, but I want to share some details here. Because Zoom’s not only a high-scale user of cloud technology, but also a high-flying cloud-technology vendor as well.

In particular, Amazon’s AWS unit and Oracle’s cloud-infrastructure capabilities played starring roles in Zoom’s extraordinary quarter. (On the Cloud Wars Top 10, Amazon is #2 and Oracle is #6.) Both companies rushed in during the period to help Zoom meet demand that was surging at rates that are hard to fathom.

So if anybody tries to tell you that all this cloud stuff is all just a lot of hype, feel free to share these details with that person. Well, first try to engage them in a bet, and *then* lay these stats on them. From Zoom’s June 2 earnings call for its fiscal Q1 ended April 30:

Zoom deployed “millions” of licenses for new customers in the quarter, with its category of “customers with more than 10 employees” spiking 354% year over year.

A large bank that had not done business with Zoom before deployed about 175,000 new Zoom enterprise licenses in the quarter.

Among the Global 2000, usage by customers grew more than 200% sequentially—not year over year, but compared to the quarter ended January 31.

From Yuan’s opening remarks on the earnings call: “Immediately during the crisis, our longtime partner AWS and its CEO Andy Jassy enabled us to meet this rapidly increasing demand. As our demand increased and we had limited visibility into the growth, AWS was able to respond quickly by provisioning the majority of the new servers we needed, sometimes adding several thousand a day for several days in a row.”

(And for some insight on Oracle’s role in helping Zoom keep up with that soaring demand, check out Can Larry Ellison Turn Zoom & Autonomous DB into Big-Time Oracle Cloud Revenue?.)

Pre-pandemic, Zoom had guided for $201 million. Of that huge actual increase, new customers accounted for 71% of the increase.

8. Big businesses are beating a path to Zoom’s door.

Revenue growth rate for the Americas was 150%, while revenue for APAC and EMEA (combined) grew at 246%. As a result, APAC and EMEA now contribute about 25% of Zoom’s revenue.

10. The rocket ride will continue.

After responsibly saying that forecasts in today’s troubled climate are difficult to make, Zoom offered Q2 guidance of $495 million to $500 million for the three months ending July 31. If Zoom can hit that $500-million target, that would represent a staggering sequential growth rate of 52.4%.