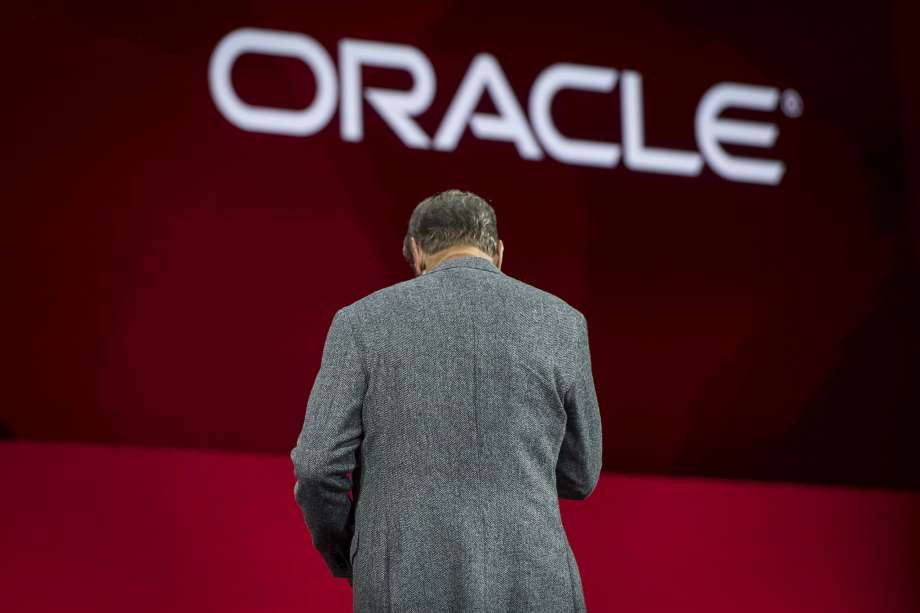 As Salesforce, ServiceNow and IBM have all recently fervently embraced the red-hot “platform company” position in the cloud market, Larry Ellison and Oracle have all but banished “platform” from their public presentations.

So what the heck is going on here?

My overriding reaction is that it’s great to see the industry moving beyond the early-days acronyms of IaaS, PaaS and SaaS, all of which always meant much more inside the industry bubble than they did to customers.

So when Bill McDermott recently spoke passionately about how ServiceNow is a “platform company,” it was good to see he didn’t say it was a “PaaS” company. I would like to think that as the cloud becomes the dominant IT architecture for the digital economy, the “as a service” descriptor goes the way of the vestigial sixth finger.

But a platform is something you build on, and that describes precisely what ServiceNow and Salesforce and IBM are doing with their current array of cloud services.

It also describes what Oracle is doing with its cloud services, but Larry Ellison always goes his own way. In this case, he seems very specifically determined to define Oracle as an infrastructure and applications company. And because Ellison wants to showcase Oracle’s infrastructure capabilities, he’s even taken the step of shifting his cloud-native Autonomous Database into the infrastructure camp when traditional cloud taxonomy would have it strictly in the platform category. (For more on that, please see Why Larry Ellison and Oracle Are Reinventing the Language of the Cloud.)

My guess about what Ellison’s thinking goes like this: he knows the Oracle Database is far and away the world’s dominant database. So in the Cloud Wars, he’s already got the winning hand in the platform category, where databases have classically lived. But the winning hand that Ellison *really* wants is in infrastructure. So he’s taking his one-of-a-kind Autonomous Database and calling it an infrastructure product, and as a followup is eschewing any discussion of the platform thing.

In early June, after finding a fascinating slide in Salesforce’s fiscal Q1 earnings presentation, I wrote a piece called Salesforce Shocker: Its #1 Revenue Business Is “Platform and Other” that opened with this jaw-dropping slide and my accompanying analysis:

While Salesforce has been known as a SaaS powerhouse for its entire 21-year existence, its largest and fastest-growing business is now “Platform and Other” as the shape of the enterprise cloud continues to evolve. 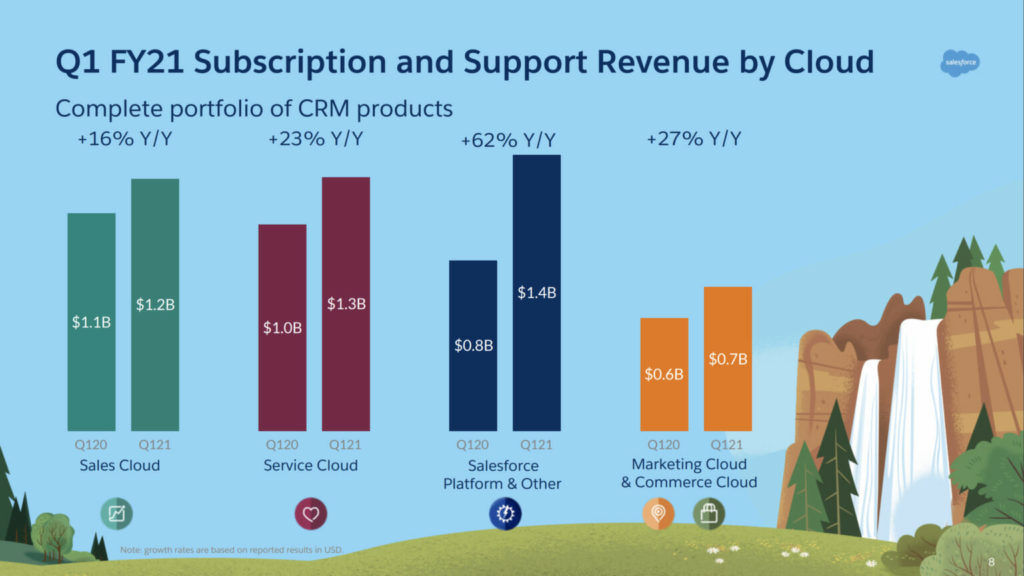 As shown in the graphic above from Salesforce’s fiscal-Q1 earnings presentation (it’s slide #8), the business unit called Platform and Other has shot past Marc Benioff’s foundational clouds for Service, Sales, Marketing and Commerce.

A few weeks ago, after IBM reported that Q2 cloud revenue was up 30%, I posted a piece called Why IBM CEO Arvind Krishna Earned an A+ for His Debut Quarter. In it, I offered this as part of my rationale for his top-flight grade:

Krishna has simplified IBM’s formerly tortured cloud messaging. He simply refers to it now as “hybrid cloud platform,” and that includes all $23 billion in trailing 12-month cloud revenue. I can’t say I love that name, but it sure is a whole lot better than what it had been, and “hybrid cloud platform” plays into some of today’s key market dynamics.

Last week, I summarized the latest manifestation of Bill McDermott’s strategy for ServiceNow in How Bill McDermott & ServiceNow Are Supercharging the Pace of Change. In that piece, I offered this perspective:

“We’re helping our customers solve for once-in-a-generation challenges even as they capitalize on the opportunities of digital transformation.”

Since taking over as ServiceNow CEO 9 months ago, McDermott has capitalized on the company’s exceptional technology and unique market position by:

While Oracle is bucking the platform-platform trend here, that’s hardly surprising as that is precisely the way Larry Ellison operates: he goes his own way.

For ServiceNow, it’s the influence of McDermott unleashing the true power and capability of the company’s technology to meet the top-priority demands of today.

For Salesforce, it’s the repercussions of the MuleSoft acquisition and the company’s increasingly deep-seated and strategic position within its customers operations.

For IBM, it’s a clarified position articulated by new CEO Arvind Krishna to fuse the capabilities of Red Hat within the larger IBM set of capabilities in a position that promises to customers stability, innovation and opportunity.

For the Cloud Wars overall, it’s a huge step forward in aligning focus and positions around what customers want and need, rather than on what software engineers happen to have built.