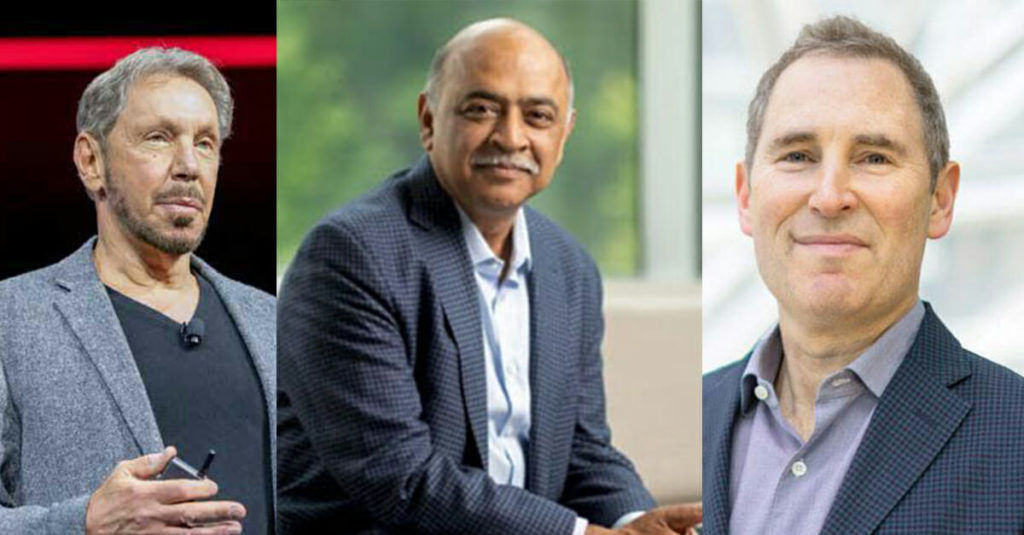 As the story of Zoom’s phenomenal growth spreads, and as the video-conferencing services it provides become not just mainstream but essential, which company in the Cloud Wars Top 10 will snap up Zoom to become more relevant in the digital future?

Yesterday, in a piece called The Zoom Revolution: 10 Eye-Popping Stats from Tech’s New Superstar, I shared some wild numbers from Zoom’s fiscal-Q1 earnings call that represent a quarter unlike anything most of us have ever seen.

And since the Law Of The Cloud proclaims you must try to get as big as you can in as many layers of the cloud as you can as rapidly as you can, I think it won’t be long before the M&A suitors start knocking—hard—on Zoom’s door.

Of course, with a market cap now in the range of $60 billion, Zoom’s asking price is more than twice as high as it was just a few months ago. On Feb. 5, it was about $25 billion. But that was before Zoom posted fiscal-Q1 revenue growth of 169% and new-customer growth of 354%. Not to mention, before it hit an annualized run rate for meeting minutes of 2 trillion (that’s “trillion” with a t).

So which big tech company will look to cash in on the Zoom boom?

My top 3 guesses are Amazon, Oracle and IBM. Here’s the rationale for each.

Zoom is an infrastructure company. Amazon’s AWS unit practically defined the cloud-infrastructure category and has dominated it for the past decade. From a competitive perspective, Zoom would give AWS a powerful product to compete against similar offerings from arch-rivals Microsoft with its Teams collaboration suite (and I know, I know, Teams is much more than just video conferencing) and Google Cloud with Meet.

Plus, while AWS continues to execute and grow at very impressive levels—its annualized revenue run-rate is $41 billion—it’s been a while since AWS and CEO Andy Jassy pulled off a high-profile move that allows them to reclaim the big voice in the enterprise-cloud market.

Larry Ellison and crew have been quiet on the M&A front for quite some time and that’s not normal for Oracle. With Oracle’s massive suite of SaaS apps, it could create some unique tie-ins with Zoom’s rapidly growing set of capabilities, and give Zoom immediate distribution and presence in every corner of the world.

Plus, Ellison’s able to envision the full potential of the Zoom phenomenon better than just about anyone, and he always likes to be on offense. And at a time when Ellison is looking to sharply differentiate his company from AWS, the addition of Zoom would certainly help the cause.

This is the longshot of the bunch. IBM’s still in the final stages of digesting its $33-billion Red Hat acquisition and might not have the stomach for yet another disruptive jolt in the wake of the global economic slowdown and the Red Hat deal. On the flip side, new CEO Arvind Krishna is at heart a deep-tech genius and no doubt could spin up a number of scenarios for how Zoom could help advance IBM’s core strategic initiatives. And, perhaps most important, a matchup with a digital-age superstar like Zoom would help IBM continue to shift its image away legacy icon to modern disruptor.

While I admit it’s easy to punch holes in any or all of these guesses, please bear in mind a few things about the rapidly shifting state of the cloud here in mid-2020:

So don’t get hung up on some outdated notions of what the cloud “is” or “isn’t” because that’s the job of customers, not the vendors.

And in the view of hundreds of millions of customers around the globe, Zoom has become an indispensable cloud solution.