Why Did Alphabet Reveal Google Cloud’s Q2 Revenue of $2B-Plus? 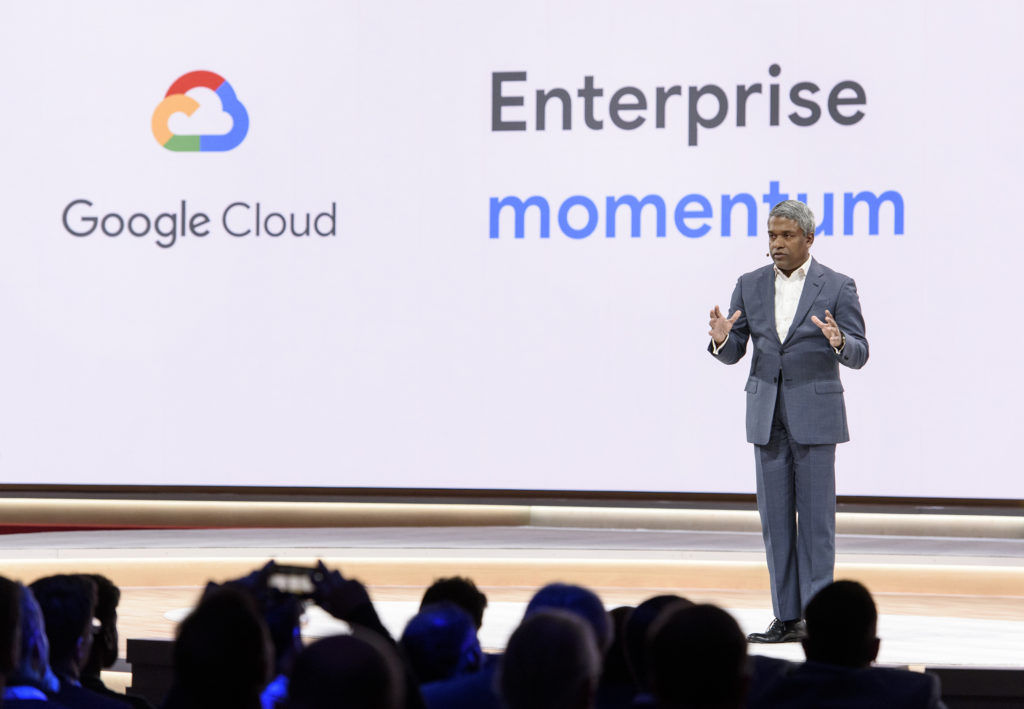 Eighteen months ago, Alphabet revealed that Google Cloud had experienced its first billion-dollar quarter. Then, for the next five quarters, Alphabet executives declined to disclose any follow-on details regarding Google Cloud revenue.

But with its cloud business greatly reinvigorated since CEO Thomas Kurian took the reins 6 months ago, Alphabet disclosed yesterday that Google Cloud generated quarterly revenue of more than $2 billion for the 3 months ended June 30.

So why did Alphabet executives decide to lift the cone of silence?

Surely, Kurian’s strategic overhaul of Google Cloud has been a major factor, led by his initiatives to make Google Cloud not only a technology powerhouse in the cloud but also one that is dramatically more focused on customers: what they need, what they want, how their businesses run, what they *don’t* want, and the customer-driven reality that will require hybrid cloud for many years to come.

We’ve analyzed those developments and other strategic issues of prime importance to Google Cloud in the following:

The most likely reason for yesterday’s disclosure of Google Cloud’s quarterly revenue? I bet it’s simply that Kurian and company reached the big fat round number of $2 billion. They framed it in terms of Google Cloud having achieved an annualized run rate of more than $8 billion. So that perspective was also a likely factor in their decision.

But more than all that, I think Alphabet believes that Google Cloud, under Kurian’s direction and enthusiasm and vision, is now fully ready and able to compete at the very highest levels of the enterprise market against Microsoft and Amazon and all others.

Next week, we’ll look more deeply into the Google Cloud performance and offer some additional perspectives. But for now, it’s great to see the #7 company in the Cloud Wars Top 10—and of course, that number could change!—step out and show some of its financial success. I’ve got a feeling that, unlike what happened six quarters ago, Alphabet this time will be willing to continue showing Google Cloud’s success quarter after quarter.

Disclosure: at the time of this writing, Google Cloud was a client of Evans Strategic Communications LLC.