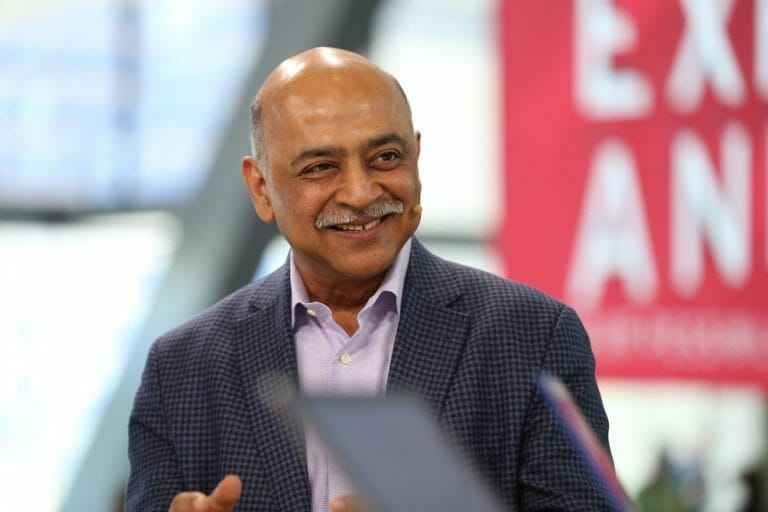 On Jan. 30—before the world had even a thought about masks, social distancing, ventilators and WFH—IBM announced that longtime top technologist Arvind Krishna would take over as CEO on April 6.

But when that date arrived, Krishna had much more to deal with than COVID’s repercussions as the low-growth tech icon’s all-in bet on Red Hat was only beginning to play out.

Imagine the emotional roller-coaster Krishna was on, from late January when the board announced his upcoming appointment until April 6 when he took the CEO reins:

So why do I believe Arvind Krishna deserves an A+ for his performance in his debut quarter at the top of IBM?

And I highlighted two essential points Krishna made in his first-day memo that pointed to his willingness to make high-level changes:

On the first point, IBM’s tangled org structure has often meant that internal sales teams are obsessed with outdoing each other rather than with dazzling their clients. Krishna has begun weeding out that insidious infighting by putting SVP Mark Foster in charge of both of the company’s two huge services units: Global Business Services and Global Technology Services, which together account for about $48 billion in annual revenue and include 240,000 employees.

On the second point, the formerly balkanized cloud business is now run by not only an outsider but by a *customer* who will surely bring a fresh new perspective to IBM’s do-or-die cloud business.

Earlier this week, during IBM’s Q2 earnings call, Krishna certainly made the case where needed that IBM’s and Red Hat’s technological expertise will continue to be indispensable. But he also talked much more about customer needs and requirements. In doing so, he stepped more fully into the persona of the CEO rather than that of the 30-year technology leader.

So, well done, Arvind Krishna! And to keep the momentum going at this company that means so much to you (in his first-day memo, Krisha’s final paragraph began with “I love this company”), keep hammering away at org structures that foster internal mud-wrestling versus customer obsession; keep connecting the disparate parts of your company that, when fused, can be enormously valuable to customers; and keep packaging the amazing technology that IBM develops in ways that appeal to the deepest needs of your customers.