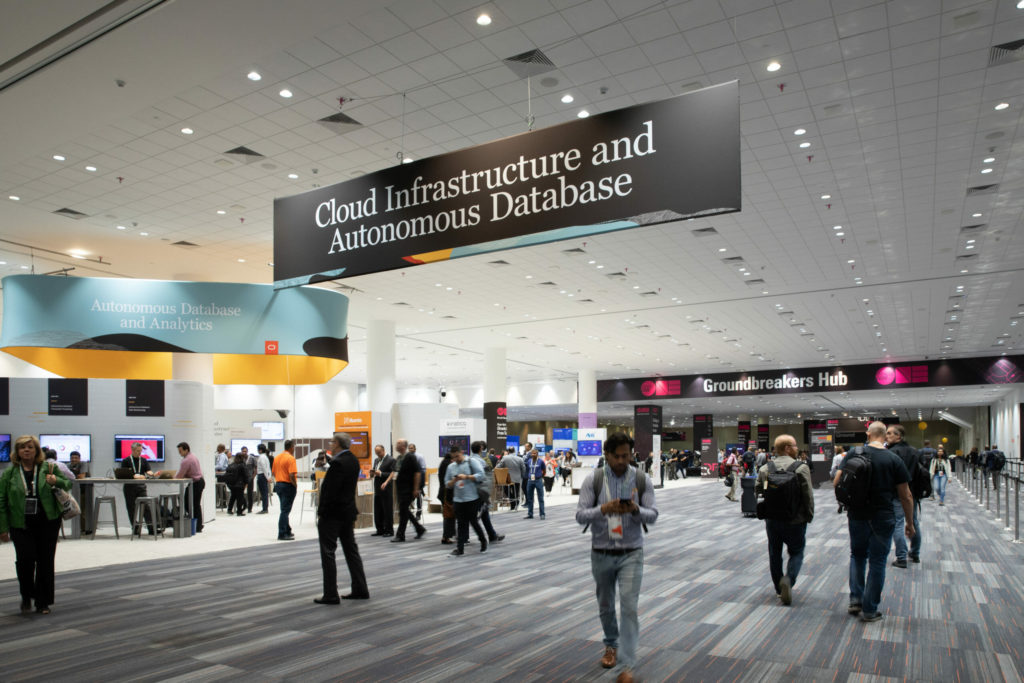 In his opening remarks on an IBM earnings call 18 months ago, IBM CFO Jim Kavanaugh used the word “hybrid” an astonishing 28 times to try to prove that IBM is betting its entire future on the hybrid cloud.

In a major Oracle announcement two weeks ago, chairman Larry Ellison spoke for almost an hour about two high-impact new cloud products. While Ellison’s presentation consisted of 6,845 words, he never once used the word “hybrid” despite the fact that the two big new services are the very essence of what hybrid cloud means.

In a classic Larry Ellison gambit to redefine the rules of the game to boost Oracle’s competitive position, Ellison’s decision to eschew the “hybrid” term that many other cloud executives seem to cram into every single sentence is part of his attempt to show that the Oracle Cloud is completely different from what everybody else is offering.

You want last week’s meatloaf with some soggy broccoli that’s been reheated 8 times? Hybrid’s your dish!

You want something truly new, highly advanced and not just better-cheaper-faster but also freshly picked and cooked up? Go with Oracle’s autonomous everything!

A couple of other strategic linguistic moves by Ellison:

Now, if Ellison were attempting to overhaul the language of the cloud while having a bunch of run-of-the-mill cloud products, he would deservedly be ignored at best and laughed at at worst.

But Oracle has become a player—a far-behind but nevertheless totally legit player—in the high-profile world of IaaS. It has done so on the strength of its cloud-native Autonomous Database (revenue up 70% in the most-recent quarter) and Gen2 cloud infrastructure (revenue up 140%). You can see my recent analysis on that in Larry Ellison’s Miracle: Oracle Becomes Big-Time Cloud Infrastructure Player.

Those two powerhouse products are driving great momentum for Oracle in the cloud. And the recent favorable report on the two new “[email protected]” products even generated a positive review from the nearly impossible-to-please Lydia Leong of Gartner: Oracle Cloud Is So Hot Even Legendarily Cynical Gartner Analyst Likes It!

Ellison appears to be attempting to flip the industrywide focus from hybrid—an enormous play for #1 Microsoft and also #4 Google Cloud—to autonomous, where none of the other cloud vendors has, to my knowledge, offered or even discussed any types of cloud services to compete with Oracle’s.

In his early-July announcement of the two very impressive new cloud services, Ellison for the first time fused the position of his new Gen2 IaaS to autonomous. In the past, he’s used Gen2 as just a new term without ever really explaining why Gen2 was Gen2 and not still Gen1.

But now he has—because Gen2 is autonomous. And autonomous generates new types of value for customers that is vastly better than the old stuff.

“The future is autonomous.”

Within the next 10 days, IBM (July 20), Microsoft (July 22) and Google (July 30) will all release quarterly results. I will bet dollars to donuts that IBM continues to go all-hybrid all the time, and I’ll monitor how many H-bombs CFO Kavanaugh lobs out in his opening remarks. Can he top 28? Will he hit 30?

I think both Microsoft and Google will continue to give high-profile play to hybrid, but I’ll bet those two savvy companies find compelling and customer-centric ways to mention what hybrid does and explain why it’s so vital, rather than just plopping it into every sentence.

And I’ll bet gold ingots to donuts that neither Microsoft nor Google Cloud will mention “autonomous.”

For Microsoft, Is Biggest Challenge Amazon, Google, or From Within?

As Oracle Guns for #1 in HCM, Workday Slashes Deployment Times