Why Microsoft Will Blow Past $50 Billion in Cloud Revenue: 5 Reasons 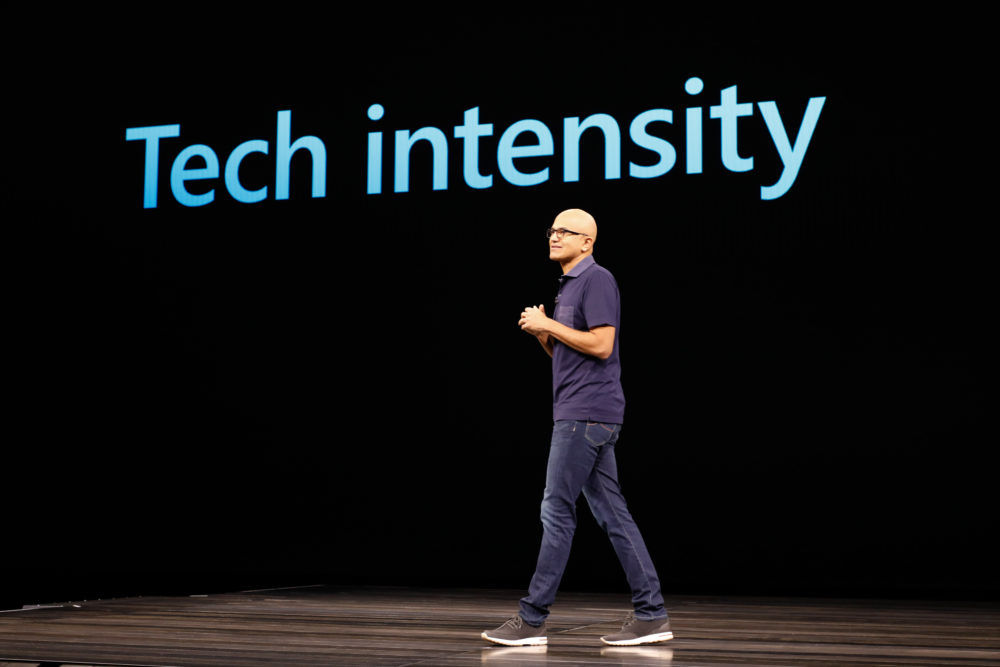 For one 12-month period.

Taken entirely on its own, Microsoft’s $50-billion cloud business would make it one of the 3 largest enterprise-tech companies in the world—bigger than the combined cloud revenues of Salesforce, IBM and Oracle.

That’s why I’ve chosen that remarkable arc as the #1 story of the year in the Cloud Wars. I first looked at it back in July under the headline Microsoft’s $50-Billion Moonshot: #1 Cloud Vendor Lays Out New Growth Plans.

(And to get a fix on all of the leading developments this year, please check out The Top 10 Cloud Wars Stories of 2019.)

So why do I feel this phenomenal achievement by Microsoft supersedes all other news in the cloud this year? Here are five primary reasons.

Just a few years ago, questions still abounded about whether the cloud is just a fad, whether CEOs and CFOs would ever be able to get comfortable with it, whether cybersecurity in the cloud would ever be good enough to be trusted, and whether this new-fangled stuff with all the 4-letter acronyms would be able to handle the giant and complex workloads that run the global economy. Microsoft’s ability to do $1 billion per week in cloud revenue shows that those doubts have all been washed away.

As Microsoft’s commercial-cloud revenue has soared, its traditional on-premises business has continued to grow as well. A handful of top players in the Cloud Wars Top 10—in particular #1 Microsoft, #4 SAP, #5 Oracle and #6 Google—are all in those lofty positions in large part because of their ability to straddle the customer-centric worlds of cloud plus on-premises. And nobody’s pounced more aggressively and more capably on that hybrid opportunity than Microsoft.

3. Microsoft’s Willingness to Pair Up with Other Major Cloud Vendors.

Customers are sick and tired of having to deal with the consequences of the tech industry’s bitter competitive battles, wherein Vendor A’s stuff doesn’t work with Vendor B’s or Vendor C’s and the customer is responsible for creating and managing all the expensive and time-consuming workarounds. Satya Nadella forged closer ties with SAP, broke Amazon’s stranglehold on Salesforce as its leading IaaS partner, and did the near-impossible by getting the committed isolationists at Oracle to agree to a sweeping cloud-interoperability agreement.

Its Hololens mixed-reality technologies and solutions have gained richly deserved kudos in this area. But the one that really got my attention was Microsoft’s recent claim that it is now able to crush Google and Amazon in big-data performance: Microsoft Torches Google and Amazon on Big-Data Benchmarks, Says Microsoft.

Realizing that SAP is the world’s leading maker of enterprise applications, and that SAP’s customers are eager to move many of their mission-critical workloads to the cloud, Microsoft invested heavily in creating deep expertise for precisely those scenarios. That commitment ended up running so deep—and winning such respect from SAP—that SAP agreed to something unheard-of among top tech vendors: SAP is allowing Microsoft’s sales team to sell some of SAP’s premier cloud services. Please see SAP and Microsoft Revolutionize the Cloud Market and SAP Rides Microsoft Deal to First $2-Billion Cloud Quarter as McDermott Era Ends.