Why Salesforce Is the World’s #1 SaaS Vendor: 360-Degree Scale 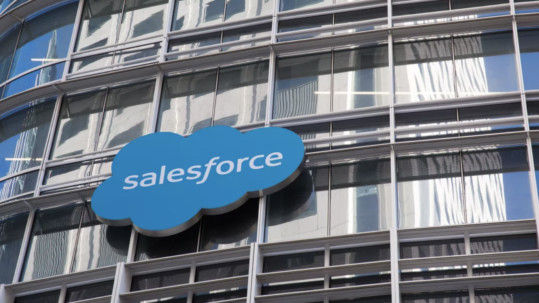 While many SaaS vendors are performing extremely well these days in the Cloud Wars, the largest of them all by far, Salesforce, continues to execute at a pace and on a scale that others can so far only dream about. 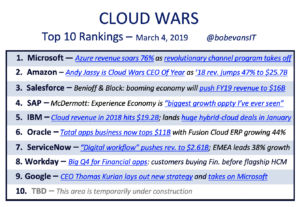 Having just closed the books on $13-billion year, and with plans to double that in just the next four years, Salesforce is separating itself from a field of highly capable and aggressive competitors by somehow managing to scale up and scale out in multiple dimensions simultaneously:

So what’s the secret?

“Not only have we remained totally focused on CRM, we have also constantly redefined and expanded what CRM means,” co-CEO Marc Benioff said on the company’s fiscal-year Q4 earnings call earlier this week.

“CRM is now the largest and fastest-growing market segment in enterprise software today—it’s bigger than operating systems, bigger than ERP, and bigger than databases, and we continue to take share and outpace the overall market,” Benioff said.

Do the numbers back up Benioff’s claims? Take a look:

The numbers were so striking that analyst Mark Murphy, during the Q&A session, included this remark within his question: “When we see this abnormal growth and scale, what crosses my mind is that your competitors are trying to sell software tools to the IT department, but in contrast, you’re really selling transformations at the very top levels of the org chart. I don’t think any other software company has ever had this kind of vision for selling transformation.”

Now, while I agree with Murphy’s assessment of what Salesforce has put together, his contention that other CRM vendors are “trying to sell tools to the IT department” sounds like Murphy jumped in his way-back machine to snap a photo of what life was like 10 years ago.

But there’s no question that Salesforce is doing it better than its competitors and is doing it on a scale that the others simply can’t match.

Perhaps SAP will get there, driven by Bill McDermott’s vision to enrich the CRM charter by weaving in operational data from ERP systems and customer-experience insights from its new Qualtrics unit. SAP is committing enormous resources and its own credibility on its intentions, but as of right here and now, they’re just that: intentions.

And Benioff is fully committed to double-, triple- or even quadruple-down on his company’s ability to ride the incredibly powerful confluence of cloud, digital transformation, and customer-centric business farther and faster than any competitor can match.

“Companies are continuing to make incredible investments in their customer- experience capabilities, and they know they need to continue to invest in becoming more customer-centric, more efficient and also more automated,” Benioff said in his opening remarks on the call.

“And whether they’re currently B2B or B2C, they’re now becoming B2B2C companies as they transform to connect with their customers in new and better ways. And we’re the only company with an intelligent customer-success platform for both B2B and B2C companies.”