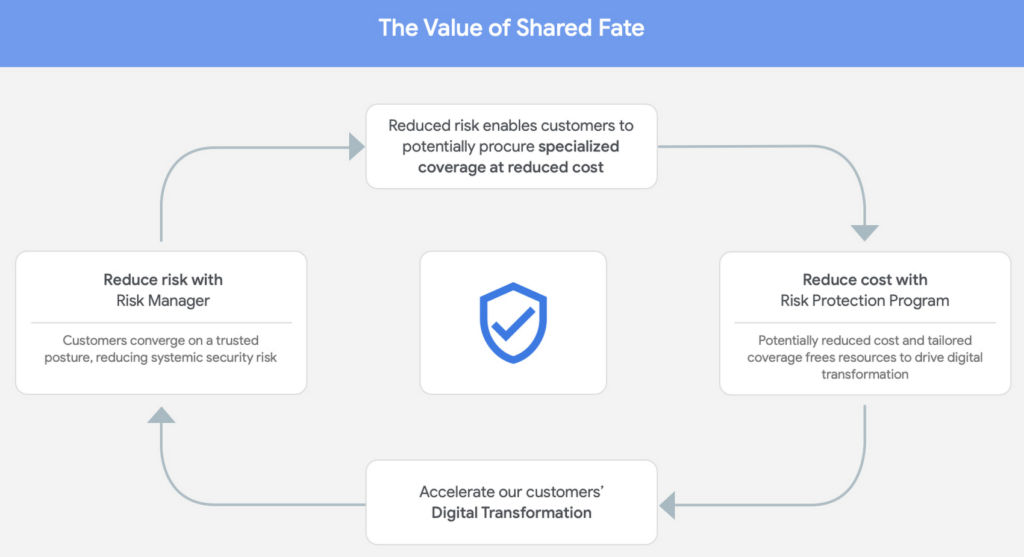 This brief remark should scare the bejezus out of every insurance-industry executive: “Who knows more about your vehicle than the people who manufactured it?” said Andrew Rose, president of GM’s newly formed OnStar Insurance Services.

That quote is from a Wall Street Journal article late last year exploring GM’s return to the car-insurance business, powered by OnStar’s ability to vacuum up data directly from vehicles that people have purchased and are driving.

Now, I don’t imagine too many people see GM as a fast-paced innovator or a disruptive threat in the auto industry it’s lived in for 113 years, let alone being an agent of sudden and transformational change in adjacent industries. But that’s kinda my point: if even a plodder like GM can see the data-driven opportunity to get into—or in its case, back into—the insurance business, then what sort of major upheaval plans do the lightning-quick digital innovators have up their sleeves?

And—even more important—what do these transformative incursions say about the risks from outside-your-industry threats that every company is facing today?

Since everything Tesla does or doesn’t do is distortedly magnified in the media, you’ve likely heard that Tesla has been offering insurance to owners of its vehicles who live in California, and more recently has begun to offer it in Texas as well.

Without question, part of the threat to traditional insurers is that Tesla expects to undercut typical rates by about 20% or in some cases even 30%. But to me, the more-dangerous card that Tesla can play revolves not so much about being the low-cost leader but rather the customer-experience champion.

Many Tesla drivers border on the fanatical because of the superior experiences they regularly have with their highly intelligent vehicles and from Tesla itself: from the showrooms to the customer engagements to the digitized purchase process and the increasing levels of awareness of and intimacy with the vehicle that drivers experience as time goes by.

If Tesla chooses to position superior customer experiences as the centerpiece of its car-insurance strategy, it will be very difficult and perhaps almost impossible for traditional insurers to compete with it. And at the center of that ability to differentiate through superior customer experiences will be Tesla’s unique advantage: the real-time data it has about its vehicles and the people who drive them.

Several months ago, slightly cloaked within an announcement about its new Risk Protection Program, Google Cloud revealed that in partnership with established insurers, it is jumping into the insurance business.

As we explored how we could help organizations more confidently move critical workloads to the cloud, we saw an opportunity to provide more assurances and further drive digital transformation through closer integration with their overall risk management program. That’s why today, we’re excited to introduce a first-of-its-kind partnership between a major cloud provider and leading cyber insurance companies called the Risk Protection Program.

As is the case with Tesla, the Google Cloud foray into insurance is powered by its ability to offer unmatched levels of data and data-driven insights into the IT environments of its customers.

From the press release about the new new Risk Protection Program, here’s a comment from one of Google Cloud’s insurance partners on the role that data will play in the new initiative.

“We partnered with our industry peer Munich Re to design this policy specifically for cloud technology users, from the ground up,” said Jody Yee, managing director at Allianz Global Corporate & Specialty.

“We recognized that by working with Google Cloud, we are able to better understand customers’ risk through more insightful data. These additional insights allow us to not only reward Google Cloud customers with more efficient insurance purchasing and better policy terms, but also allow us to help drive customers to take a proactive security stance, by tying premium pricing to actual security posture.”

Ah yes, specifically targeted financial incentives—they do have a way of focusing the mind, do they not?

So, my friends, we have here a few more examples of the wildly different business world we’re in today relative to just 2 years ago. More and more, we are seeing traditional industry boundaries as outdated artifacts that describe an ancient world and that bear little or no relevance to the new business realities of today.

We’re also seeing forward-looking companies toss overboard the clumsy ballast of the past: old business models, old notions of “channel conflict,” old frameworks such as B2B versus B2C, and the limited outlook that arises from seeing the world as it has been rather than as it is becoming.

Disclosure: at the time of this writing, Google Cloud was among the many clients of Cloud Wars Media and/or Evans Strategic Communications LLC.