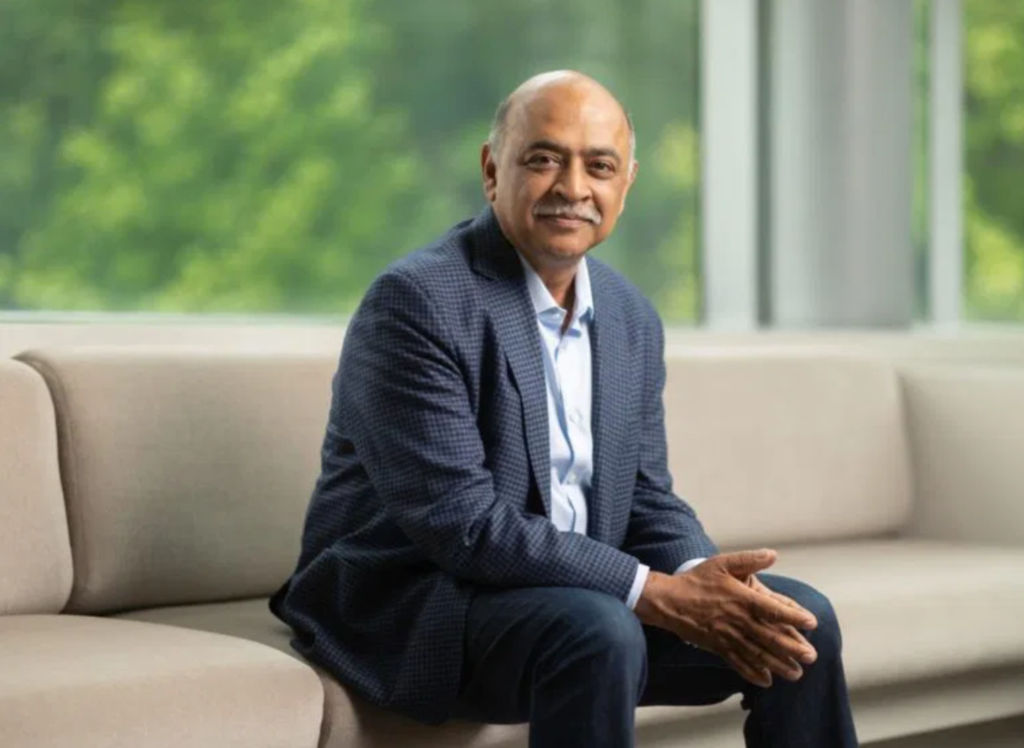 As career-lifer Arvind Krishna takes control of 109-year-old IBM, he faces many big questions. The biggest one is this: is he willing to make disruptive changes in the massive company or will he allow bureaucracy, inertia and deadwood to keep the company forever following the leaders?

While IBM’s financial performance over the past few years makes that question particularly relevant, it is simultaneously a challenge for every CEO across the Cloud Wars Top 10, which includes many of the most-influential tech companies in the world.

Those CEOs have had to push significant changes through their organizations to keep their companies company aligned with increasingly demanding customers and moving at the breakneck pace of change in today’s digital world. Take a look at these five examples.

High-Level Shakeups Among the Top 6

Clearly, those aren’t examples of tinkering and repotting. They are top-level transformations touching every employee and a great percentage of customers.

In framing my question above about new CEO Krishna’s willingness and ability to shake up the company on an ongoing basis, I don’t mean to cast any doubt on his ability to do what’s needed. Rather, my point is that disruptive and high-level change is taking place constantly among IBM’s primary competitors so Krishna has to be able to transform his company not at a pace that venerable IBM itself prefers but instead at the frenetic pace of the external world.

A few months ago, I wrote a piece called Can IBM Crush its Silos and Behave Like Customer-Obsessed Startup? The premise was, can IBM get out of its own way to enable customers to receive the full advantage of all the great technology and brainpower IBM so clearly possesses?

The world wants and needs that type of deep-seated expertise in technology and in industries. And when IBM does overcome its internal politics, the results can be impressive indeed: Look Who’s Driving Disruptive Innovation in the Cloud: IBM!

In an email message sent early this week to all IBMers called “My first day as CEO: our journey together,” Krishna offered a candid snapshot of his intentions. Krishna also posted that message publicly on LinkedIn, and I’ve pulled out a few passages that I find to be particularly revealing on the matter of whether he’ll be willing to force the company to move as fast as the world around it.

“If there’s one thing that this public health crisis has brought to light it is the ever-essential role of IBM in the world. We are the backbone of some of the most critical systems of the world.”

The only quibble I have with this is the term “ever-essential,” which implies a sense of permanence. The cloud revolution has taught us quite clearly that no tech vendor is “ever essential”—that status much be earned each and every day, and in the face of savage competition.

“I believe we can make IBM the most trusted technology partner of the 21st century. For this to happen, we have to ensure that IBM continues to innovate and lead in the transformational journeys our clients are on.”

A noble sentiment. But in too many cases over the past several years, IBM has watched a parade of other tech vendors—almost always smaller, quicker, more focused and more able to deliver timely and more-relevant solutions and experiences—cut into its business and either sever or weaken its long-standing client relationships.

“Hybrid cloud and AI are two dominant forces driving change for our clients and must have the maniacal focus of the entire company. IBM has already built enduring platforms in mainframe, services, and middleware. All three continue to serve our clients. I believe now is the time to build a fourth platform in hybrid cloud… [a] platform that can last even longer than the others.”

No question that hybrid cloud and AI will be two powerhouse technologies for the business world over the next decade. But every tech company knows this, and all the companies IBM is competing with are equally focused on those same targets. How will IBM’s approach to hybrid cloud be differentiated? On this point, the company has to find an answer other than “Red Hat” and “we’re the most open.” Microsoft does a great job of breaking this out, with everything from specific product examples to relevant commentary on earnings calls about the interplay between interdependent cloud and on-premises technologies. It’s not enough for IBM to keep yelling “Red Hat!” and expect the world to buy it.

“Continually delighting our clients” must be an obsession.

“We all must be obsessed with continually delighting our clients. At every interaction, we must strive to offer them the best experience and value. The only way to lead in today’s ever-changing marketplace is to constantly innovate according to what our clients want and need.”

Truer words were never spoken. But sometimes IBM’s size and its thick layers of management and divisions and silos and conflicting internal revenue objectives can smother the noble goal Krishna is putting out there. If he’s going to succeed, Krishna must be able to match the articulation of that goal—“continually delighting our clients”—with a fierce commitment to fire any and every turf-protecting manager whose parochial priorities stifle IBM’s ability to generate that delight.

Hiring a customer to be the new leader the IBM Cloud business unit.

“Howard Boville will join IBM from Bank of America on May 1st to become Senior Vice President of Cloud Platform, overseeing the IBM Cloud. He is a proven strategist and expert in the realm of cloud and has played a critical role in developing the financial-services-ready public cloud with IBM.”

IBM’s had significant leadership turnover in its cloud business over the past few years, exacerbated by a byzantine org structure that kept warring product lines squabbling over revenue and customer opportunities instead of focusing on “continually delighting our clients.” I certainly hope Krishna gives Boville wide latitude, a big stick and the freedom to wield it liberally.

Uh, wait a minute—we almost forgot about the growth thing!

“All of this also needs to be complemented by a growth mindset.”

This might seem obvious. However, IBM’s performance over the past few years during one of the greatest boom cycles the tech industry has ever seen underscores that growth must be a Top 3 priority for IBM. This sentiment should have appeared at the very top of Krishna’s letter—and it’s a theme that should be hammered home relentlessly across the company. It’s a point I’ve been making for quite some time, most recently in Ginni Rometty’s Last Stand: A 5-Point Plan to Reignite IBM’s Growth.

Leading with his brain, and with his heart.

“I love this company,” Krishna writes in his final paragraph. I think it’s fantastic that he said this publicly and proudly. The challenges he’s laying out for the company will require that he help engender and spread that love far and wide as IBM faces extraordinarily capable competitors, wickedly demanding customers and some understandable marketplace skepticism.

But, as Krishna also stated, IBM’s got some things most of its competitors can’t match.

“Few companies have the trust, credibility and cumulative wisdom to change the fabric of society through technology the way that IBM can,” he wrote.

Very true, Arvind. And as is always the case with change, it needs to begin at home—in this case, within IBM itself.

Time to shake it up, Arvind.