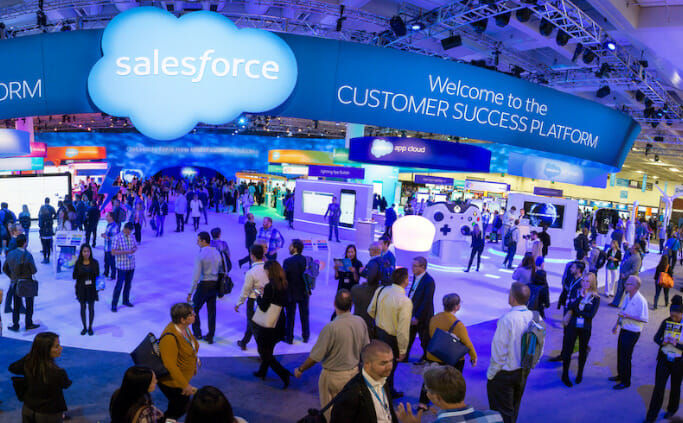 As Marc Benioff’s company bears down on its first $5-billion quarter, will Salesforce become the first cloud-applications vendor to hit that mark?

I hate to do this to you, but the answer is… it depends.

I know, I know, that’s a dirty trick. I truly wish I could give you a clear answer one way or the other.

But with the way the cloud industry has evolved, such simplicity might be a thing of the past. And this matters a great deal, because the one-dimensional aspect of most cloud vendors has also become a thing of the past—and customers are better off for that.

So here’s why the I had to offer up the stinky answer of “it depends.”

1. Is Microsoft doing more than $5B in enterprise-cloud apps?

In its recent disclosure of its fiscal-Q4 numbers, Microsoft revealed that its enterprise-level cloud-apps business, Dynamics 365, generated about $1.8 billion in revenue for the Microsoft fiscal year ending June 30. So clearly Microsoft is only about one-third of the way on its journey to $5 billion in quarterly apps revenue, right?

Well, uh, it depends. It depends on whether you choose to consider the Office 365 revenue from the tens of millions of professionals who use it as “enterprise-apps” revenue. If you do, then Microsoft could well be above that $5-billion line in quarterly enterprise-apps cloud revenue.

So how big is Office 365 quarterly revenue? Well, we don’t know because Microsoft doesn’t disclose that number. So, um, it depends on what your guess is for Office 365 revenue.

3. So that clearly opens the door for Salesforce to become the first cloud-apps vendor to crack $5B in a quarter. Right?

Well—and say it with me!—it depends. It depends on a few things:

What do I think? I think Salesforce deserves the recognition as the first cloud-apps vendor to top $5 billion in quarterly revenue. Its platform services are all intimately and almost inextricably tied to its cloud apps, and it has done as much or more than any company in the world to convince CEOs that it’s safe to move mission-critical apps to the cloud.

And with Salesforce scheduled to release its fiscal Q2 numbers of Aug. 25, we’ll all find out the juicy details in 2 weeks.

But: will those Q2 numbers impress you?