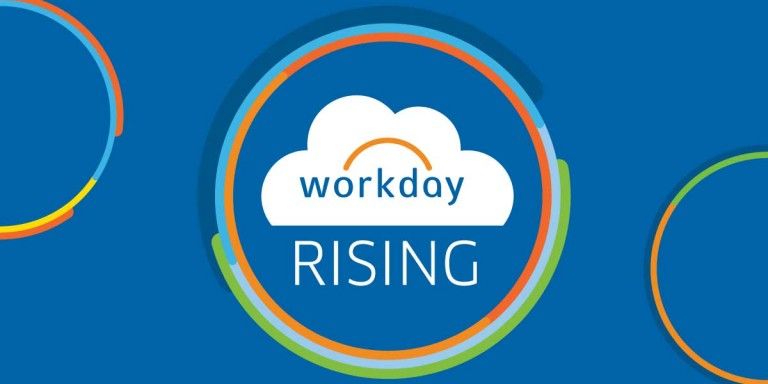 The company’s annual customer conference, Workday Rising, opens today. So it’s the perfect time to take a look at 3 key questions Workday faces as it embarks on that journey toward someday becoming a $10-billion global powerhouse.

1. Can Workday’s leadership scale to those higher levels where the air’s much thinner? Where only truly exceptional executives can continue to succeed?

It’s been almost 15 years since Dave Duffield and Aneel Bhusri co-founded Workday. (This was in the aftermath of the bitterly contested takeover of their previous company, PeopleSoft, by Oracle.) From the outset, the co-founders carefully structured everything about the company—its stock structure, its culture, its product profile, its market position, its people, its commitment to advanced technology, its global expansion, and its ongoing obsession with customers. And it would be hard to pinpoint any mistakes that CEO Bhusri and chairman Duffield have made.

They’ve expanded aggressively but not to the point of upsetting all the key components outlined above. They’ve made acquisitions rarely but wisely. Their commitment to a single unified architecture is paying off handsomely in today’s data-driven world. And they’ve maintained or perhaps even improved their excellent relationships with customers.

Finally, in an industry filled with larger-than-life characters such as Salesforce’s Marc Benioff, Oracle’s Larry Ellison and SAP’s Bill McDermott, Bhusri remains exactly the sort of person and leader he was when I first met him almost 15 years ago. He is calmly assertive, quietly aggressive, passionately committed, and intensely intelligent.

Workday’s 10,000-plus employees would crawl over broken glass for Duffield and Bhusri—and I swear a lot of Workday’s customers would as well! I’ve never seen customers speak as glowingly about a tech vendor as do Workday’s. That might be the best indicator of great leaders being fully ready for the road ahead.

According to Bhusri, Workday’s flagship HCM product suite has become the runaway favorite among the world’s largest companies. In my recent piece called Workday CEO: Oracle and SAP Can’t Match Us in Fortune 100, Bhusri said that half of the Fortune 500 have picked Workday for HCM. And, 35 of those 50 are in production. That status gives Workday the ability to showcase live, referenceable customers in ways that he says Oracle and SAP just can’t match. From that recent article:

On top of that, revenue for Workday Financials continue to grow at least 50% per quarter. And the attach-rate for the two products is climbing, the company says.

In the white-hot category of enterprise planning, Bhusri said its Adaptive Insights unit, acquired about 16 months ago, has been a huge success. (For more on Adaptive Insights, check out Workday’s Secret Weapon Has “Phenomenal” First Year.)

Finally, on an earnings call with analysts several months ago, Bhusri offered a provocative answer—some might call it “oracular,” but I won’t do that—when asked if Workday might expand more deeply into ERP with supply-chain applications. Here’s how I laid out Bhusri’s reply in a piece called Workday’s Path to a $1-Billion Quarter: 10 Key Insights:

An Expanding and Integrated Suite of Products.

Building off his earlier point about how Workday’s broader product line is taking some of the pressure off of the HCM flagship, Bhusri endorsed the suite concept. He said, “I think it’s still early, but if a customer has Workday HR and Planning—more than just one Workday product in the account—then I think it bodes well for our Financials. Because then the account has the chances to default to a Workday platform.”

Later in the Q&A, Bhusri gave a classic hedged answer when asked about the possibility of a further expansion of the product line into the supply-chain space: “I would say it’s on the radar but I wouldn’t say that we are going to be announcing anything imminently. That’s a big undertaking, and we still have more work to do to really establish ourselves as leaders outside of HR. We want that same leadership position for Financials and for Planning…

“With Prism Analytics, we saw 70% growth this past quarter, so I don’t feel the need for another growth engine at this point. And frankly, I think it would be a distraction. We have a lot of work to do on the product side, especially as we take all the products into the world of machine learning. But you know, I would ask that question every year. And sometime you might get a different answer.”

3. Can Workday continue to thrive against competitors that are 8 or 10 times larger than it is?

Certainly, Bhusri’s comment in #2 above about Workday HCM’s dominance among the world’s largest corporations says a great deal about Workday’s ability to go head-to-head in that portion of the market. But in ERP and Financials, it’s going to be a tougher fight. Larry Ellison said recently that Oracle now has 31,000 customers for its SaaS apps, with the vast majority of those in cloud ERP across both Oracle and NetSuite. So: can Bhusri and team find a way to fully exploit that tendency among customers to pick a Financials vendor based on success with its HCM products?

Workday’s analytics solution, Prism, grew 70% in the company’s previous quarter. But it‘s facing enormous competition from not just Oracle and SAP but also Microsoft, Salesforce and others. Can Workday find ways to differentiate its offerings and use its “One” architecture plan to convince its HCM and Financials customers that Prism’s the best way to go?

Most of all, the answer will depend on Bhusri’s ability to, in many respects, ignore the question itself. After all, why should he worry about the competitors and what they’re doing or might be doing?

After all, for 15 years, Workday has shown that an obsession with customer success and great customer experiences is the one and only way to go.

Disclosure: at the time of this writing, Workday was a client of Cloud Wars Media LLC.