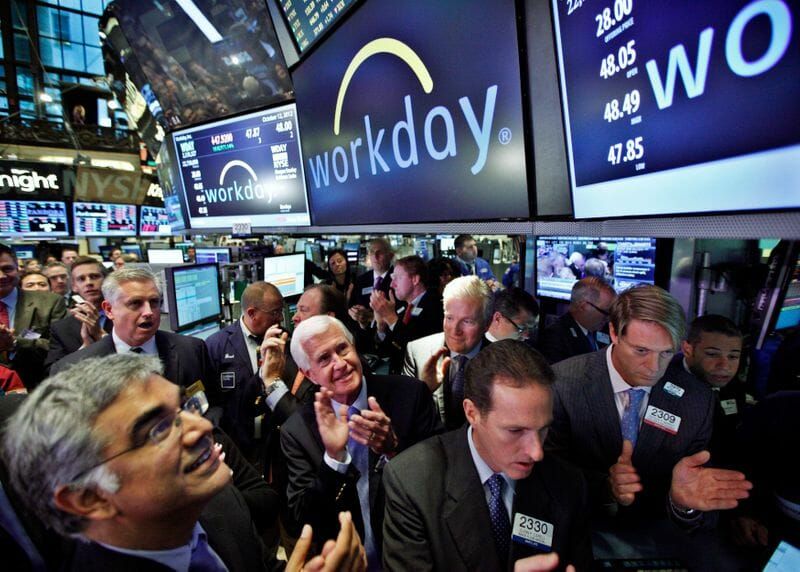 With strong Q2 results pushing Workday’s stock price up 13% in a single day, company leaders cited the debilitating limitations and shortcomings of legacy systems as a leading factor in the recent surge to the cloud for many businesses.

While Workday executives in last week’s earnings call did not specifically mention the company’s two primary rivals—Oracle and SAP—they very deliberately cited the dangerous inability of legacy systems to deliver the speed and agility that businesses require today.

I think this is a smart move in the short term for Workday—its impressive Q2 results bear that out quite clearly. But I also think it’s quickly becoming nothing but a short-term play, because both Oracle and SAP have developed broad and deep cloud solutions.

At some point, Workday will need to flip its story from the current notion of “well, there are the legacy vendors over there, and then in the cloud, there’s Workday” to one that describes why, in the cloud, Workday is the optimal choice.

Here’s why: while the majority of the legacy applications that businesses want to move away from are made my SAP and Oracle, those two companies have been racing into the cloud at breakneck speed. Each now has a cloud business that is 2X or 2.5X larger than Workday’s.

So if Workday’s “legacy bad” message proves to be too successful, the company’s likely to drive some legacy customers into the arms of its much-larger archrivals.

At the same time, while many and perhaps most global corporations are eager to move to the cloud where it makes sense for them to do so, they are also just as eager to retain some on-premises systems for regulatory, security or other reasons.

SAP and Oracle, by virtue of their heritages spanning the worlds of both on-premises and the cloud, can handle that coexistence with ease. Meanwhile, some business customers might view Workday’s cloud-only capabilities as a limitation.

Here are three comments from Workday co-CEOs Aneel Bhusri and Chano Fernandez about how legacy-system limitations are accelerating the move by some customers to the cloud (Fernandez, formerly co-president, was named co-CEO earlier in the Aug. 27 earnings call):

Co-CEO Aneel Bhusri: “So on the HR side, very simply, with the pandemic and with all the other issues facing companies right now, employees are front and center for everybody. And you should think about HCM not just as a back office system, but an employee engagement system. But also with the pandemic, companies have had to change their business processes radically, and they’re changing them on a weekly basis, and the legacy systems just can’t do that. So we saw some hold-outs of companies that were working with legacy systems just said, hey, we just need to make the plunge and go into the cloud even though we’re in the middle of the pandemic.”

Co-CEO Chano Fernandez: “But certainly the number of valuations out there has increased, and clearly companies have realized in this environment the need for the flexibility and agility that Aneel was talking about and that cannot be done with legacy systems.”

Co-CEO Aneel Bhusri: “We now have the end-to-end suite that took a number of years for legacy vendors to build on-premise and now we have it in the cloud. Three years, four years ago, we just didn’t have that scope or that breadth, and today we do. And I think that’s a big part of why people are moving in it. They don’t want to just move their core accounting system, they want to look at procurement, they want to look at planning, they want to look at analytics, and then increasingly now for a certain set of industries, the Workday Accounting Center.”

For its fiscal Q2 ended July 31, Workday reported subscription revenue up 23% to $932 million, and total revenue of $1.06 billion. Subscription-revenue backlog for the quarter was up 22% to $8.6 billion.

As Oracle Guns for #1 in HCM, Workday Slashes Deployment Times

Disclosure: at the time of this writing, Workday was among the many clients of Cloud Wars Media LLC and/or Evans Strategic Communications LLC.