You’ve likely read all about Elon Musk’s unsolicited offer to buy Twitter for $54 billion dollars. After the initial offer was made, however, Elon took to Twitter itself, challenging CEO Parag Agrawal to prove his claim that less than 5% of Twitter accounts are fake or spam. Musk said he believed at least 20% of Twitter accounts were fake. As of this writing, the issue is still unresolved and, frankly, no one seems to know whether this is a ploy by Musk to re-trade the deal that was approved by the Twitter board or to get out of the transaction entirely.

If the estimates of fake Twitter accounts 20%+ are accurate — and there are many experts who believe the number is far higher — then, 20%+ of Twitter’s revenue is based on BOTS simulating humans. The debate over fake Twitter accounts shines a spotlight on one of the biggest problems in digital advertising today: ad fraud.

In 2018, Buzzfeed ran an investigative piece detailing an ad fraud scheme that stole tens of millions of dollars from the Google ad network and its partners. The fraud investigation uncovered a sophisticated setup where human users were tracked. The data was, then, used to program BOTS to mimic their behavior as a way to evade fraud detection systems. Some experts, as well as insiders who wanted to remain anonymous, believe the scheme generated more than $100 million in fraudulent advertising.

One of the biggest challenges in dealing with the growing challenge of ad fraud is a lack of transparency. Today’s digital advertising ecosystem is a dizzying array of ad networks, programmatic platforms, individual websites, and apps. Simply spotting fraud and getting accurate numbers of actual impressions or views delivered is incredibly difficult.

In 2019, Facebook paid $40 million to settle a lawsuit based on an admission that it had inadvertently inflated the number of video views it delivered to advertisers by 900%. Ad fraud experts note that this lack of transparency is endemic in the digital ad industry.

Most brands accept the fact that a certain amount of their spend on digital will be lost to fraud. The really confounding issue is that even when a fraud is discovered, as outlined in the BuzzFeed story, most companies and ad agencies don’t want to talk about it.

Many people have asked me why Musk would challenge the issue of fake accounts. Simply put, he knows that Twitter executives, as does anyone running a social media site, have a very strong incentive not to disclose how many fake accounts they have.

If machine-to-machine traffic is generating over 20% of the impressions, this would mean that actual revenues should be 20% less. This is a classic example where asymmetric information and a lack of transparency benefit the seller. We’ve seen this movie before — on Wall Street, in the auto industry, and in any number of markets where the buyer was at a total disadvantage based on not having accurate information.

Digital Ad Fraud Is Priced In

The second reason is that, to an extent, ad fraud is factored into the average CPM or (Cost Per Thousand) of digital advertising. In other words, experienced digital ad buyers know that one reason digital advertising remains relatively inexpensive is that some of the traffic is fraudulent. As long as the overall advertising programs demonstrate some success, the tradeoff is worth it.

Back in 2013, I was running business.com. As we experimented with programmatic platforms and ad networks, we became very aware of ad fraud. I was astounded to see how prevalent it was, particularly in consumer brand advertising. I well remember talking with the CEO of a major digital ad agency about it and he said, “Tony, we all know there is ad fraud, but it’s priced in”.

So, let’s go back to Musk’s offer to buy Twitter. Could it be that by calling Twitter’s CEO into the town square to prove that fake accounts are 5% or less, Musk inadvertently triggered a deeper examination of digital ad fraud? Could this result in digital ad buyers finally saying enough? Could this be the digital ad reckoning many have predicted?

It remains to be seen, but I predict there will be an increased demand for more transparency and validation of digital advertising that may well shake up Twitter and some of the other social media advertising brands. Technology has and will continue to transform how we market our products and services. At the same time, we need to use technology and thoughtful oversight to assure that the digital advertising ecosystem is open, transparent, and fair. 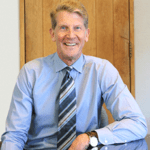