The New CXOs: A Look Into the Life of Digital Natives 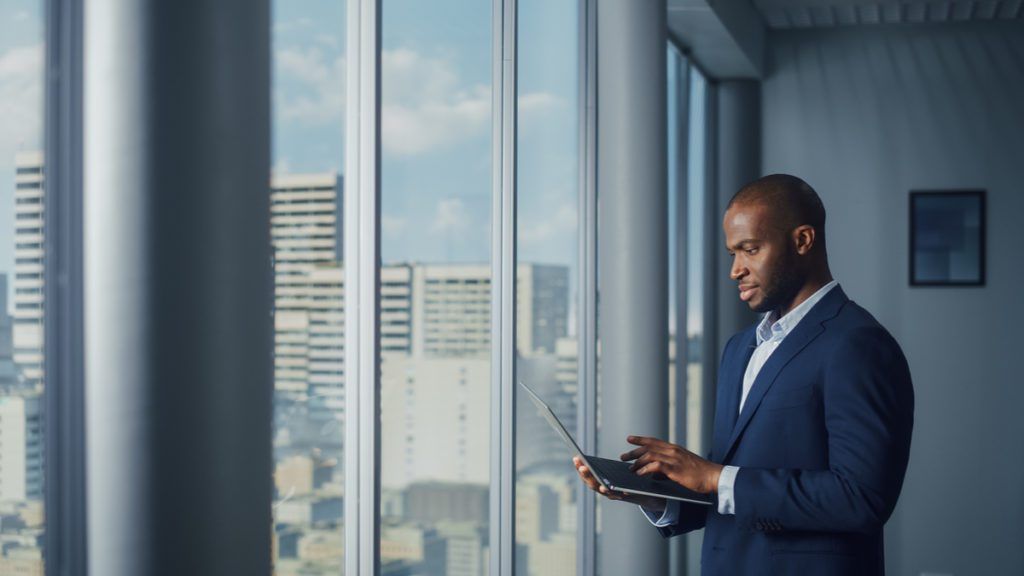 Working your way into the C-Suite of a legacy firm takes a while, whether it’s a global manufacturer, a retail giant, a major insurer, or a bank. Consider the C-Suite executives and Board Directors of such a business. They’re primarily in their late 40s to 60-somethings (with Directors skewing older, up to their early 70s and beyond). While ‘age is just a number’ (says this Boomer with a laugh), older folks have something in common: They came of age when technology was relatively primitive and — literally — kept in the basement.

Imagine you’re a 52-year-old CEO. You started college in 1988, a busy year for computing:

If you took an ‘Introduction to Data Processing’ class as part of a Finance or Engineering degree, you likely used a Mod29 to create punch cards. You then submitted your deck through the Input/Output Control window in the Computing Center and waited from a few hours to overnight to pick up your print-out from the same window.

‘Systems of Record’ Told You What WAS

When you started your management career a few years later, your interaction with technology was likely still via periodic (daily/weekly/monthly) ‘batch runs’ that created voluminous reports — sales, production, financials — dropped onto your desk in the wee hours of the morning. Since you were still new to your management job, you faithfully pored over these green-bar reports and probably worked with the ‘DP’ department to make them more relevant.

I won’t even try to describe the early technology experience of your 68-year-old Board Director, who did calculations with a slide-rule (engineer) or comptometer (businessperson) and may have still posted G/L transactions in a ledger book.

Over the last 30+ years, you worked your way up in a functional area like Finance, Sales, Marketing, or Manufacturing; picked up P&L responsibility for a geographic area or product line; served as President for a couple of years; and ascended to the corner office: CEO & Board Director. As you moved up, your hands-on involvement with DP (at some point re-branded Information Technology: IT) lessened…your ‘people’ worked with the CIO’s people on problems and improvements. You kept hearing how much IT was changing and how much more important it was becoming to the overall organization, but you had a P&L to oversee and didn’t have time to learn details.

Working With the ‘VP of DP’

Of course, you encountered some number of ‘VPs of DP’ — and then CIOs — along the way. You told them what you needed and hoped they’d deliver your desired results. When they did deliver, you didn’t really notice: They were taking orders and doing their jobs! When something slipped, perhaps you attended a problem-resolution meeting with the CIO and the CFO and members of your team (because your attendance demonstrated the gravity of the situation!), or maybe you took your complaint to the CEO and they ‘took IT to the woodshed.’

Now that you’re in the big chair you realize:

As a CIO and IT Advisor, I’ve worked with many such CEOs, CxOs, and Board Directors: They had no reason to keep up with the details of technology, and over their careers, things CHANGED…and now they’re struggling to catch up and keep up.

Here are my two pieces of advice for a CEO in this position:

Now, consider the newly minted, MBA-wielding manager of 2022. Their introduction to ‘IT’ came from the consumer electronics side during their pre-teen years (2008-ish): video game consoles like Xbox360, PlayStation3, Nintendo Wii running GTA IV, Little Big Planet, Minecraft. Their parents likely carried an iPhone 3G, Blackberry Bold, or Nokia E71 phones, and perhaps an iPod for music; and they used work computers running Windows Vista (although XP was still quite popular), or iMac desktops and MacBook laptops. Voice over IP (VoIP). Unified Communication was coming into wide use and dial-up networking had declined to just 10% of home users in favor of ‘broadband’ (DSL and Cable) connections.

Recent college graduates, born in the 21st century, grew up:

It’s fair to call this emerging cohort (the middle of ‘Generation Z’ (1995-2009)) and beyond ‘Digital Natives.’ To them, technology is ‘just there’: present in every object they come across. It’s part of every interaction they have with other people and the world at large. Unlike prior generations, in which access to information was a scarce commodity, they have no unanswered questions of fact because they can ‘Google’ the answer. (That doesn’t mean the answers they get are correct — just easily available!)

This cohort isn’t entering the C-Suite quite yet; in traditional industries, as opposed to start-ups, they’re 10-15 years away. But today’s C-Suite executives must pay attention to them now. They are your customers (Gen Z makes up 40% of the US consumer market!); your workforce (32% of the 7.7B people on earth); and of course, your successors.

Here’s how one Analyst — not MY opinions, theirs! — characterizes Gen Z:

Digital non-Natives supervising Digital Natives should understand how the world looks different to Natives: technology is just ‘part of life,’ and technology change is taken in stride.

Listen to your Gen Z staff when they share their opinions about technology; they likely see things you don’t. Even better is to solicit opinions from a diverse (in age and other ways) group of customers or employees — and then apply technology in ways that make sense to the intended audience.

Digital Natives collaborating with or supervising non-Natives should understand that technology isn’t a part of their lived experience. Technology may be seen as a threat, an impediment, a needless crutch. That divergent experience doesn’t make non-Natives ‘dinosaurs’ and shouldn’t be met with ‘OK, Boomer’ eye-rolls. Involve a technologist with experience crafting User Experiences for a variety of audiences. Again, involve a diverse group and be deliberate in crafting the right User Experience.

CIOs and other IT leaders occupy a special place in the mix between C-Suite and BoD executives along with individual contributors — between Boomer Board Directors and Gen Zs with fresh MBAs as well as between the folks who speak ‘business’ and those who speak ‘tech.’ That place is in the middle, translating. A 21st Century IT executive must bridge whatever gaps exist among stakeholders, by ensuring that everyone gets a chance to be heard and by building solutions that work for users.

Whatever new technology comes along next, one thing remains the same: active listening is always the right course of action.