4 Ways to Secure Your Metaversial Experiences 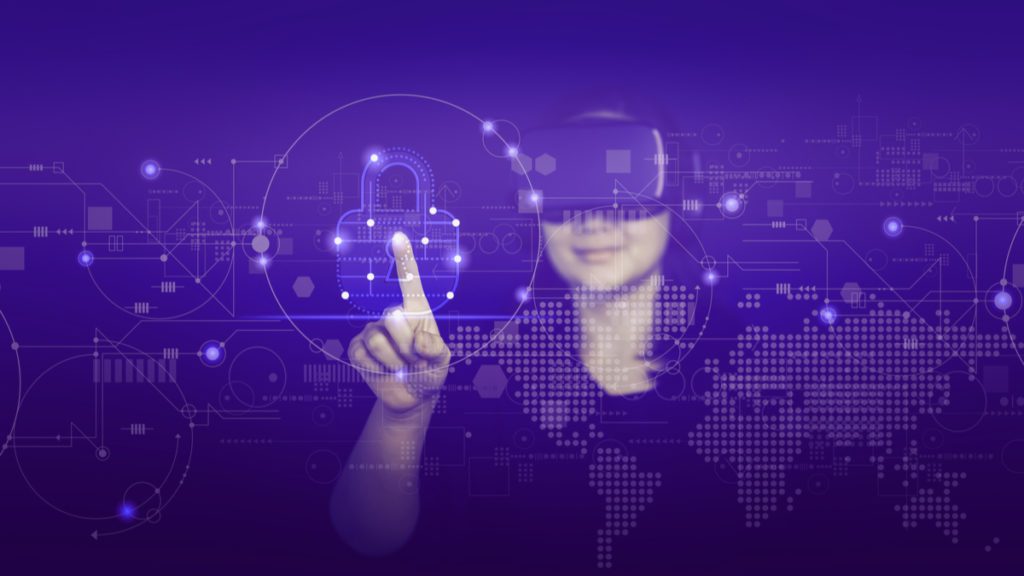 The Metaverse offers a new perspective on reality, allowing users to design imaginative worlds and socialize in new creative ways. But it’s not for entertainment only. The Metaverse is primed to become more ingrained into the worldwide economy by augmenting physical reality. As such, the value of Metaverse data and metaversial user identity will inevitably become a more valuable attack target.

Open Metaverse worlds will likely be prone to the same underhanded social engineering tactics endemic to massive multiplayer online role-playing games. This is when a nefarious actor exploits the user-to-user interaction feature for personal gain. For example, a user might be encouraged by a shady account to side-step the in-game currency system while trading a digital asset, only to receive no credits after handing it away.

Social engineering is difficult to limit in an open ecosystem, as it’s not so much of a software frailty but a human one. Unfortunately, a small percentage of users will always seek to exploit credit systems, which can undermine the credibility and stability of a project. Furthermore, unchecked bullying and hate speech can harm a user’s mental state.

Thankfully, Metaverse platforms can take certain steps to spot and limit social engineering. One would be to set firm platform policies that clearly state expected user behaviors upfront. Providing a standardized marketplace to exchange NFTs, as well as monitoring user-to-user interactions, can also help spot hostile intent. The ethical dilemma here, as with all social interaction platforms, will be determining how much policing versus free speech you want to enforce.

Each Metaverse project is unique, but the resounding theme is immersion and augmentation. As such, metaversial experiences will undoubtedly begin leveraging special hardware, such as Virtual Reality (VR) headsets, cameras, scanners, microphones, immersive enclosures, and projection mapping devices. But, as with any new technology, new vulnerabilities present themselves, especially in their infancy.

We’re all pretty accustomed to allowing an app to access our device’s microphones or camera. But if permissions are granted to the wrong party, they could spy on user activity. This threat is heightened for multi-dimensional devices that collect more data points than their audio-visual counterparts, such as gestures, 3D figures, health readings, and more. Such records paint a more realistic picture of the end user.

Vulnerabilities in connected devices can also act as a backdoor to the local machine, exposing applications and data, and even, in some cases, allowing for remote code execution. To avoid hardware-related vulnerabilities, Metaverse applications should embrace secure-by-default settings that only invoke access to device controls when users are actively present in the digital space.

Identity in the Metaverse is an interesting concept. If you put on the clothes of another person, you’re still you. But if you’re being digitally rendered, how much of that representation do you own? While we might not be able to copyright the algorithms *behind* augmentations, in many regions, users still have legal rights to the data they produce within a system. Plus, if a user’s avatar is minted as an NFT, they have ownership over that token.

Most Metaverse applications will, over time, tabulate a wealth of data associated with each individual user account. This includes their digital spatial creations, avatar customizations, in-world actions, connections with other users, and more. And by combining data points from multi-dimensional sensors, companies could also infer deep emotional cues and user preferences, which could be reused to refine hyper-targeted advertising campaigns.

Such a “Metaverse fingerprint” might soon become a valuable commodity. And, as the value of such data rises, attackers will likely seek to steal avatar data to resell on the dark web. Thus, Metaverse developers should seek to treat avatar data with the same vigilance as typical user data.

To do so, it’s best to follow the rule of least privilege. User actions in the Metaverse environments shouldn’t expose data — nor should third parties have access to avatar data — unless users knowingly agree to share this information. In addition, Metaverse platforms should encrypt data in transit and build disaster recovery plans to avoid the loss of avatar data. As a best practice, it’s also important to ensure user data handling on any platform is compliant with local regulations.

The problem is that open-source software is a double-edged sword. Since source code is in the public domain for all to view, so are its vulnerabilities. This fact has culminated in what many pundits call a software supply chain crisis, in which hackers are exploiting the weak link in common open-source libraries.

Thus, organizations will want to avoid software supply chain issues that could disrupt metaversial experiences. To do so, work to verify the providence of open-source packages before installing them. Also, it’s not a bad idea to request a software bill of materials (SBOM) from external vendors to audit your potential attack surface.

Whenever a new paradigm shift occurs in technology, new threats emerge alongside. Above, we’ve covered some essential tips to consider as you work to secure metaversial experiences. However, this only scratches the surface of a layered cybersecurity approach. Holistic protection will include encryption, multi-factor authentication, access control, and following standard cybersecurity guidelines.

Metaverse applications should be inclusive spaces that feel safe, and platform owners have a responsibility to protect these realms. By governing the in-world experience, securing device controls, and honing in on user avatar data privacy, Metaverse platforms can begin to establish safety standards. Verifying the legitimacy of underlying dependencies is also vital to avoid backend threats.

Although the Metaverse brings an exciting new frame of digital existence, at the end of the day, it’s still humans interacting with other humans. This truth means Metaverse environments will carry the same broad spectrum of human ambitions, from altruistic goals to underhanded tactics. Thus, realizing the frail edge cases possible within any new social system is important, as these will likely be the first to be exploited.