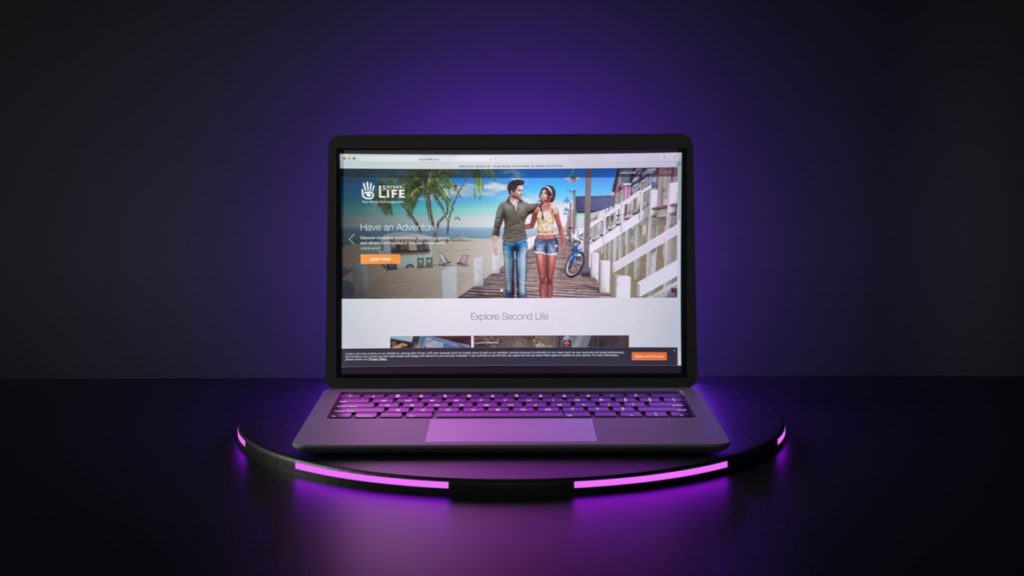 In many ways, the Metaverse is just a remix of trends, technologies, and user behaviors that we’re already familiar with. It certainly is an extrapolation of many aspects of the current two-dimensional world wide web.

It also draws many bits and pieces from open-world video games and platforms which have existed for decades. So, in trying to understand and prepare for this 3D Internet, it’s useful to review the successes and failures of Metaverse-like platforms that have already been tested in real markets for years.

One such platform was popular in the early 2000s and is called Second Life, in which users can create a custom avatar, explore a virtual world called ‘the grid,’ socialize with others, build structures, create experiences, and trade virtual assets. The platform also uses an internal, closed-loop currency called the Linden Dollar, which, in combination with the game’s overall emphasis on user-generated content, does resemble the creator economy vision many have for the Metaverse.

Philip Rosedale, one of the creators of Second Life, shares some of his learnings from starting and running the platform in an interview.

Freedom is Fine: The Metaverse Doesn’t Need a Clear Objective

Firstly, he points out that Second Life is proof that games without a clear goal still retain users. Many fear the lack of forced objectives will make players bored, but it turns out the opposite is true. Part of the success of games like Minecraft, Roblox, and Fortnite can be attributed to the flexibility that they give users.

Rosedale agrees, “For any of these metaverse ideas to pan out, the content, the avatars, the buildings, the experiences, the games, they need to be entirely buildable by a really large number of people in much the same way that websites were buildable in parallel by a lot of people at once. We have to do the same thing with the Metaverse, and there are not, as yet, toolkits and systems that would enable that.”

Second Life also proves that people will spend money on digital goods. Despite the low number of players compared to hit modern games like Fortnite, users of the platform still spent over $3 billion of real money on in-world transactions in the decade following the launch.

Even though the technology didn’t exist yet, Rosedale likens this to NFTs but without the speculative motivation factor, in which the creation and purchase of digital goods were solely driven by intrinsic value. Nonetheless, even though the possibility of earning exists, an article on Time acknowledges that very few people end up making a living from Second Life. However, future iterations of digital economies which may incorporate blockchain may offer more people opportunities for a reasonable income.

Another issue that Rosedale discovered is that users dislike cartoon avatars, particularly regarding the face. Social experiences in Second Life and the Metaverse would be greatly improved with more realistic avatars which communicate emotional cues better. Rosedale believes the limited technology of the time is the primary reason Second Life didn’t see the user numbers of later platforms, like Twitter or Facebook. Luckily, there’s rapid progress being made in this field.

Rosedale also recognizes that the Metaverse will face many of the issues that social media does today. Being responsible for such a platform, or even subcomponents of such a platform, will entail a constant battle between decentralized user autonomy and moderating or controlling to ensure a positive experience for everyone.

Despite all the criticism, this is something Meta has garnered a lot of experience in and gives the company an advantage over others joining the space.

Rosedale still has major issues with Meta, saying that Meta’s ad-based model “has become a combination of surveillance and AI that’s designed to entice you, modify your behavior, draw your eyes away from something else.” He also points out the threat of AI-based advertising avatars.

On the other hand, Second Life generates revenue through a subscription fee which allows users to own virtual properties. Plus, Rosedale open-sourced the Second Life client early on, and creators retain all rights to their work produced on the platform.

Marc Andreessen, the co-founder of venture capital firm Andreessen Horowitz, pointed out in an interview that founders often believe they are starting their business too late, but in reality, they’re almost always too early.

Second Life is an example of that. The vision was there, but the technical requirements and societal norms weren’t. Hopefully, some of Rosedale’s lessons will help you build the vision of the Metaverse that you and he likely share.