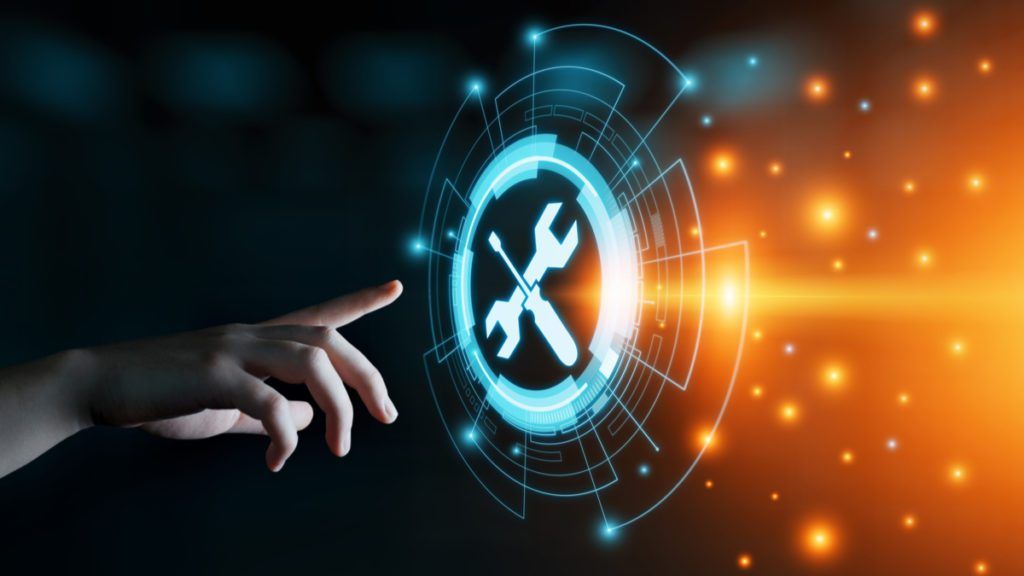 Last week I discovered the inspiring story of Dorothy Vaughan, one of the three female African-American mathematicians represented in the movie Hidden Figures. Between 1943 and 1958 she worked in NACA’s West Area Computing Unit, a team of human computers who performed aeronautical calculations by hand.

But in the years after the war, Vaughan recognized the oncoming computing industry and taught herself and her team of other female African-American human computers how to use mainframes and write in the world’s first programming language, FORTRAN.

As a result, she became NASA’s first-ever African-American supervisor, led the organization to become one of the earliest adopters of electronic computing, and helped put the first human on the moon.

Besides being an inspiring story, it also highlights the power of upskilling yourself by becoming an early adopter of tools. The question is, what are some of those tools and software today, in anticipation of the immersive internet?

So here are 9 tools you could learn to give yourself an edge in the coming computing revolution.

Adobe Aero (Currently iOS or Beta-Version for Windows or macOS)

It goes without saying that all of Adobe’s applications will play an important role in spatial computing. But besides the well-known ones, there’s also Adobe Substance 3D, Adobe Character Animator, and Adobe Aero.

Adobe Aero is a relatively simple, no-code platform to build augmented-reality experiences. You can import various file types, including those from Adobe Photoshop or Illustrator, and place them in the real world.

This is a nice tool to try out if you’re interested in exploring AR without getting too involved, particularly if you’re already using the Creative Cloud.

Overall, the company is bullish on the Metaverse. Adobe has been an avid contributor to the space, and they’re building the tools to help others do the same.

Canva is my go-to for simple graphic design. If your work involves the Internet in any way, this should be on your radar.

While still in early access, there’s only upside to learning UE5 development, and some inspiring demos can be found here and here.

Ready Player Me is an extremely simple browser-based tool for creating an avatar. I used this to create my avatar which you see if you click on my name in the author field above.

Honestly, this is just a fun one to try out if you have a spare twenty minutes, or want a quick but aesthetic avatar to add to your other 3D projects or profile pictures.

Blender is a free and open-source 3D graphics software that can be used for almost everything – animation, visual effects, engineering CAD, motion graphics, VR, and of course 3D modeling. Note: unlike Unity or Unreal Engine, Blender is not real-time.

And because it’s free, there are tons of tutorials online to help you get started.

Similar to Unreal Engine, NVIDIA’s Omniverse platform is a powerful low to no-code tool for creating and rendering immersive scenes. Whether you choose to use Omniverse or UE5 is a matter of taste, and there’s a lot of overlap.

If you want to explore browser-based augmented reality experiences, 8th Wall and related services are a good start. Check out their website for what this might look like – definitely something to consider for product packaging, for example.

Unlike the other items on this list, this one’s actually a programming language used for implementing smart contracts on blockchains like Ethereum. And unlike other languages, Solidity code is not executed by a single computer, but by the Ethereum Virtual Machine.

Unity is also a powerful graphics engine that’s great for indie or beginner developers. It’s been used in a variety of games like Roblox or Pokémon Go and is also extremely prevalent in VR development. It also has a VR preview mode which you can use to see your project directly in a head-mounted device.

Although easy to learn and very flexible, some developers prefer Unreal Engine for its more realistic graphics.