Are Executives and Boards Prepared for the Paradigm Shift of the Metaverse? 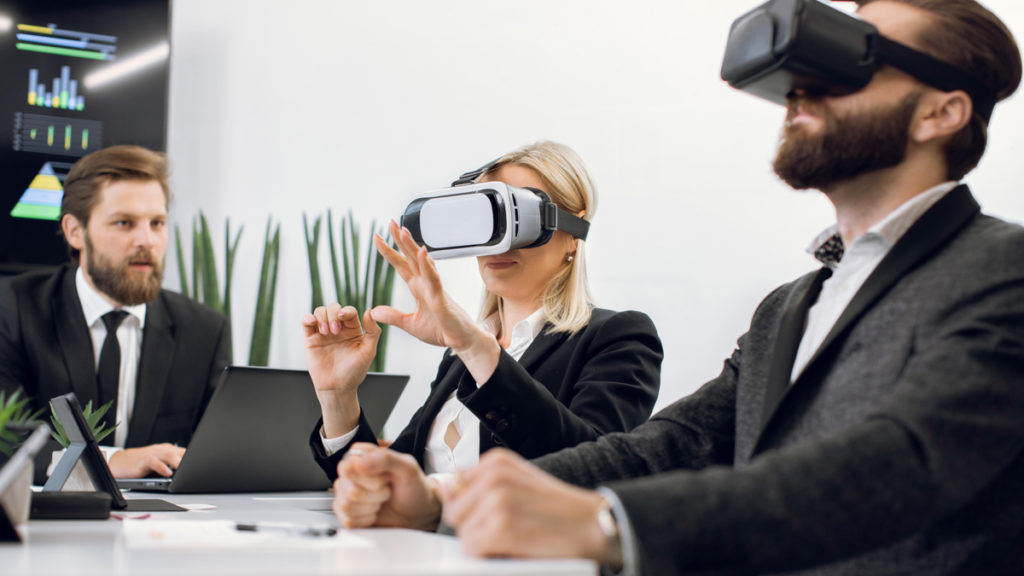 The IT profession has been around for about 60 years. Every 10-20 years, a paradigm shift occurred:

As we enter 2022, a new paradigm shift is starting to unfold before our eyes. Let’s call this the unfreezing stage of the ‘Web3/Metaverse Era,’ as limitations of the Internet & Cloud models are increasingly coming to light. Social Media companies are under attack from all sides; security vulnerabilities are increasing in number and severity; ‘big tech’ firms are becoming increasingly dominant; cryptocurrency is gaining traction, despite extreme volatility. It’s increasingly clear that continuing to apply band-aids isn’t a long-term fix to these problems and that something more sweeping is needed.

There are many smart people–in academia, in government, in cutting-edge tech firms—working to overcome those and other limitations of today’s models. Two guarantees I’ll offer:

What does this mean to the majority of business leaders, to Board Directors and C-Suite execs of retailers, manufacturers, financial services and healthcare firms, etc.?

The first implication of our journey towards Web3/Metaverse is that many firms will undergo a true Digital Transformation (DX): “a CEO/BoD led reimagining of an organization’s culture, markets, products, customer experience, and employee experience that is driven–in part or entirely–by the promise or threat of technology.” Some firms will willingly embark on such a transformation based on their vision of new possibilities. Other firms will grudgingly undertake a DX under threat from existing competitors and new market entrants who take advantage of emerging technology to threaten the existing market position. Digital Transformations are indeed BHAGs (Big Hairy Audacious Goals) and are thus lengthy, risky, and ugly. A CEO who takes the risk of a DX may not be around long enough to see the transition through to its end. It’s partially due to the length of time remaking a firm takes, and partially because a Board may lose patience supporting the CEO’s vision (often because investors can be pretty unforgiving)…unless you’re a billionaire Founder:

Right now, Mark Zuckerberg is leading one of the largest and most audacious Digital Transformations ever. He’s responding to recent subscriber losses to new competitors, advertising revenue pressures, and social and regulatory headwinds. No doubt he’s also looking around the next corner, determined to keep Facebook relevant as technology unfreezes. He renamed Facebook to Meta, broke out the Metaverse segment (Reality Labs) so its performance was more visible (and reported $10B in losses)[2]. Let me ask: how many CEOs would be willing to take such a DX plan to their Boards, how many Boards would be willing to back the CEO, and how many would be able to stand up to the inevitable critics? Not many—which is why true Digital Transformations at scale are so rare.

OK, CEOs/BoDs: now that you know it will be hard to transform, what IS this Web3/Metaverse? My Acceleration Economy and ‘My Metaverse Minute’ colleagues are no doubt writing lots about the details (and I can’t wait to learn from all of them!). Here’s my executive summary:

Web3 is itself a shifting landscape of technologies, but for now, it looks like

If anyone tells you they have this all figured out and KNOW what specific investments you must make, toss them out of the Boardroom: in the ‘Change’ period, nobody is really sure.

What we can predict is that as business leaders, you must prepare your firms for several rounds of technology + market + social changes and be ready to move rapidly into a Digital Transformation. To do so, think carefully about your firm’s mission and its culture: what do you stand for, and how do you tell (and show) employees and the world at large about it? Also examine the relationship between your technology organization and the rest of the firm. If technology isn’t viewed as truly part of the business—as even more than a ‘partner,’ where IT goals and business goals ‘align’ but remain separate—you’re likely going to miss the inflection points and move too slowly to stay in the front ranks of your industry. And finally, ensure your technology ‘physical plant’—your investments in software and hardware and networks and people and processes—are tuned up and ready to execute on ever-faster and ever-more-demanding business plans.