Fitness in the Virtual World: How VR Can Push Users to the Limit 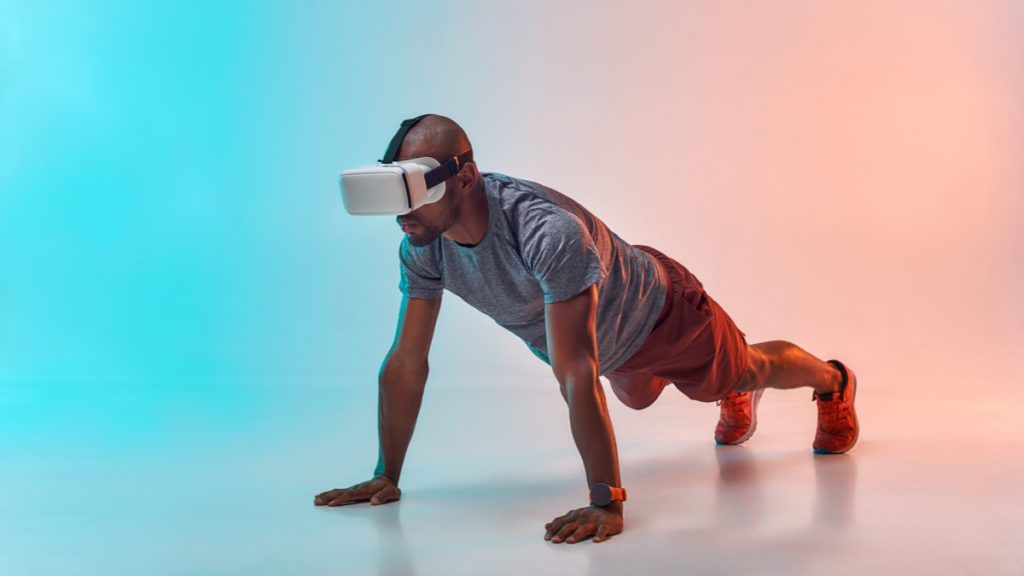 At least 90% of the people reading this reconsidered their fitness routine during the pandemic, whether that’s because gyms were closed, your commute cycle to work had to be replaced, or everyone else was doing home fitness all of a sudden. Some people bought Pelotons. Some went on walks.

But others bought VR headsets.

At first, this seems ridiculous. How can entering a virtual world, the very thing we’re usually trying to escape by exercising, give you a workout? Yet, fitness is quickly becoming one of the best uses for consumer VR.

The Oculus Quest platform has several very popular fitness-dedicated applications such as Supernatural or FitXR which make aerobic exercise a little easier by turning it into a game. Supernatural, for example, places you in interesting locations, like mountaintops or Mars, and has users perform movements to the rhythm of music played through the headset.

Other games, like Creed: Rise to Glory, which is based on the Rocky franchise, have users go toe-to-toe with virtual boxers, whose towering height and rapid punches are surprisingly intimidating. Crank up the difficulty and you’re no longer working out, you’re trying to stay alive.

Research from various organizations like the Virtual Reality Institute of Health and Exercise have done experiments measuring heart rate and oxygen intake to estimate the energy expenditure of people using VR. They determined that playing certain games, such as Thrill of the Fight, gives an equivalent workout to rowing during that time.

The best part is that users often didn’t even realize this, as the strain of exercise was subsumed by the immersion into a fun VR game. “People didn’t sense they were exercising really hard,” says Marialice Kern of the Institute.

The Benefits of VR Fitness

Besides adding interactivity, visuals, music, and gamified objectives to home workouts, VR fitness is becoming more popular because it can be a social experience, too. You can do joint workouts and even box your friends in Creed: Rise to Glory—all with no commute, no gym membership, and no broken noses.

As more people turn to the spatial internet, the community surrounding VR fitness will flourish. Some examples might include tokenized achievement rewards, leaderboards, and even virtual tournaments. VR Olympics, anyone?

Some people see VR as the next evolution of the Peloton by similarly providing the entertainment and accountability which motivates users to exercise at home. This is especially true for those with busy schedules who need only a minimal workout. But it’s also the case for patients needing physical rehabilitation, those with certain disabilities, and the elderly, demographics which are surprisingly enthusiastic about VR, as I learned working with SyncVR Medical, a startup connecting healthcare professionals to virtual reality.

VR Fitness Insider has also pointed out, “A [VR] fitness routine also improves overall wellbeing by increasing self-esteem and cognitive functioning and some VR games are designed specifically with challenges, motivation, and positive feedback. Supernatural is a great example of this, with daily workouts, inspirational content, connections with other community members, etc.”

That’s not to say VR fitness is ready to replace all forms of exercise. There’s no resistance in VR yet, so those looking for strength training still need real weights. Team sports face a synchronization problem, where split-second reactions and precise movements differentiate winning from losing.

Plus, the future of the field is only uphill. With better haptic technology, motion-capture suits, omnidirectional treadmills, and headsets, possibilities will open up. Games will emerge which have more advanced interactions, such as walking freely or using equipment like balls or rackets. Such applications will also be useful for personal training sessions and training for professional athletes.

This isn’t even including the yet-untapped potential of augmented-reality fitness. Imagine running down a real street but alongside a digital Usain Bolt to motivate you (hopefully he’ll take it easy). Or training soccer team plays with 10 other AI-based digital players projected onto a real field with a virtual ball that never gets lost. The list goes on.

Overall, doing fitness on VR is a great introduction to the technology for those unfamiliar with it, and it will drive user adoption vital for building the Metaverse. As Dave Lee from Financial Times puts it in a recent article, “Those who want to see the Metaverse become a huge success would be wise to focus not on the benefits of the virtual world, but on how VR can be made to make us feel better in the real one too.”