How 21st-Century Realities Have Led the Mainframe-to-Metaverse Continuum 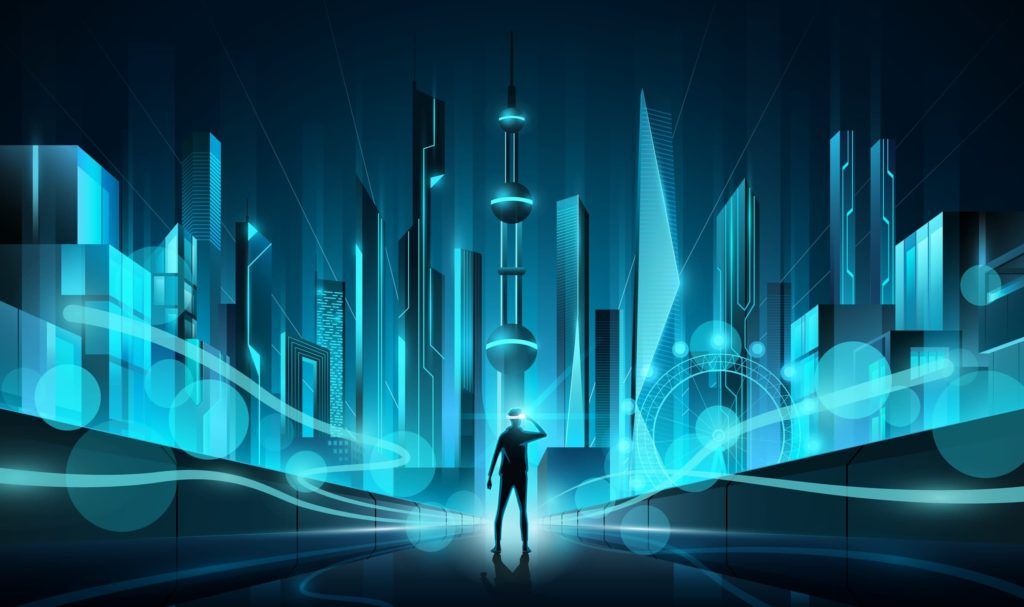 Those who work in and around the tech business have an exceptionally high rate of an early 21st-century condition known as Shiny Object Syndrome. Just as we start to get all worked up about the new greatest thingamajig evuh, the next new pulsardongulator arrives and we flock to it rapturously and forget all about the heart throbber to which we were eternally devoted to just 5 minutes ago.

Recently, I couldn’t help but think of this Shiny Object Syndrome as Coca-Cola plunged deeply into the Metaverse, AWS signed a pretty wild agreement with the Brazilian Space Agency, and IBM ushered in a new cloud-based wave of innovation for mainframes.

As a result, it would be easy for all of us to zip around in a state of constant high-intensity distractedness: Metaverse or mundane? Interplanetary commerce or Earth-based focus? Or how about the zany belief that the cloud will take over all of the world’s IT environments in a year or two, relegating mainframes to the tarpit of history?

“According to many experts at the moment, the visions, the views, and the predictions that huge organizations are making about the capabilities of the Metaverse are impossible to realize.”

Separate Realities on a Continuous Spectrum

The 21st-century is a time when we all need to fight that compulsion toward permanent distractedness and remember that video most certainly did not kill the radio star. Instead, we need to see all of these seemingly separate realities as interrelated points on a continuous spectrum defined by the amazingly wide range of human experiences that are here today and that will surely expand rapidly in the years to come.

The Coca-Cola company captured this nicely in its recent launch of some new drinks. From a recent article on marketingweek.com: Described as a “new brand expression”, Coca-Cola Creations will introduce a series of limited-edition flavors, collaborations, and experiences spanning the “physical and digital worlds”.

The first Coca-Cola Creations product rolling out in the US is Starlight, a limited-edition “space Coke” which imagines how outer space might taste.

“How outer space might taste”—not sure an old dude like me gets it, but I give the Coke crew top marks for ambition and the sheer scale of their ambitions, which that article describes nicely.

Then there’s AWS and the Brazilian Space Agency, which are working together to not only deploy cloud technology to manage the agency’s operations but also to drive economic growth, fortify national security, and help shape that enormous country’s national policy and strategy for space.

Plus, it represents “a concrete initiative towards greater integration of the Brazilian private sector and our aerospace industry with the American innovation ecosystem, the most advanced in the world,” said Brazilian ambassador to the U.S. Nestor Forster Jr.

To me, those sound like very lofty goals built from the earthly ground up.

In the traditional world of IT environments, IBM recently made a big breakthrough with its IBM Cloud for Financial Services in bridging the gap between workhorse mainframes and powerful new cloud-based services. As explained in our exclusive interview with Howard Boville, IBM Head of Cloud Platform:

No doubt, that’s a lot of shiny objects—but when viewed in the proper context, they’re all interconnected links in a dazzling chain of potential and possibility. Some final thoughts are in the concluding section below.

I suggest we think of all of these various 21st-century realms or realities as platforms for creating and optimizing human experiences. They are not disconnected, not fragmented, not in competition with one another, and surely not incompatible—unless some short-sighted leaders willfully incorporate that outcome, which should be a fireable offense.

PCs, mobile devices, supercomputers, IoT, and the edge, in general, are all part of the continuum. And if it makes our brains hurt a little to figure out how the Metaverse and outer space fit into all this, that’s okay—as the United States Marine Corps has said, “Pain is just weakness leaving the body.”

If we think this stuff today is crazy—and it sure is—then we better lace ‘em up extra tight because later this year or early next year, the tech industry is going to start pushing out the first generation of cloud-based quantum-computing services, which will very likely deliver the shiniest gosh-darn objects anyone has ever seen.