How Meta Plans to Make Money in the Metaverse Through Immersion 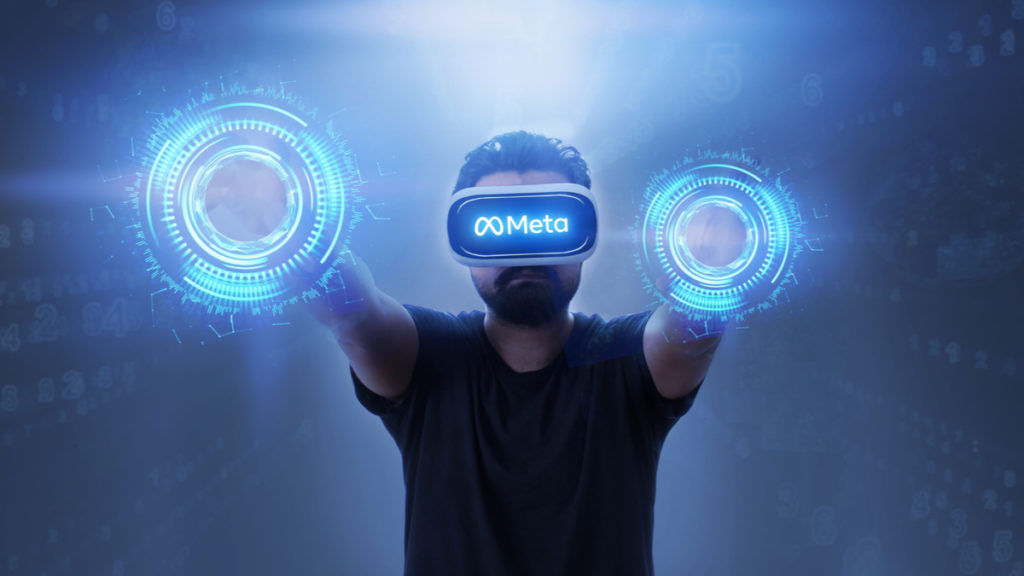 Much of the excitement surrounding the Metaverse can be traced back to the name change of Meta. The company, formerly known as Facebook, has made significant investments into immersive technologies and experiences which signaled their transition into this upcoming era and motivated others to start thinking about it as well.

But what actually is Meta’s business model in the Metaverse? What source of profit is drawing their attention? It’s easy to forget these fundamental questions in all the excitement, yet they’re necessary for understanding what role the company will fill in the years to come.

You’re probably well aware that Meta is an advertising company at its core. They leverage third-party creators, the network effect, and content recommendation models to draw users to their proprietary platforms and keep them there. In addition to getting many eyeballs in one place, they also collect an enormous volume of data about those users—a perfect combination for a hungry marketer wanting to push their product or service in front of a large, targeted crowd. They’ve been playing this game for years and they’ve gotten pretty good at it.

So why would they change their hustle going into the Metaverse? Like most businesses in times of disruption, they will extrapolate their core model and adapt it to new technologies.

At first, this doesn’t seem like a huge issue. Why should we get worked up about Meta’s business model when they’ve been running it full steam ahead since 2004?

Because with more immersion and functionality comes a greater appetite for data. In order to work best, the headsets we’ll use to interface with the Metaverse must track where our eyes look, for how long, our facial expressions, and even our body posture with the help of suits. Other wearables like smartwatches or gloves can track pulse, sweat composition, even skin conductance. Smart homes and IoT systems integrated into the Metaverse will be able to know everything from how warm you like your bath water to when you turn off the lights every night. Face-to-face conversations can be recorded and analyzed. Your constantly growing data profile will contain insights that not even you know about.

But here’s the catch. While this sounds like science fiction, there’s plenty of evidence to show Meta’s plan to move in that direction. In the July 2021 earnings call, Zuckerberg outlined the company’s plan to sell headsets for as little as possible while making the most revenue from digital commerce and advertising within the Metaverse.

The Financial Times recently released an article that “reviewed hundreds of applications to the US Patent and Trademark Office, many of which were granted [in January 2022], [which] reveal that Meta has patented multiple technologies that wield users’ biometric data in order to help power what the user sees and ensure their digital avatars are animated realistically.”

One patent, which was granted on January 4th, describes a system for tracking facial expressions through a wearable headset “that will then ‘adapt media content’ based on those responses,” writes Hannah Murphy. Imagine a dynamic advertisement that optimizes its approach or design or CTA based on your biological reactions or tendencies shown in the past.

Such an ad might not even be an image or video, it might even be an A.I.-generated avatar that has a conversation with you about a product or service, applying machine learning to your micro-expressions and physical reactions to deliver the perfect line at the perfect time. Pitches will be more convincing than ones given by even the best human salespeople, and persuasion might not just be limited to sales – political ideas can be pushed, too. We talked about artificial agents in my recent interview with Louis Rosenberg, check it out if you want to learn more.

“Another patent proposes an “avatar personalization engine” that can create three-dimensional avatars based on a user’s photos, using tools including a so-called skin replicator,” Murphy says. Combined with behavioral data, these avatars are essentially high-fidelity digital clones.

As a side note, these are major motivators for the open Metaverse movement, which opposes centralized ownership of such digital worlds and data. If you ever wondered why blockchain is so frequently pitted together with the Metaverse, it’s because people realize the need for a technological solution to the issue of ownership of something as large as the Metaverse.

Unfortunately, collecting data is a necessary part of the Metaverse. Headsets need to track your pupils to adjust the visuals. Motion capture suits or haptics have to know your body posture to replicate it into a digital environment. IoT systems undoubtedly make life easier in many ways.

Yet it’s important for our privacy, well-being, and society not to exploit business models which leverage this data or let it fall into malevolent hands. The age-old problem of cybersecurity and privacy will only increase by an order of magnitude as we move into the Metaverse.

One of the core ideas of my own Web3/Metaverse media outlet The Utopian is that right now we have the opportunity to build a new world from scratch. Why do we have to import old, questionable business models onto this blank canvas? I admire Meta’s push for accessibility by making services free, but is that really worth living in a dystopia? I’d rather pay a monthly fee.

So to end on a general note, I’d advise you to consider different business models as we move into this new world. Be creative! Invent a new model. Make a world we want to live in.