Like it or not, virtual influencers are here to stay. For many, they represent the pinnacle of unashamed advertising, where the human voice and influence are manipulated into a digital entity with the sole purpose of selling.

For others, it is a natural progression and no different from the thousands of other digital interactions they actively instigate daily. This group is the digital-first generation. In this article, we’ll explain what virtual influencers are, what digital-first means, and how this new breed of marketing tool will impact billions of people born in the information age.

What is the digital-first generation?

Speaking at Cloud Wars Expo 2022, Christopher Lochhead told an anecdote about a visiting millenial who spent her entire time glued to her iPhone while staying at a Malibu beachfront villa. She seemed uninterested in the natural world, the ocean, the sunsets, and sunrises. She was only concerned with the comings and goings of the digital networks supported by her smartphone.

Christopher had a realization. Her smartphone contained her world on social networks, her interactions were predominantly digital, and anything outside of it was a distraction, regardless of how beautiful and poignant it might appear to others.

This is an extreme example, but it clearly defines analog-first and digital-first consumers. Ultimately, the mostly 34-years-old-and-under digital natives who make up the digital-first generation were born in the digital age, when the internet was already established and computers, cell phones, and other devices were prevalent. Digital natives adapt to technology quickly and readily consume digital information over analog equivalents.

While analog-first, or digital immigrant, consumers rely on education to understand and maximize technology, the digital-first generation adapts unconsciously by design.

What is a virtual influencer?

Virtual influencers follow the same established rules as human influencers. They use social media to portray idealized images of themselves and their day-to-day lives to build an online following of admirers.

That following translates into advertising revenue. The difference with virtual influencers is that they are entirely digital constructs controlled and developed by marketing professionals. A virtual influencer bot represents the circle’s close, where a digital entity is used to encourage digital sales on digital platforms.

How significant will virtual influencers be to digital-first users?

Fundamentally, digital-first users are more likely to accept and follow virtual influencers because they understand the mechanisms that control them. They know that the technology is used to sell, but they don’t care. Why? Because they see beyond the marketing use case and derive real value through entertainment, style advice, peer trends, and more.

While analog-first users may be concerned about being coerced by underhand marketing tactics, digital-first users are more likely to see any new technological leap in the sector as expected. So, if digital natives are so accepting, what impact will virtual influencers have?

As of today, virtual influencers are a next-generation marketing tool. So, in the short term, they will likely encourage a susceptible, digital-first consumer base to spend more on products and services. However, it’s already been proven, through the likes of Instagram virtual influencer Lil Miquela, that digital natives don’t seem to care whether a character is human or not.

The lines are so blurred that, today, virtual influencers can engage with, entertain, and influence subscribers. As of today, Lil Miquela has more than three million followers on Instagram. The point here is that virtual influencers can garner emotional connections with audiences, which is both encouraging and disturbing, beyond the apparent sales and advertising use cases.

Virtual influencers are often paired with real-life human beings for promotional and social media shoots. This humanization enables them to propose fundamental ideas and sentiments to their followers. Used correctly, the boffins behind the brand can ensure these messages are positive and ultimately beneficial.

However, in the wrong hands, nefarious parties could use virtual influencers to spread false information, hate speech, and more. And then there’s the potential psychological impact, which so far is unknown. However, there’s no doubt that there will be one. Firstly, as many virtual influencers are made to meet standard beauty criteria, there’s a real risk that users may become attracted to or even fall in love with digital characters.

Fictiophilia, the obsession with fictitious characters, is studied, though not a recognized psychological condition. Adverse effects such as confusion, shame, and a loss of touch with reality have been recorded. Moreover, there’s a real possibility that digital-first users will begin to reject the notion of any difference between digital and human.

Whether or not this turns out to be a negative thing remains to be seen, but perhaps the most significant danger is that this leads to dehumanization and all potential abuses that could follow. Again, as the Metaverse continues to develop, it comes down to a question of governance and responsibilities. Advertisers and marketers know the consequences of hyper-humanization, yet they do it anyway because that’s what sells. The important thing is that the space is regulated.

Still, as virtual personalities develop and become more prevalent in emerging virtual environments, there’s also a possibility that they will help users overcome feelings of isolation and loneliness. Virtual influencers, just as any other chatbot, could converse one-on-one with a user who, in turn, may feel they are receiving advice and support from something more than a friend — from an idol. 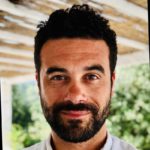