How Will Social Media Platforms Flourish in the Metaverse? 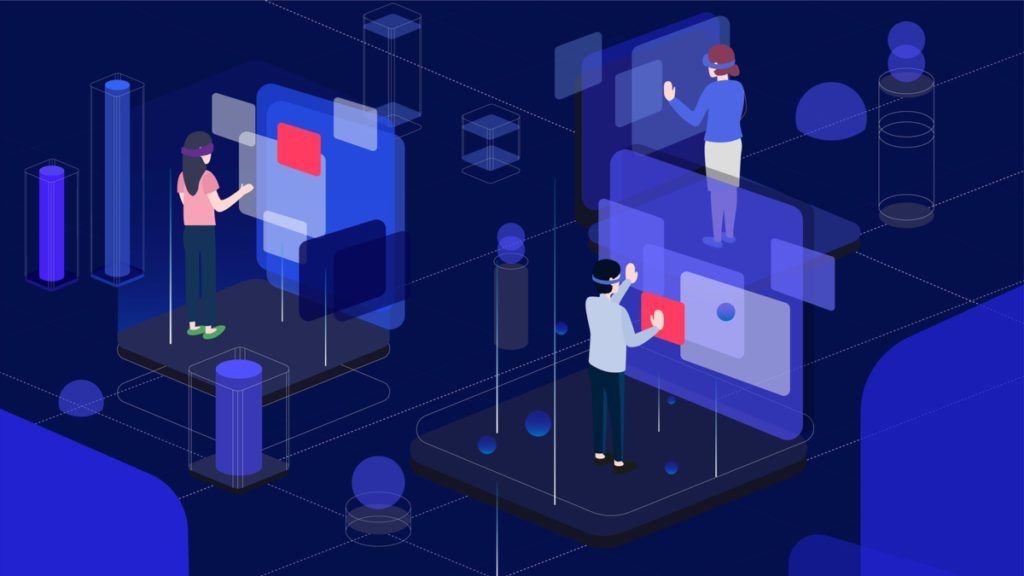 When Facebook changed its name to Meta, the company solidified its transition from a social media giant to a multi-faceted conglomerate. By doing so, Meta announced that the company would play out its core goals in the Metaverse. So, where does this leave the social media industry?

Facebook is losing active users and many pundits believe Instagram will soon follow. Could the Metaverse provide new opportunities for existing social media platforms to flourish? Or, will new players step in to establish innovative, Metaverse-first approaches?

How Will Existing Platforms Adapt?

Perhaps the most anticipated social media advance in the Metaverse comes from Meta. Facebook, as we know it, will transform into a combined space for socializing, shopping, learning, and more.

Centered on the platform’s Horizon Home space, users can meet as avatars, watch movies together, play video games, and replicate similar real-life experiences. However, this is just one aspect of Meta’s multi-faceted approach.

As of yet, it’s difficult to predict how Instagram, Facebook, and What’s App, all social brands under the Meta umbrella, feature in the company’s strategy. Although, Instagram has already pivoted to video content more in tune with Metaverse platforms.

It’s Not All About Meta

Twitter is keeping its Metaverse intentions close to its chest—former CEO Jack Dorsey has been critical of Mark Zuckerberg’s intentions, and the recent takeover by Elon Musk has thrown up more critical points.

Snapchat could already be leading the field. In a recent statement, Snapchat CEO Evan Spiegel banned the term Metaverse in the office. Instead, the company has distanced itself from the immersive Metaverse described by Meta and continues to perfect the AR products and experiences it already does so well.

Snapchat may prefer to avoid the term, but AR is an essential part of the Metaverse. For years, the company has been working on AR additions to its current Web 2.0 app, putting them ahead of the game in Metaverse innovations. Now, a series of new devices will accelerate their position further still.

The company’s latest Snap Spectacles will include a new Lens cloud where developers can create bespoke AR experiences. In contrast, another new feature will enable users to occupy the same AR places in real-time. Furthermore, a new personal drone, Pixy, will follow users, filming content on the go.

To understand how new organizations could take over social media in the Metaverse, you need to change your perspective. Social media is all about interaction, while the Metaverse is about gamification.

To that end, many platforms considered gaming spaces are slowly morphing into social media spaces. The top ones include Roblox and Fortnite, but there are many more.

Still, dedicated social media platforms are emerging in the Metaverse that differs from what’s already there and exploits the Metaverse’s benefits to create innovative new use cases. One such platform is Gravvity.

User empowerment is at the core of the platform, as it’s the first hyper-realistic social media platform to enter the Metaverse. In addition to enabling users to control their news feed, Gravvity rewards users for staying on the platform by issuing its crypto tokens.

Gravvity is ultimately a SocialFi project. Perhaps this term will be most transformative for social media companies in the Metaverse. It encompasses a shift away from centralized ownership and ushers in an era where users own their data and companies make profits and reward loyalty through an interconnected web of blockchain-powered finance, NFT contracts, and social networking.

Is the Metaverse Social Media by Design?

Throughout this article, we’ve been edging towards an inevitable conclusion: social media can’t survive the Metaverse. Why? Because by its very nature, the Metaverse is a social platform.

Interconnectivity is the cornerstone of Metaverse experiences. In fact, all of the leading platforms, like Decentraland and The Sandbox, are social platforms. Even existing non-web-based companies —the likes of JP Morgan, Wendy’s, and Samsung—have social spaces in the Metaverse that echo the fundamental principles of social media platforms.

The most accurate prediction is that SocialFi will exist alongside other DeFi sectors, but the social media industry, as we know it, will disintegrate.