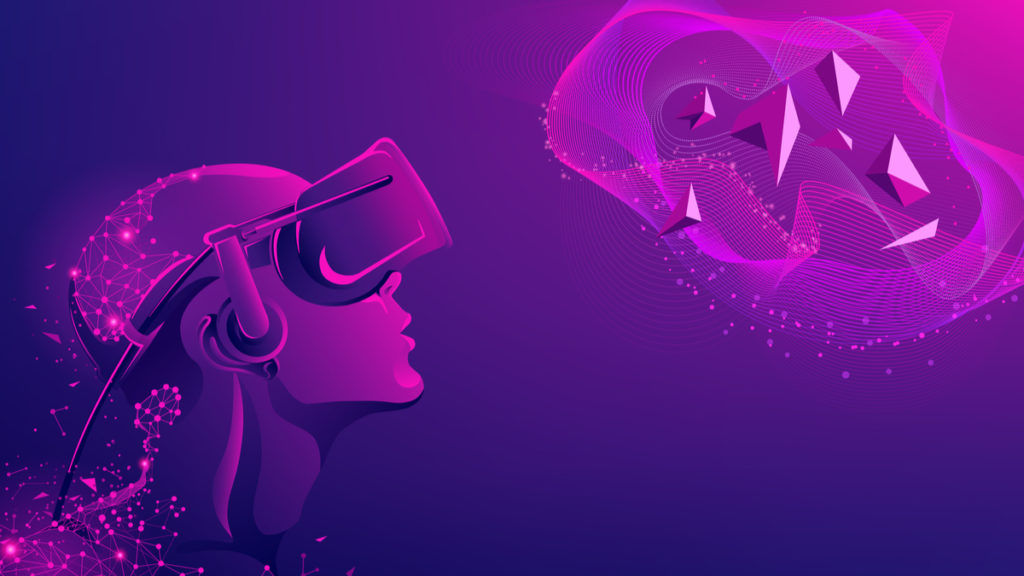 The birth of the metaverse can be attributed to decades of technology trends that have been driven by perceived needs. In some ways, the metaverse just gives a name to an arbitrary notch in those continuous trends. One of the most notable trends is convergence, which happens to have two interpretations, which I will outline below.

First, the Metaverse is often defined as a convergence of virtual and physical reality. Two-dimensional interfaces like laptops and smartphones still maintain a separation between the digital world and the physical one. To access the internet, you have to pull your device out and turn it on – among other things, access to this world is limited by screen size. Communication between mind and machine can also be made faster. We chose to call the next iteration the Metaverse, wherein the transition between the physical and virtual world is made smoother through technologies like extended reality.

There’s nothing inherently new about getting better immersion and increasing the ‘bandwidth’ of communication between computers and humans. This trend is what I call the Pipeline of Human-Machine Interfacing, which you can read about here. It’s what drove us from the clunky desktop to touchscreen phones, and it’s what will drive us from those same phones to extended-reality headsets. It might even be what drives us from XR to brain-machine interfaces.

For too many people, the Metaverse is just about moving experiences into VR.

For others, such as the Web3 VC/accelerator Outlier Ventures, who share some great thoughts here, it means the convergence of VR, AR, computer vision, IoT, smart cities, biotech, blockchain, and AI. This is because the Metaverse revolves around how data application and content representation is fundamentally changing the dynamics of our society, just like the Internet has. That’s why the Metaverse is often considered an extension of the Internet.

To paint a picture, imagine you’re walking down the street. You throw out your finished coffee in a bin which is outlined in orange on your AR headset because the city embedded devices into all public infrastructure features. You’re a bit hungry, so you start a search for the nearest restaurant. An AI algorithm uses your past restaurant ratings and others’ snapshots of their meals to give you a few top suggestions. A nearby Chinese place has a good-looking roast duck. You enter the store, but there’s a huge line. You take a screenshot of the line and submit it to Google Maps, which automatically blurs everyone’s faces using computer vision and publishes the picture so others searching for restaurants know the situation. As a reward for submitting, a data-sharing blockchain network algorithmically deposits 0.0005 ETH to my wallet address which is later reused to buy my roast duck.

Take the story with a grain of salt, it’s only meant to get your imagination going.

The Metaverse is also a convergence of social and political trends such as the normalization of virtual experiences due to Covid-19 and the increasing distrust in centralized organizations driving the enthusiasm behind Web3.

So, What Does This Mean For Your Business?

Don’t let your vision be narrowed by existing products and plans. This convergence is a trend spanning decades, and we can’t imagine what we’ll have in even five to ten years. A brilliant quote comes to mind:

“We overestimate the impact of technology in the short-term and underestimate the effect in the long run.” – Roy Amara, Stanford computer scientist in the 1960s

All industries will eventually be affected by this convergence, by the Metaverse. In the 1980s and 90s, the Internet also seemed too esoteric for most businesses. Yet within two decades, it was used ubiquitously – from gold mining to burger flipping to Wall Street banking. The convergence of XR with other technologies will face a similar adoption trajectory. The Metaverse isn’t just for consumer-facing companies.

It’s OK if the time for you or your business to step in hasn’t come yet. Despite all the buzz, most of the early-mover advantage of the Internet was captured in the early 2000s, after the dot com bubble.

But don’t brush off the impact of the Metaverse for another ten years because ape-themed NFTs and gimmicky Decentraland storefronts are all that come to mind when thinking about it. This is just the beginning.