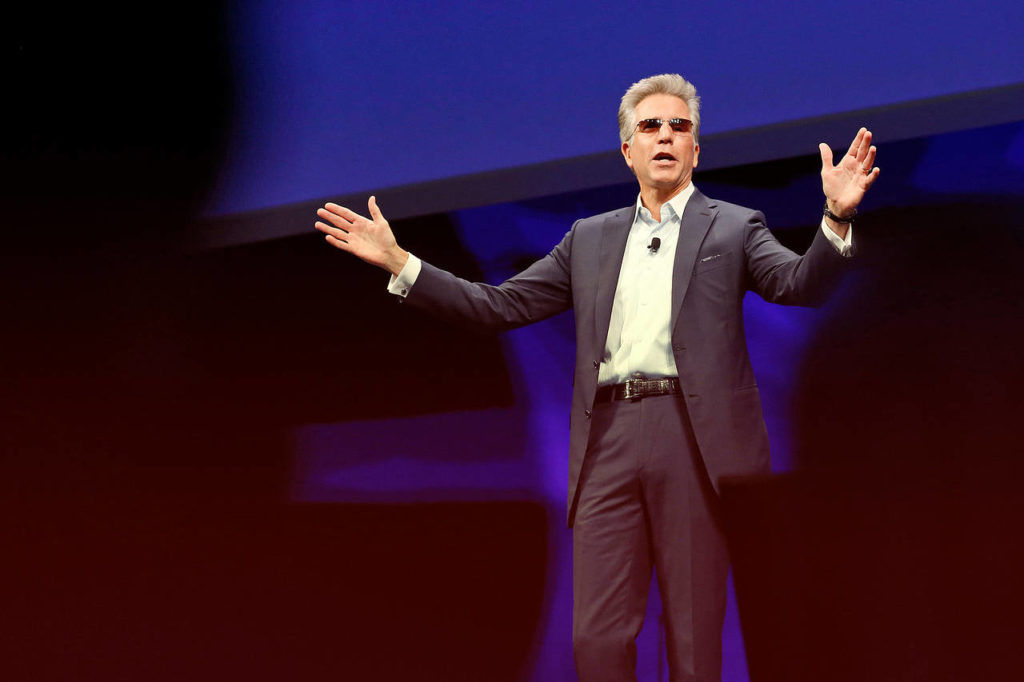 After losing its current CEO to the allures of Nike, ServiceNow has scored a huge coup by recruiting SAP icon Bill McDermott to become CEO of the high-flying digital-workflow company by year’s end.

Saying he is “fired up and can’t wait to get started,” McDermott takes over from John Donahoe. Donahoe tripled ServiceNow’s market cap during his three years as CEO, the company said in a press release. Donahoe will become CEO of Nike in January.

As I see it, McDermott faces 3 immediate and significant challenges at ServiceNow, which ranks #10 on my Cloud Wars Top 10 listing. The company’s made excellent progress in rationalizing its product line, placing far more emphasis on customers. It’s also growing at 35% or more for the last dozen or so quarters. But the pace of business in the Cloud Wars only accelerates. So McDermott has to ensure that ServiceNow not only doesn’t miss a beat during this transition, but in fact accelerates through it.

Donahoe’s done a nice job of extending the vision of founder Fred Luddy to digital workflows. But the big challenge now is converting that internally oriented concept into a externally focused driver of huge business value for ServiceNow’s customers. (Please see ServiceNow’s Breakthrough Strategy: Create ‘Systems of Action’.) All around the Cloud Wars, we see the big SaaS vendors expanding rapidly into new areas and creating new waves of value for customers.

So while the digital workflow opportunity has been strong and definitely has some legs left, McDermott needs to figure out what ServiceNow becomes when it grows up. To get a sense of the scale and scope of McDermott’s vision, please check out this 10-minute video interview I did with him in May: SAP and Qualtrics’ $1.6-Trillion Opportunity: Exclusive Talk with SAP CEO Bill McDermott.

2. Will ServiceNow Extend its Alliance with Microsoft?

A few months ago, ServiceNow struck an important but narrow deal with Microsoft. The agreement involved specialized configurations of ServiceNow apps working with Azure in regulated industries and government agencies.

Over the past couple of years, McDermott strategically aligned SAP closely with Microsoft to help big global customers begin moving mission-critical workloads to the cloud. He also partnered up with Microsoft CEO Satya Nadella and Adobe CEO Shantanu Narayen to form the Open Data Initiative with those three companies as founding members. Microsoft offers a stunning array of go-to-market innovations that could provide ServiceNow—and McDermott—with some additional hypergrowth over the next few years.

3. Making ServiceNow a Big-Time Player that Customers View as Indispensable.

Again, I take nothing away from ServiceNow’s remarkable success when I say that what got the company here will not get it to there—with “there” being a $10-billion target. That number’s been bandied about informally inside ServiceNow. But Bill McDermott might well tell the company that dreams of $10 billion are too cautious, too restrained, too safe! Just as McDermott drove SAP from a huge but fairly insular giant in the on-premises ERP category to an open, fast-changing and end-to-end supplier of cloud apps as well as on-premises solutions, so too will he no doubt develop a vision for ServiceNow that’s far, far beyond what the company is today.

Indeed, one of the hallmarks of today’s ServiceNow is that it’s a big-time player with very few competitors. And so far, that unique positioning’s been a huge benefit to the company as it’s filled in some white spaces around and in between where the mainstream apps providers operate.

But Bill McDermott doesn’t operate in confined spaces. Even when the one ServiceNow is in has allowed it to deliver exceptional performance with 35%-plus growth and a $4-billion annual run rate. (Please see How Bill McDermott Rescued SAP in its Darkest Hour: Courageous Leadership.)

No, McDermott’s going to ultimately take ServiceNow from its excellent current position and into additional categories that can deliver huge value to customers. And no doubt, where ServiceNow will have lots and lots of competition.

ServiceNow Bets Big on Microsoft and Mobile for Next Growth Spurt