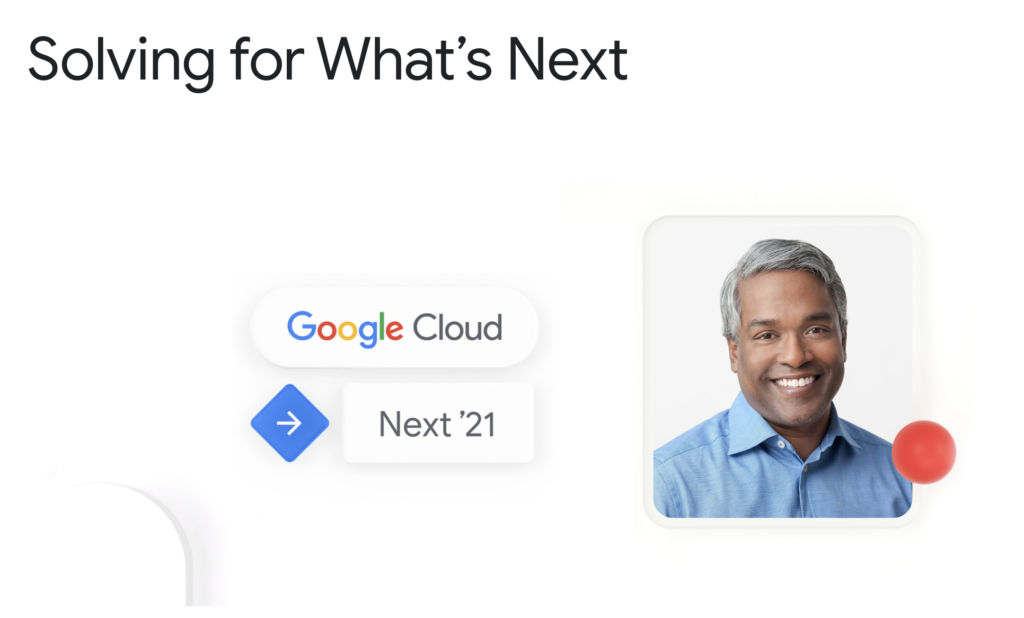 In his keynote talk kicking off Google Cloud Next 2021, CEO Thomas Kurian hammered home 3 ways in which his company is sharply differentiating itself from archrivals Microsoft and Amazon’s AWS.

And, given what Kurian discussed today, I think Amazon should be looking over its shoulder very studiously because Google Cloud is growing and innovating at a breathtaking pace.

In his keynote to open up this year’s Next event, while Kurian did not mention either Microsoft or Amazon by name, it seemed very clear to me that Kurian was choosing not to try to beat them at their own games, but instead to create an entirely separate competitive battleground favoring Google Cloud.

Here are the 3 areas where I feel Kurian believes Google Cloud is establishing compelling value propositions for customers that are sharply distinct from what either of its much-larger cloud rivals are offering.

Claiming that Google Cloud is the “first and only cloud vendor” with a clear multicloud strategy and capabilities, Kurian said his company’s Anthos solution stands alone as a comprehensive approach to an outcome that every business in the world wants to achieve: multicloud environments.

Kurian described in some detail the enhancements to the Workspace collaborative tools, and what caught my eye was this detail: 5,300 public apps have been written to work with Google Cloud Workspace. Given the parent company’s proven ability to create multiple solutions embraced by billions of users, that number serves as a powerful endorsement for how Workspace is being positioned as not just a set of collaboration/communication solutions, but perhaps even more important as a platform that will turn into a massive force-multiplier.

Leveraging the power of its massive installed base of consumer apps, tools, and solutions, Google Cloud is looking to exploit that unique capability by helping its customers connect their digital environments to a wider net of consumer experiences and opportunities via search, Maps and other consumer-side entry points.

I was also struck by the inclusion within Kurian’s keynote of a brief but compelling video presentation and testimonial from superstar customer Walmart, which over the past few years has frequently been showcased by Microsoft.

I strongly believe Walmart is still doing significant business with Microsoft and will for some time—but the giant retailer’s willingness to put its highest-profile tech leader into the keynote given by the CEO of Google Cloud speaks to huge inroads Kurian’s company is making at one of the world’s largest and most technologically aggressive companies.

As we always say, competition makes everyone better. Google Cloud’s aggressive rollout of new products and articulation of its unique strategy will no doubt keep Microsoft and Amazon keenly focused on their own adventures into relentless innovation here in the Cloud Wars.

Digital Twins, Data Pipelines and the Future | Ammirati on Innovation

Disclosure: at the time of this writing, Google Cloud and Microsoft were clients of Cloud Wars Media and/or Evans Strategic Communications LLC.