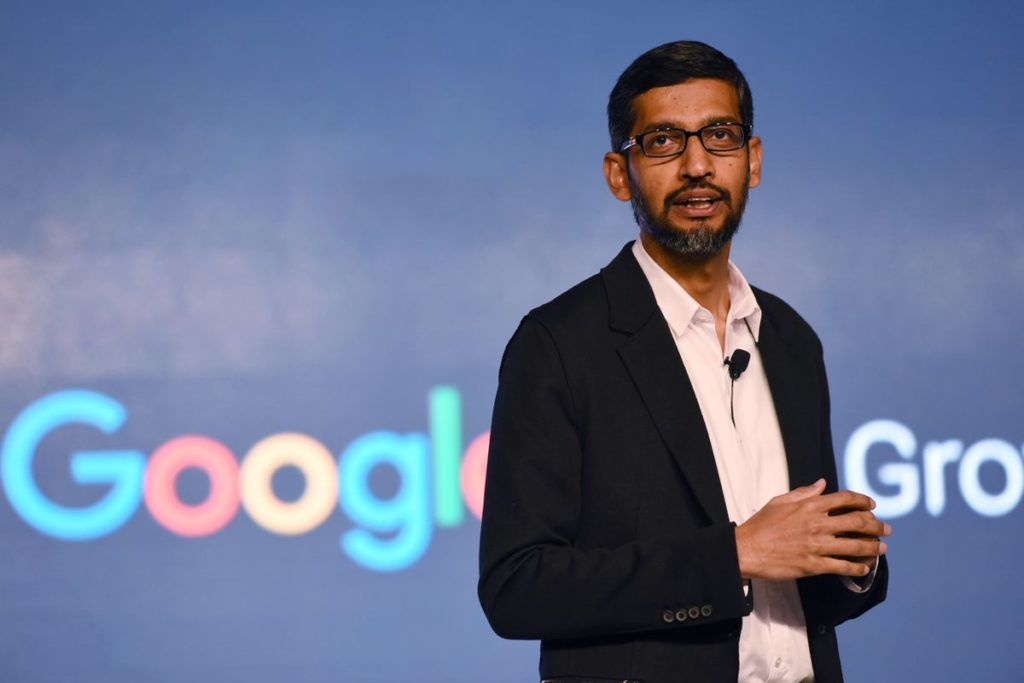 While Google Cloud lost $5.6 billion on revenue of $13.1 billion for 2020, a deeper look both into the numbers and at current and future marketplace dynamics shows that the $5.6-billion loss actually reflects excellent performance.

Now, I’m not advocating that Google or any company make a habit of losing $5.6 billion on every $13.1 billion in revenue. But that’s why this disclosure has to be seen in its proper context:

Look at the financial table below from Alphabet’s Feb. 2 earnings press release (slide #1) in which I’ve highlighted the data specific to Google Cloud.

So: in the 2 years since Thomas Kurian has been CEO of Google Cloud and investment in the company has surged, revenue is up 124% but the loss is up only 29%. 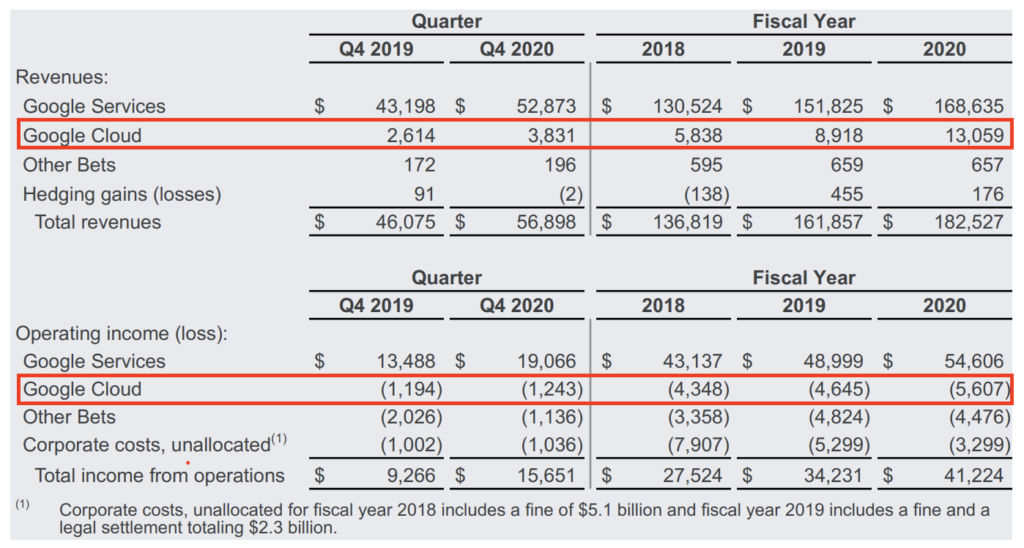 From Q3 to Q4, Google Cloud’s backlog exploded from $19 billion to $30 billion, said Alphabet CEO Sundar Pichai on the Feb. 2 earnings call. That would be an excellent achievement across an entire year—but, according to Pichai, Google Cloud generated an additional $11 billion in backlog just in Q4! CFO Ruth Porat later said that from 2019 to 2020, Google Cloud’s backlog nearly tripled.

The heavy investments over the past 2 years are helping Google Cloud win huge deals: “These investments in our go-to-market organization have helped us win larger deals including several billion-dollar deals in 2020,” Pichai said on the earnings call. “Deals over $250 million more than tripled in the same period.”

Anybody still wringing her/his hands over the $5.61-billion loss?

Reason #4: Leveraging all of Google.

Under Kurian’s leadership, Google Cloud has begun to pair up with other groups within the Alphabet empire to deliver end-to-end solutions to big customers that have resulted in enormous revenue gains and prestigious customer references for Google Cloud. “I’m also particularly excited to see so many large transformations by bringing the entire breadth of Google’s technology to customers,” Pichai said on the call. “Yesterday, we announced our multiyear partnership with Ford, which is using Google Cloud, Android and other Google apps and services to transform their business.”

The highly touted expansion of Google Cloud’s go-to-market teams—both direct and partners—is well under way. Pichai said on the call, “We are also seeing strong growth through our broad network of partners, with our channel-partner ecosystem growing more than 5 times and indirect-channel revenue more than doubling in the past two years.” The company also said it has invested heavily in data centers to ensure it can meet the needs of customers across the globe, ending 2020 with 24 regions and 73 zones.

While Thomas Kurian did not participate in the earnings call, he shared many of his current big-picture thoughts in a recent 1:1 chat with me that we’ve captured in a recent episode of our Cloud Wars Live podcast called Inside World’s Hottest Cloud Vendor: a Chat with Google Cloud CEO Thomas Kurian.

I’ll wrap up with this comment from Alphabet CFO Porat, who is absolutely not one to sugarcoat anything: “Looking forward, we will continue to focus on revenue growth driven by ongoing investment in products and the go-to-market organization. Cloud’s operating loss reflects that we have meaningfully built out our organization ahead of revenues, as we’ve discussed in prior quarters with respect to the substantial investments in our go-to-market organization as well as engineering and technical infrastructure. Operating loss and operating margin will benefit from increased scale over time.”