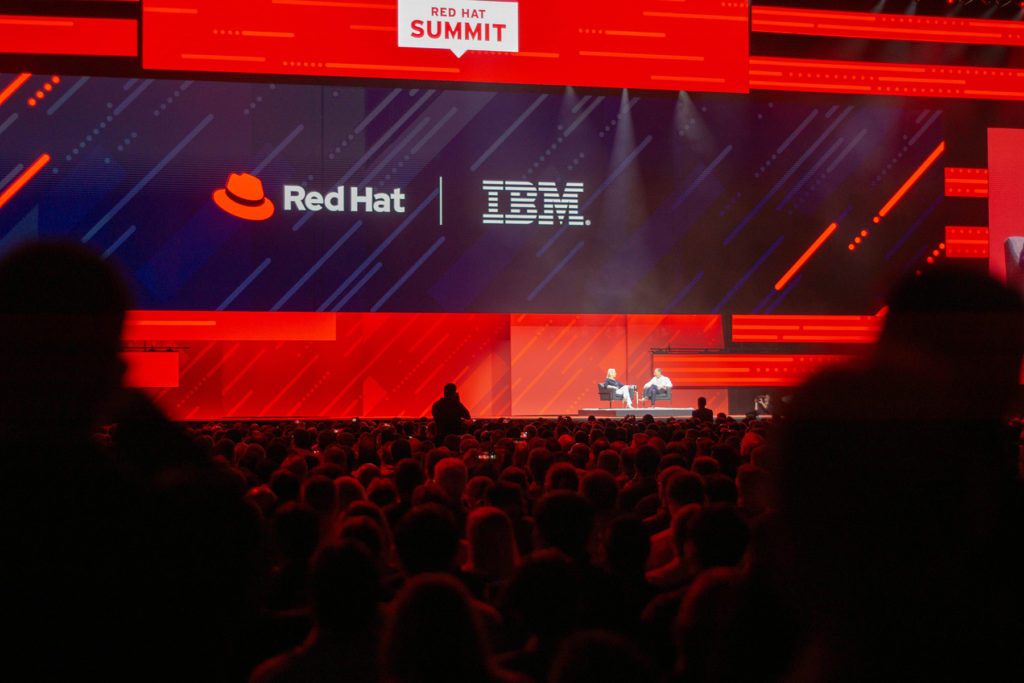 While IBM has laid out a compelling story for why it’s shelling out $34 billion for Red Hat, lots of questions remain to be answered.

The headline atop the IBM narrative called the deal a “Landmark Acquisition” and said it “Defines Open, Hybrid Cloud Future.” Okay, that all makes sense—but isn’t every tech company today “open”? Which one is “closed”? And if they’re all “open” to one degree or another, how is the openness of IBM/Red Hat more open than the openness of Microsoft or Amazon or Google Cloud or Oracle?

The floor is, uh, open for suggestions.

I’m not quibbling about IBM’s use of the term—I’m asking how and why the newly approved combination of IBM and Red Hat will deliver more openness-driven business value than what other big enterprise-tech firms are delivering with their open stuff.

In the press release announcing the global approval of the acquisition, IBM used the term “open” 22 times. So clearly, it’s a very big thing and a very good thing. Nobody’s arguing that.

But how is IBM measuring the value of its “openness” versus what other tech vendors can deliver? What is the 5-point or 10-point test that IBM is proposing to determine which open is more open than other opens? By what metrics or criteria is IBM claiming that business customers can evaluate who’s open all the way and who’s open just a little?

IBM claims that it, in combination with Red Hat, is now the open-source leader, and is the most open of them all. Great—nice claim.

But where’s the proof? Because for $34 billion, IBM better be getting more than buzzwords.

2. What are the current cloud capabilities within IBM that Red Hat will help unleash, enhance, accelerate?

Or is this more about how IBM’s global sales org can help Red Hat grow more quickly? The IBM announcement went to great lengths to emphasize that Red Hat will remain autonomous and will be free to continue partnering closely with tech vendors that are IBM competitors.

That’s excellent for customers, and tangible examples of precisely that sort of customer-centric value that IBM and Red Hat should highlight at every possible opportunity.

But again, for $34 billion, where’s the juice for IBM’s existing cloud business?

This excerpt from the IBM announcement came closest to answering that question:

Businesses are seeking one common environment they can build once and deploy in any one of the appropriate footprints to be faster and more agile. IBM’s offerings have evolved to reflect new customer needs and drive greater growth. The acquisition of Red Hat further strengthens IBM as the leader in hybrid cloud for the enterprise.

The first two sentences in this paragraph offer a compelling value proposition for customers: a single consistent architecture and environment to build upon and secure. But then IBM claims to be “the leader in hybrid cloud for the enterprise”—and while that certainly might be true, by what measure? Where’s the evidence for customers to evaluate and confidently conclude that IBM’s the hybrid honcho?

IBM then offered a strong endorsement from respected analyst Frank Gens of IDC:

‘As organizations seek to increase their pace of innovation to stay competitive, they are looking to open source and a distributed cloud environment to enable a new wave of digital innovation that wasn’t possible before. Over the next five years, IDC expects enterprises to invest heavily in their journeys to the cloud, and innovation on it. A large and increasing portion of this investment will be on open hybrid and multicloud environments that enable them to move apps, data and workloads across different environments,’ said Frank Gens, Senior Vice President and Chief Analyst, IDC.

‘With the acquisition of Red Hat, and IBM’s commitment to Red Hat’s independence, IBM is well positioned to help enterprises differentiate themselves in their industry by capitalizing on open source in this emerging hybrid and multicloud world.’

Rather than saying “we’re #1,” IBM should offer a number of tangible examples that bring alive the claim from Gens that “IBM is well positioned to help enterprises differentiate themselves.”

IBM has a great data-management story to tell, and its aggressive moves into blockchain and AI give it considerable potential in these high-impact and high-growth categories.

How does Red Hat enhance IBM’s position as a company that can help its customers turn data into the revenue streams, new products, unprecedented insights, and business models of tomorrow?

It’s been several months since IBM announced its intentions to acquire Red Hat, and since then the company’s had to put itself on ice a bit about what it could or could not say about what the two companies could achieve together following full regulatory approval. So perhaps it’s understandable that this is just the opening and high-level overview from IBM about what Red Hat can mean for customers.

But here in the Cloud Wars, the future is arriving faster than ever before—and IBM needs to continue showcasing to business customers and partners precisely what it got in return for $34 billion.