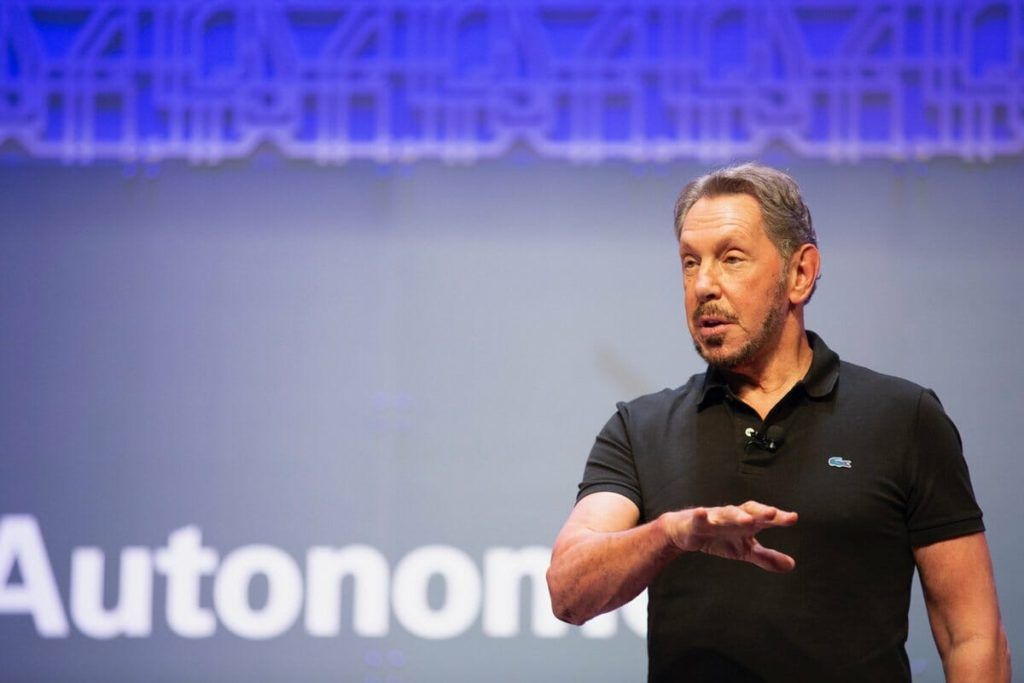 While Oracle is unlikely to challenge Microsoft, Amazon and Google in the traditional public-cloud business, Larry Ellison’s using one of his classic strategies to make Oracle a big-time IaaS player: changing the rules of the game to align with his strengths.

So it’s too late to come anywhere close to those three hyperscalers in the massive public-cloud market? No problem. Just redefine “cloud infrastructure” to include a revolutionary Oracle product that could have massive revenue potential: the Autonomous Database. Pay no attention to the fact that cloud databases have traditionally been classified as PaaS, rather than IaaS.

So analysts are carping about a lack of referenceable customers for Oracle’s “Gen2” cloud infrastructure? No problem. As the world unexpectedly lurches into lockdown and digital interactions become indispensable, do a massive deal with one of the world’s hottest video-conferencing companies, Zoom, to demonstrate quite dramatically what Oracle’s new cloud-infrastructure technology can do.

And sure, Zoom did itself no favors by conflating the distinctly different “300 million daily meeting attendees” with “300 million individual users.”

And yes, one showcase customer isn’t going to cause Microsoft, Amazon and Google leaders to lose sleep or take early retirement, especially since Zoom’s incumbent IaaS providers, including Amazon’s AWS, are still fully in place. But when the WFH revolution hit and Zoom needed to scale up and scale out in extraordinary ways, it bypassed the comforts of incumbency. Instead, it chose Oracle to help it make the almost-overnight leap from 10 million daily meeting attendees to 300 million daily meeting attendees.

And without question, those 3 big-time hyperscalers were all hunting that Zoom business aggressively. At this time and very likely for the foreseeable future, Zoom is a magical brand name with which to be associated. This time, it was Oracle and not the usual suspects that carried the day.

Recognizing the need for extreme measures to lock down Zoom as an IaaS customer, Ellison himself starred in a 50-second video extolling the timely and powerful virtues of Zoom. (We discussed this last month in Larry Ellison Accelerates Zoom’s Boom with Huge Endorsement on YouTube. Last week, we followed up with Zoom Picks Oracle for Cloud Infrastructure; Larry Ellison’s First YouTube Video.)

In today’s tough economy, customer references have become more valuable than ever before. Oracle will surely look to gain maximum impact out of winning the expansion deal with Zoom.

But as powerful as that endorsement will prove to be, the even bigger game-changer will be Autonomous Database.

In Oracle’s past few earnings calls, Ellison has been as bullish as I’ve ever seen him in his attempts to articulate just how big the market for the self-driving database is going to be.

In an earnings call last year, Ellison went so far as to say that Oracle’s not even able to give a credible forecast for the potential size of the Autonomous DB market, because interest and demand have been so steep.

Five months ago, in a piece called Attack of the Killer Database: Oracle Autonomous DB “Will Replace Everything,” I analyzed Ellison’s in-depth commentary about the inevitability of Oracle’s hundreds of thousands of on-premises database customers flipping over to Autonomous.

During Oracle’s fiscal-Q2 earnings call when Ellison shared those views, he went so far as to say that Autonomous would likely “triple” the size of Oracle’s database business and will surely become the most-important and most-successful new product in Oracle’s 40-plus-year history.

From that article, here’s an excerpt that captures Ellison’s sense of just how disruptive Autonomous Database might be.

2,000 New Customers in Q2 for “Most Successful New Product in Oracle’s History”

“We already have thousands of Autonomous Database customers running in our Public Cloud. We added 2,000 more this quarter. And our Autonomous Database business, as Safra said, is growing in excess of 200%. Off a small base, admittedly; it’s a relatively new product—but it’s on its way to being the most successful new product introduction in our company’s history.”

Huge Potential in the Private Cloud

“All of our cloud competitors are trying to create these ‘outposts’ of their cloud on the floors of their customers, but we actually have it working. And in fact, we’re in our second generation of this. We did it early, and we did a reasonable first-generation job, but the second time’s the charm. And this new Gen2 stuff can be installed in a day. Now, the first one we installed in four days, but we expect to do that even faster. There will be more time spent unpacking the hardware and plugging it in than readying the software because it just syncs up with our Public Cloud and you’re up and running.

“This is going to be a huge opportunity for us to dramatically increase the adoption rate on Autonomous Database.”

“It Will Replace Everything Else”

“The good news is we have a huge installed base. Yes, it takes a while for us to ship a next-gen technology and get people comfortable with it and using it. And in our first year, we’ve seen a lot of early adopters—but the early adopters are now in the thousands. And we think eventually the only database we’ll offer is Autonomous Database. It will replace everything else.”

“By the way, an Autonomous Database is only available in two forms. If we put our cloud in your data center, that’s our Exadata machine and our middleware machines. And all of that’s in our storage, in your data center and in our public cloud. So, we think it’ll be consumed in one of those two ways, and that will replace our entire base. So, it means that our existing database business, from a financial standpoint, will more than double or triple, or triple probably is a reasonable estimate to look at.”

Lots of speculation there, all yet to be proven in the real world. But Larry Ellison’s been right much more frequently than he’s been wrong. And perhaps in mid-May when Oracle releases its fiscal-Q4 numbers, we’ll get a glimpse of just how much of an impact Autonomous is starting to have.

Between now and then, the Oracle sales team will no doubt be telling any prospect who’ll listen about how Zoom could have picked Microsoft or Amazon or Google to expand its cloud infrastructure. Instead, it picked Oracle.