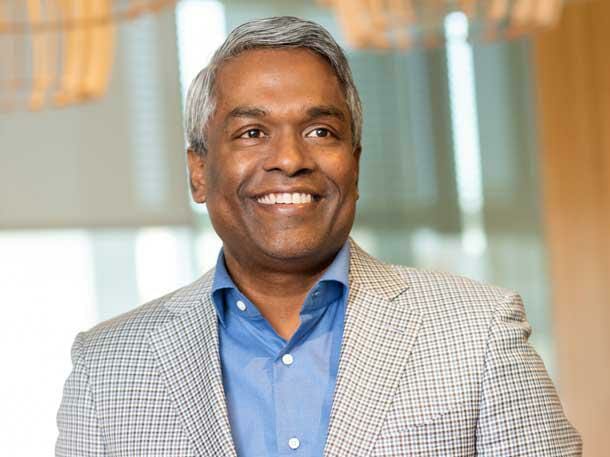 If Google’s founders have a secret list of “best hires we’ve ever made,” I would surely bet that Google Cloud CEO Thomas Kurian is near or at the top.

Before Kurian came aboard in January 2019, Google Cloud was like the genius high-school kid whose grades were off the charts but didn’t have many friends because he just couldn’t connect with others.

But now, not even a full two years since Kurian joined, Google Cloud is performing so superbly and displaying such enormous potential that parent company Alphabet has decided to begin breaking out Google Cloud’s financial results in a separate category beginning with Q4 results.

To put that in perspective: YouTube continues to grow impressively but hasn’t been granted such status. Plus, while Google’s portfolio of acquisitions and startups is jammed with exciting and high-potential companies, none of them has achieved the same escape-velocity status that Google Cloud has.

How did this come about?

And why has Thomas Kurian had such an impact, even to the extent that last year he was named Cloud Wars CEO of the Year after less than 12 months in the job?

For all of its extraordinary technical and technological prowess, the pre-2019 Google Cloud largely languished in the booming cloud marketplace because it couldn’t relate to customers, couldn’t speak their language, couldn’t understand their problems, and couldn’t fathom why they had imperfect IT environments instead of architecturally pristine ones like Google had.

So while it generated some revenue and won some followers smitten by its superb technology, Google Cloud was also getting thrashed in the business world as customers flocked to AWS and Microsoft and other cloud providers that worked diligently to position their services around what those customers wanted and needed.

The problem had nothing to do with technology, and had everything to do with mindset and culture. The prevailing outlook was largely “we have the best stuff, and the customers should know this and so they should come and buy our stuff.”

And, not surprisingly, revenue sharply lagged such expectations.

So when Kurian—after a storied 22-year career at Oracle where he led all software-development efforts with a team of 35,000 and an annual budget of $4 billion—said farewell to Larry Ellison, he could have had just about any job in the tech industry he wanted.

And to their everlasting credit, the leaders at Google jumped at the opportunity and gave Kurian total authority over technologically advanced but commercially stunted Google Cloud.

He immediately set out to completely overhaul that old and entrenched mindset and to put a premium on having “empathy” with customers. Not long after Kurian joined Google Cloud, I had a conversation with him in which he said, “There’s not a company on Earth that ever set out to create a complex and wildly heterogeneous IT environment. Rather, they were doing the best they could in a marketplace where most technology companies had no real interest in helping customers simplify those environments.

“So at Google Cloud, instead of wondering, ‘Why would anyone create such complexity?’, we need instead to view those customers and their challenges with empathy, and to apply our expertise to help them reduce some of that complexity  and help them succeed.”

For much more on Kurian’s efforts to infuse a customer-first culture at Google Cloud, please check out the following:

With the hiring of world-class executive Rob Enslin from SAP to help instill that customer-first culture while tripling the size of the sales organization and rebuilding its go-to-market team, Kurian put Google Cloud on high-growth revenue trajectory that continues through today.

For the past 4 quarters since Alphabet began breaking out limited financial detail for Google Cloud, it has posted revenue increases of 53%, 52%, 43.2% and 44.8%.

On Alphabet’s Q3 earnings call, CFO Ruth Porat said, “The point that both Sundar [CEO Sundar Pichai] and I have underscored is that we are investing aggressively in cloud, given the opportunity that we see and frankly the fact that we were later relative to peers. We’re very encouraged by the pace of customer wins and the very strong revenue growth in both GCP and Workspace. But we do intend to maintain a high level of investment to best position ourselves.”

I shared that telling comment in an analysis last week called Google Cloud Stellar Performance Triggers Special Status from Alphabet along with these other remarks from Porat that again indicate the high level of respect and equally high expectations the cloud unit has earned.

Let me close with a comment made by Kurian in July at the conclusion of his keynote address as part of Google Cloud’s Next OnAir virtual customer conference. It’s an elegant perspective from a leader who knows that if you’re not able or not willing to see the world through the eyes of your customers, it makes no difference how good your technology is.

“This is a very defining moment for all of us around the world,” Kurian said. “To have the hope and the optimism to reimagine your business as you recover from the pandemic, we at Google take responsibility to support you in that mission.”