How Oracle Won 100+ Cloud Deals from SAP: a Chat with Steve Miranda 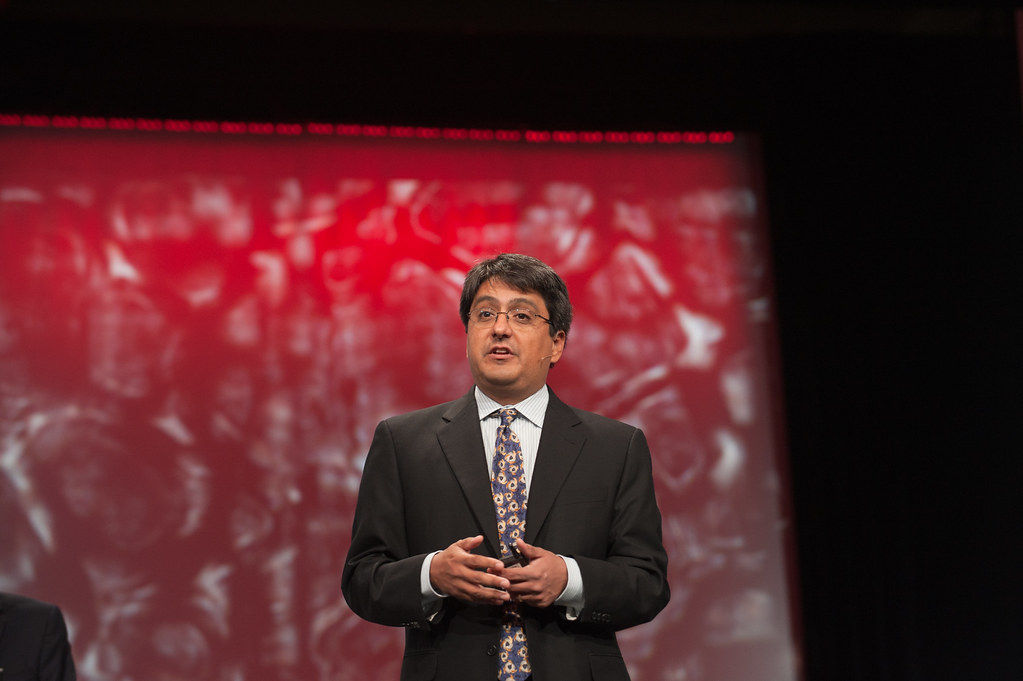 While Larry Ellison last week reveled in revealing a stunning list of Oracle apps wins versus archrival SAP, there hasn’t been much discussion of how and why those businesses decided to move some or all of their applications to Oracle Fusion.

The person who might know more about those motivations than anyone else is Oracle executive vice president of applications Steve Miranda, who’s led the development of Oracle’s Fusion SaaS apps since 2007 and has been with the company since 1992.

Those attributes are always valuable but are particularly so in this case as the emotionally charged issue has wound up both companies pretty tight. And for good reason: the stakes in the enterprise apps business, particularly for cloud ERP, are enormously high and are rising daily as large and midsize companies surge into the cloud.

SAP, the unquestioned leader in enterprise applications, says it has 16,000 ERP customers, which covers both traditional on-premises installations (probably about 12,500 of those 16,000) and cloud-based S/4HANA Cloud deployments.

Ellison sees that enormous installed base of on-premises customers—including many or perhaps even most of the world’s largest corporations—as a phenomenal market opportunity for Oracle. That’s because Ellison believes his Fusion ERP cloud applications can present a much better value proposition to those 12,500 companies running old versions of SAP ERP than SAP can with S/4HANA Cloud.

It’s also important to bear in mind that both SAP and Oracle are huge companies with each claiming to have more than 400,000 customers. So it doesn’t strain the laws of probability to think that, from time to time, some business customers will move from one vendor to the other, and perhaps even back again.

What makes the current situation more compelling—and more lucrative for the winner—is the rush by hundreds of thousands of businesses into the cloud to help them transform their business models and operations for the digital economy.

And while Ellison certainly wove some personal-opinion commentary into his remarks about those 100+ customers cited on the March 10 earnings call, he also offered this jarring assessment from Gartner about cloud ERP vendors:

Gartner ranks Oracle Fusion ERP far in front. I mean, far away. You can’t find a Magic Quadrant where there’s a bigger gap between number one and number two. And so, Gartner ranks Oracle Fusion ERP far in front of all the other cloud ERP systems. But what’s surprising is SAP isn’t number two. SAP isn’t number three. SAP isn’t listed among the leaders. SAP is listed among the laggards. Gartner – if you read the text, Gartner points out and I quote, “SAP’s own reference customers scored SAP in the lower half of cloud ERP vendors.

Steve Miranda: “A chance to show what we can do”

Against that backdrop, here are some perspectives from the Oracle EVP who’s led the development of the Fusion applications for 14 years and who’s spoken with thousands of cloud customers in the past few years.

“For the better part of the 3 decades I’ve been at Oracle, there were no real big changes in the ERP space,” Miranda said.

“But in the past few years, that has changed dramatically, and I think the big reason behind that change is the speed of innovation the cloud offers. In the on-premises world, it could take several years—sometimes even 10—for companies to make the decision to move or upgrade, to select the vendor, to go through all the planning and then the implementation.

“But now, with the cloud, it happens every 90 days. That’s an enormous difference.”

On top of that, Miranda said, some SAP customers have said that SAP’s policies regarding mainstream maintenance for its on-premises ERP systems have played a part in their decisions to explore various options. Regarding those policies, SAP offered this comment: SAP decided to end mainstream maintenance for SAP Business Suite 7 in 2027, but customers may still receive support until 2030 and beyond. SAP S/4HANA will be supported until 2040 in both deployment options. Please see details here.

“And that’s given us a chance to show what we can do,” Miranda said.

On top of that, there’s the relentless business disruption that’s occurred over the past year, plus decisions that have to be made as a result of M&A.

“The business disruption’s really been profound. Look at Oracle—I could argue that we’ve gone from being a software company to a services company in a very short period of time.”

Plus, SAP aside, some enterprise-applications providers such as Infor and Lawson have on-premises apps that are heading for end-of-support status, a state Miranda described as being “a burning platform.” In that overall context, more and more business leaders are willing to tackle the big challenge of considering a major ERP upgrade, and in most cases that means moving to the cloud.

At this point, I pushed on Miranda to explain why those 100+ customers were coming out of those vendor-evaluation processes with the decision to go with Oracle.

“There’s a dramatic difference in the SaaS implementation cost for cloud ERP with Oracle and with SAP.

“We also think we have an advantage in offering customers more-flexible deployment and consumption options. We often recommend a phased approach, letting the customers choose how they want to go forward in the way that’s best for their business, which allows them to de-risk the situation,” Miranda said.

Which customers are making the switch?

Also, Miranda said these wins have occurred somewhere within the last 2 years, with many having taken place recently. Let’s look at some of the customer examples from the lineup that Ellison disclosed on March 10 and that Miranda discussed with me in more detail.

Miranda had the customers divided across 4 distinct types of replacements:

The first list of customer wins was for replacements of SAP HCM applications, but a note at the bottom of the list also said, “Many of these companies replaced additional SAP systems (not only SAP HCM replacements).” This list included 77 names, among them AXA, Bharti Airtel, CSX, DHL, Ford Motor, Kroger, Marriott Hotel and Tata Group.

Miranda said Oracle displaced core SAP HCM applications in many cases, as well as some point solutions from SuccessFactors. In many cases, the customers bought Oracle Financials as well as HCM, he added, with Marriott selectiong a full suite of Oracle Fusion apps.

Among the 34 companies on this list, some of the Oracle wins involved only a division of the company, a distinction that Miranda carefully specified. A few that stood out:

It’s clearly an impressive set of commercial victories for Oracle. But it’s also important to bear in mind that SAP remains firmly entrenched within many of the companies mentioned by Ellison on the March 10 call, and many of those named above as specified.

And, as I said, tomorrow we’ll hear from an SAP executive about the current mindset of SAP customers and their excitement to jump aboard some of the many new innovations SAP is delivering.

So say it with me: in the Cloud Wars, the biggest winners are always the customers.