I Have Seen the Future of Enterprise Software, And It Is SAP Qualtrics 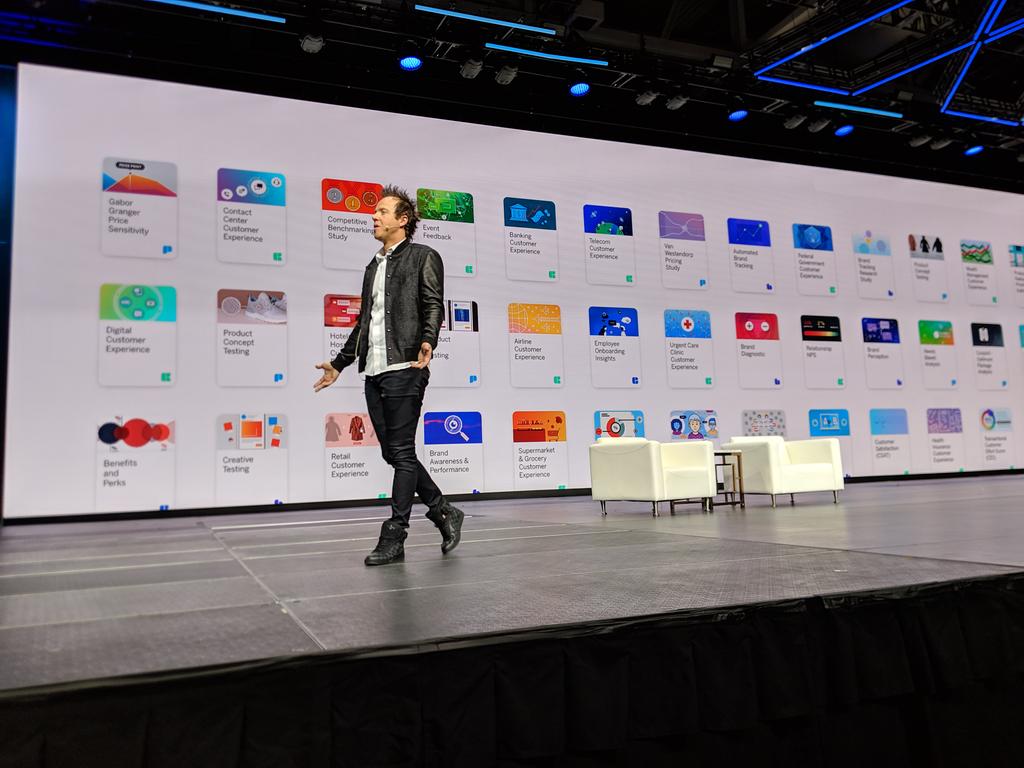 A few months ago when SAP agreed to pay $8 billion for Qualtrics, a lot of people said SAP was crazy for paying that much for a company most people knew little or nothing about and that was about 1/50th SAP’s size.

But I’m here to tell you that SAP’s blockbuster acquisition of Qualtrics will quickly be recognized as one of the great bargains in the history of the technology industry—and perhaps in any industry.

I say this as someone of at least relatively sound mind who’s been around this business for a long time and has seen many hundreds—thousands?—of product launches, keynote presentations, and lofty but ultimately empty promises that nothing will ever be the same after this debut or that merger.

But this Qualtrics thing is different.

Qualtrics is not only creating and driving a booming new business category of Experience Management, it is also turning SAP inside-out as the company quite literally remakes itself and its products and its value proposition to business customers across the globe by blending SAP’s expertise in operational data with Qualtrics’ unmatched expertise in experience data.

But that’s not all.

Qualtrics will force other big software companies to create their own capabilities and solutions in the customer-experience world—and ultimately, that additional effort and competition and innovation will be great for customers.

Qualtrics will inspire business customers to re-imagine how they engage with their own customers, how they create new products, how they communicate with employees, how they recruit, how they make strategic decisions, and how they plot their futures in the emergent digital era where there is no daylight between buyers’ demands and sellers’ obligations and opportunities.

Here are a few reasons for why I feel that way, and they were triggered in a truly unprecedented way by the keynote presentations given yesterday by Qualtrics’ co-founders and brothers Ryan Smith and Jared Smith at the company’s X4 Summit customer conference this week in Salt Lake City.

And those 40 new instruments cut across vertical industries, with several specialized ones for hospitality and others for banking, for airlines, for retail, etc.

“That’s fantastic, but it’s not enough,” Ryan Smith said during his keynote. “The Qualtrics Partner Network will launch at least 30 new solutions this year,” with a steep rampup to follow.

Smith then listed a remarkable range of customers that are using the Qualtrics platform as the basis on which to run existing or new parts of their operations: Bain is launching an entirely new platform called Bain Prism; JD Power has just launched its first Experience Management program for consumer banking; Korn Ferry is moving its global advisory services and XM methodology onto Qualtrics; and Deloitte, GFK, Kantar and IBM are also moving forward on the platform, Smith said.

I realize I’ve made a vast and sweeping claim at the top of this column, and that I could end up looking like a grade-A moron if Qualtrics and SAP don’t live up to that frothy billing that I’ve laid out.

That’s okay. As I said, I’ve seen a lot of “next big things,” and this one feels different from just about anything I’ve ever seen.

So when SAP CEO Bill McDermott says that Qualtrics has become, after just a few months, the “crown jewel of the company,” I say you should believe him.

When McDermott says that “Qualtrics has the biggest leverage of any acquisition we’ve ever made” and that “when you take SAP’s long leadership in ERP and add in Qualtrics as the world leader in experience management, you have the front office and the back office connected in ways no one else can touch,” I say you should believe him.

When McDermott, speaking with the very discerning and long-memory financial-analyst community, says that Qualtrics is “the biggest growth opportunity I’ve ever seen,” I would say once again: believe him.

We tend to think that in our always-on world, we’ve seen it all—that there’s nothing new either under the sun or in the labs—and that in an industry where there’s often too much hype and too little performance and proof, there is no more room for magic.

For something that truly breaks through and creates a new way of doing business and perhaps even a new way of looking at the world.

But I think Qualtrics and SAP—or SAP and Qualtrics or SAP Qualtrics—are about to change all that.

Because, as Ryan Smith told the X4 Summit yesterday, “Experience management helps you see problems just as they begin to emerge, helps you figure out how to fix that before it becomes a real problem, and helps you know which action to take along every single step of the journey.

“And that is how you race to the top: by being able to inflect at every single touchpoint.”

Disclosure: At the time of this writing, SAP is a client of Evans Strategic Communications.