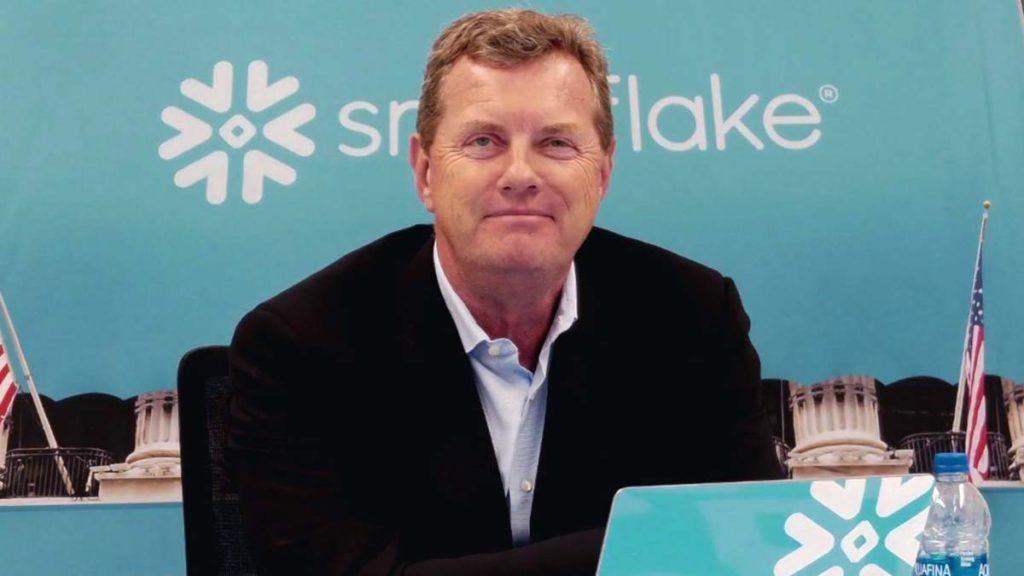 While Snowflake’s revenue growth reached a whopping 119% in its most-recent quarter, the true indicator of Snowflake’s full potential is its 240% growth rate for contracted future commitments from customers.

(While not currently listed on my weekly Cloud Wars Top 10 rankings, I have a strong suspicion that it won’t be too long before Snowflake blasts its way into the Top 10.)

But for that same period, it also reported “remaining performance obligation” or RPO of $928 million, up 240%. That number represents the amount of future revenue that has been contracted with customers, but not yet recognized officially as revenue. 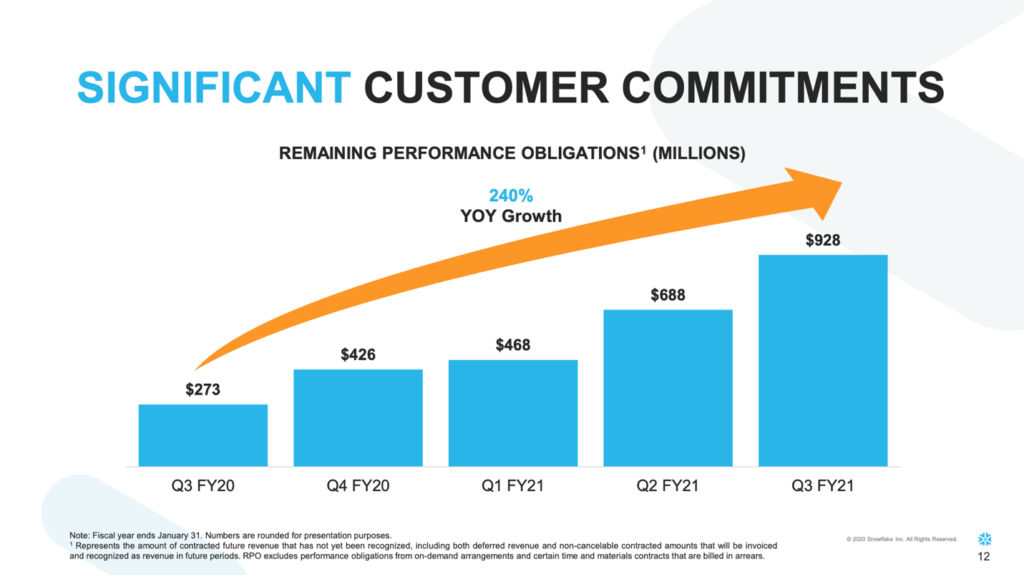 RPO is rapidly becoming a high-impact metric for gauging the future potential of a cloud vendor and underscores the enormous differences between the old “perpetual license” model where everything was paid for up-front, and the cloud’s subscription model, where payments are made over time.

In an investor’s presentation on the Snowflake website, the high-flying company also revealed some other striking details about its growth:

Snowflake’s explosive emergence onto the enterprise-cloud scene was analyzed in September by Cloud Wars contributor Jiri Kram in a piece called Snowflake: IPO Made Salesforce and Warren Buffett Bullish.

And I wrote a piece around that same time based on this observation from Snowflake’s Frank Slootman: Snowflake CEO: Cloud Is ‘Biggest Thing Ever in the World of Computing’.

Even under the intense heat of the Cloud Wars, this is one Snowflake that’s not going to melt. And, as Cloud Wars Live monthly guest Sean Ammirati first predicted, Snowflake might well be headed for the Cloud Wars Top 10.