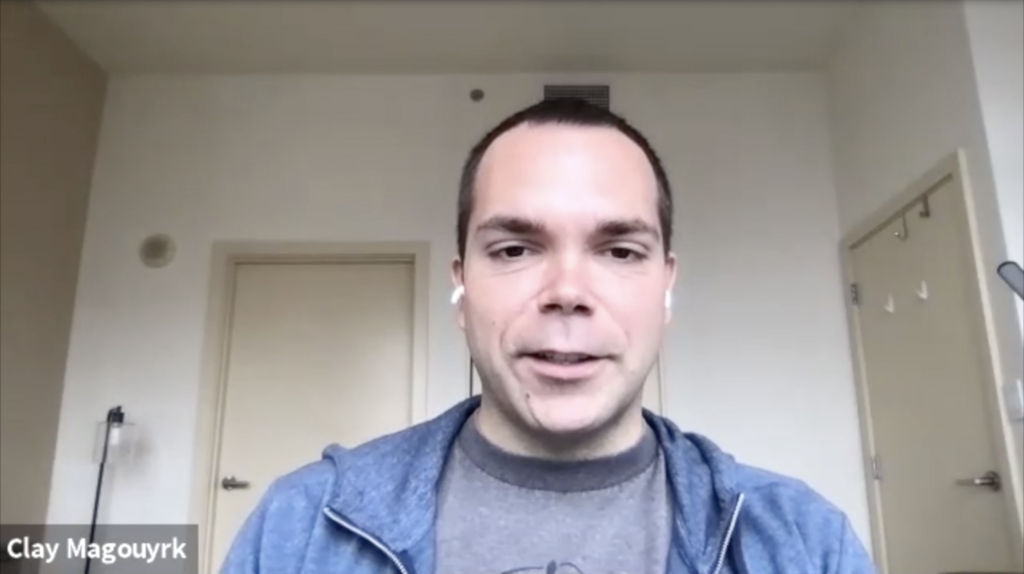 As executive vice-president of Oracle Cloud Infrastructure, Magouyrk has led the company’s development of its Gen2 infrastructure (consumption revenue up 130% last quarter), the incorporation of Autonomous Database as a primary OCI service (up 64%) and Oracle’s innovative new [email protected] offerings.

In advance of today’s launch of Oracle’s ruggedized Roving Edge Infrastructure hybrid services for harsh environments, Magouyrk and I had a lively conversation about his views on some the major cloud-related issues businesses face today. I’ll share some extensive comments from Magouyrk in a moment, but first let me offer some important perspective.

After 7 years at AWS, Magouyrk’s now been at Oracle for 7 years as well. His efforts, and those of the entire Seattle-based OCI team, have turned Oracle from an IaaS pretender into a serious contender. For each of the past few quarters, chairman Larry Ellison has devoted considerable amounts of time explaining how the company’s new generation of cloud services are more secure, offer better performance and deliver better price-performance than comparable offerings from market leaders Amazon, Microsoft and Google.

While it’s not surprising to hear a tech-industry executive tout his/her company’s wonders, the truly impressive facet of Ellison’s OCI discourses on those recent earnings calls has been his descriptions of big customer wins Oracle is wracking up in a market segment where the company, just 18-24 months ago, had no successes to speak of. You can get lots of relevant details and analysis in these articles from the past several months:

And while I had heard of Magouyrk here and there over the past couple of years, he assumed a much higher-profile role last summer when he assumed the EVP role for the OCI team. You can read about that in How Larry Ellison Is Shuffling Top Execs to Spark Next-Gen Oracle Cloud.

So to give you a view into the mind of this youthful leader who’s helped lead Oracle’s resurgence in the enormous cloud-infrastructure world, here are some key excerpts from my discussion with Magouyrk. (And if you’d like to listen to and/or watch the entire interview, you can click here to access our Cloud Wars Live podcast episode.)

“Everyone now is very clear on how remote work is possible and when we’re productive, when we’re not. I think inflection points like this, it makes the business processes very clear. It makes it very clear to companies. What do they have to have that they have control over and what can they let go of? And I think at times like this, it makes people really focused on the future and figure out where they’re investing. And I think cloud infrastructure, cloud applications, is a huge area for pretty much everyone I talk to… What’s very clear about the cloud is that it’s really a huge accelerator.”

The Big Question: how do I get there?

“The massive increase in productivity that’s happened is very real. But the vast majority of server-side computing doesn’t happen in the cloud today. It’s still in customer-owned data centers. It’s still on premise. And a decade ago when I talked to people, they were still asking, ‘Why cloud?’ Or even, ‘Should I do cloud?’

“Now, all of the conversations are everyone goes, ‘Yes, I see it, but how do I get there?’ And that was actually a big part of the reason that I came to Oracle and what we’ve done for the past seven years that I’ve been here.”

“I came to the realization that hey, everyone’s convinced they want to do it, but it isn’t happening fast enough. Why is that? And I believe it’s because we haven’t made it easy enough for people to move to the cloud yet.

“And that’s where I think the innovation that’s happening at Oracle—and to be fair, at all of our competitors across the industry. Because for me, the goal was very simple: I remember the first time I used cloud infrastructure and it changed the way I worked. It was huge. But the vast majority of people don’t get to do that every day. And I believe that what we’re all trying to do—definitely what I’m trying to do—is to bring those benefits to everybody.”

“And how do I actually make sure that all of that stuff works cohesively together?… Whether it’s the options coming from Oracle or from Amazon or Microsoft or Google, what we’re really trying to attack is those inherent problems that customers face. That’s why you see more and more push towards multicloud. That’s why you see more and more acceptance and push towards hybrid cloud.”

“One thing we’ve done that’s somewhat different than our competitors is an offering called Dedicated Region [email protected] in which we can actually, due to differences we have and how we build and operate regions, we can actually take an entire public-cloud region and shrink it down to a platform, to a footprint that we can put in a customer data center.

“We launched that last summer and it’s been very successful so far. We’ve got customers who start with one and then they come back and get more… In the past six months, we’ve launched more than 10 new OCI services, and all of those dedicated regions get those services at the exact same time. So those customers are extremely pleased with that because it’s not just, hey, this is like a small, tiny version of the cloud—no, it’s the real, complete Oracle Cloud in my data center where I need it.

“And the thing we’re launching right now, which we’re also very excited about, is our Roving Edge Infrastructure. This is really focused on disconnected and ruggedized use cases. So think of this as a computer or a cluster of computers, we can have small cluster of five nodes all the way up to 15 nodes. And you could put them in an Arctic polar exploration zone or off an oil and gas tower. You can put them in the backs of planes to capture airborne telemetry. And so across these different industries where people need the ability to have completely disconnected, but fully functioning… We’re seeing a lot of interest from those different verticals, from things like oil and gas to exploration companies and military applications.”

The evolution of the edge

“I think edge is a very complex topic because what I find is that the edge to everyone is different. Someone that’s building say a self-driving car and they want to have edge connectivity, that’s one thing. On the flip side, if you’re talking to somebody who wants to just distribute their content around the world, they’re thinking more of an edge, kind of like a content-delivery network. And so I think fundamentally what the edge is really about is the tension between there’s benefits to centralization, but there’s also downsides. By centralizing you’re inherently increasing the latency and decreasing the bandwidth. And so in a world where everyone is becoming more and more connected and we all want faster access time and higher bandwidth, how do we span that gap?”

“It’s very easy as a technology provider to think that you know the right way to do something and to tell customers that if they would just do it your way, that everything would be easy. By the way, Oracle has definitely been guilty of this in the past. So it’s not as though we have not made this mistake, but what is very clear to us is that everyone wants the benefits of the cloud. Everyone’s going there.

“And the reason it’s slow is because it’s too hard. I have this conversation differently. In the transition from when we used to have the kind of old-school flip phones, it took about 17 seconds for everyone to have a smartphone. Why? Because the transition was easy. It was better.

“Today, everyone knows the cloud is better, but the transition’s already taken, I don’t know, a decade and we’re at 15% market penetration. So what that’s telling us as a cloud provider is that we have to make it much, much easier if we’re going to give customers those benefits quickly.

“And I think when you really take that customer first approach, and you really have that customer empathy, and you understand why it’s difficult, that’s where you see all of these deliverables. It’s why you see the different ways you have to build it for customers. And you also see that around, for example, the multicloud approach.”

I asked Magouyrk why no other tech company has introduced or even talked about an autonomous database—here’s part of his answer.

“Oracle’s willing to do really deep, hard engineering, and we don’t always get it right. And the thing about doing hard engineering is that when you get it wrong, it looks like a lot of egg on your face, but when you get it right, you build something truly magical. And so what I think you see, and you see it in Oracle’s past, you see it in Oracle now, and a lot of it comes directly from Larry himself. We’re not going to shy away from really hard problems. We’re not going to say it’s impossible… And if you take lots of engineers, lots of dedicated effort, and you have the whole stack, you can do it.

“The same thing with Autonomous Linux: why can’t we make it much, much easier? Why do you have to reboot this machine? Why can’t you live-up the patch? Well, we can do it. Let’s go take on that hard work. The same thing you see like, for example, what we recently did with HeatWave: why can’t I have a MySQL system that actually does well with analytical queries? Well, we can.

“And at Oracle we will invest and do hard work and we were willing to be misunderstood for a long time. And that’s what I think that we’re doing at OCI, that Oracle in general, that people don’t always see. And that’s okay because I view that as a huge advantage for us.

“We’re doing all this work underneath the covers and then when it really comes out and people realize it, we have a massive head start because no one’s working on those difficult problems. They’ve given up and they’ve said, ‘I’m going to tackle easier problems.’

“And therefore they get more immediate wins, but I think the long-term value is much lower.”