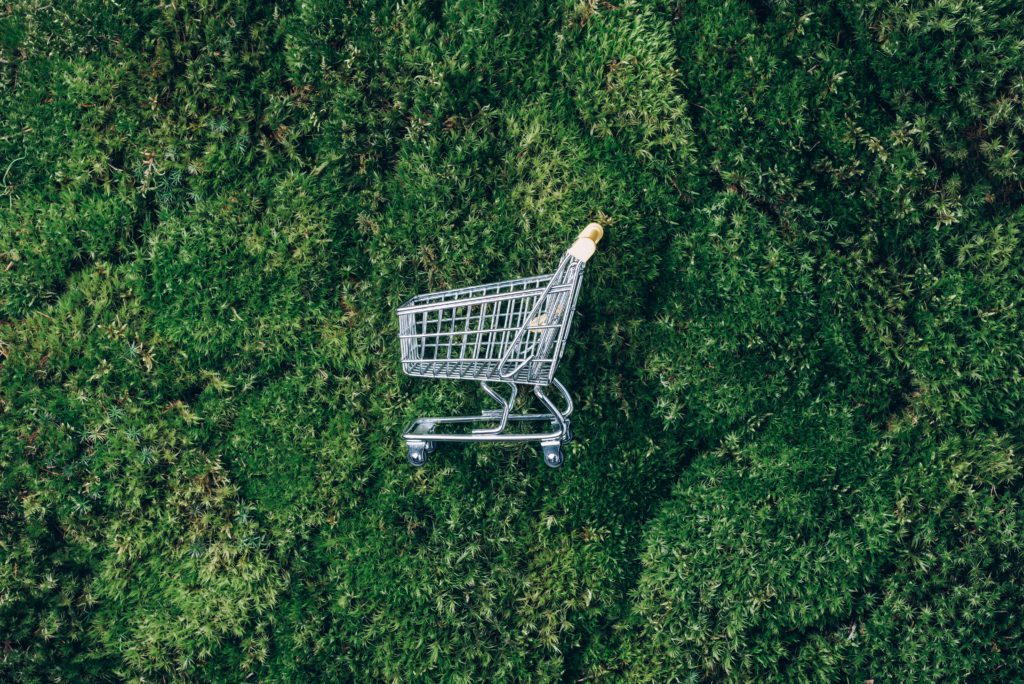 Would you be willing to add 1% to the cost of your online purchases to ensure those purchases become carbon-neutral through offsets?

The software startup EcoCart is betting that you will, and there’s a growing roster of retailers who are offering that option to their customers who, in turn, are embracing it in big numbers.

“We’re trying to make the world a better place. To do that, we’ve built technology to dynamically calculate and offset the carbon footprint of an online purchase,” says Dane Baker, founder and CEO of EcoCart. “We’re excited about powering sustainable ecommerce for all brands across the Internet and having our technology be a standard in retail ecommerce.”

“We’ve built technology to dynamically calculate and offset the carbon footprint of an online purchase. We’re excited about powering sustainable ecommerce for all brands across the Internet and having our technology be a standard in retail ecommerce.”

EcoCart is a virtual company with $3 million in venture capital funding and 23 employees. It’s part of the SAP.io startup accelerator program. The company collects a small fee on each transaction as well as monthly software subscription fees.

EcoCart’s system is an add-on to an ecommerce firm’s tech stack including its ecommerce platform. Its technology is platform agnostic but is most often used with Shopify, Baker says. It dynamically calculates the carbon footprint of every purchase as it’s being made, factoring in variables including packaging weight, shipping distance, product weight, and more.

The software allows consumers to add an amount that generally adds 1% to their purchase to make their order carbon neutral. That step looks like this:

Despite the early stage of the company’s development (it launched about 18 months ago), EcoCart has an expansive reach already. Over 2,000 retailers are using the platform, and that includes household names Walmart and Levis.

Since the early days of the company, when about 5% of orders were receiving carbon offset funding from purchasers, today that figure is 28%. The company has continuously refined the user experience for consumers and believes that those refinements have played a key role in the increased support for carbon offsets. For example, Baker says that early on, EcoCart essentially presented a checkbox without a lot of detail on the projects where funds were being directed.

Today, there’s a more detailed, multi-step approach whereby a consumer can drill deeper into details of offset projects, photos, verification steps, and more. “We have additional layers of transparency built in, and that has ultimately driven a lot of our uptick in adoption,” Baker says. “The increase is a function of consumer sentiment, market tailwinds, and also how we’ve optimized the experience.”

With 2,000 retailers and 28% of transactions using carbon offsets, the potential financial impact is quite significant. When a customer chooses a carbon offset, their funds are directed to a variety of offset projects; at the time of this writing, I count a total of 30 projects supported. The company has processed more than 3 million carbon-neutral orders.

In addition to the core carbon offset checkout option, the company has layered on additional services including badges and an impact counter that a merchant can choose to deploy on their website.

Nuzest is a maker of lean protein powders that feature probiotic ingredients for digestive support. The company uses a sustainable form of vegan protein — sustainability is intrinsic to its product.

Nuzest offers the EcoCart technology on its website and finds that some customers are shopping at its site directly, even if they are getting a better price on Amazon. Customer feedback indicates they want to shop with a brand that offers an eco-friendly option.

Since adding EcoCart to its Shopify store in mid-2020, Nuzest reports the following results and impact:

EcoCart’s ambitious business plan includes the potential of receiving customer contact information from its retail partners, which would allow it to build loyalty programs jointly or separately, and to offer more personalized experiences based on previous use and adoption of carbon-offset purchases. For those who are most engaged in sustainability and offsetting their carbon footprint, such programs that reflect their efforts and combine the power of EcoCart with major retailers has the potential to have far-reaching impact.

More broadly, given the number of ecommerce retailers on the Internet (by some estimates, more than 26 million worldwide and close to 10 million in the US), and the intense interest in both sustainability and carbon offsets, EcoCart appears to have a massive opportunity to continue to penetrate this market and make its service ubiquitous. If you’re a frequent online shopper, chances are good you’re going to run across the EcoCart technology at some point in the near future. Then you’ll have a sustainability decision to make — and that’s exactly the opportunity EcoCart is looking for.