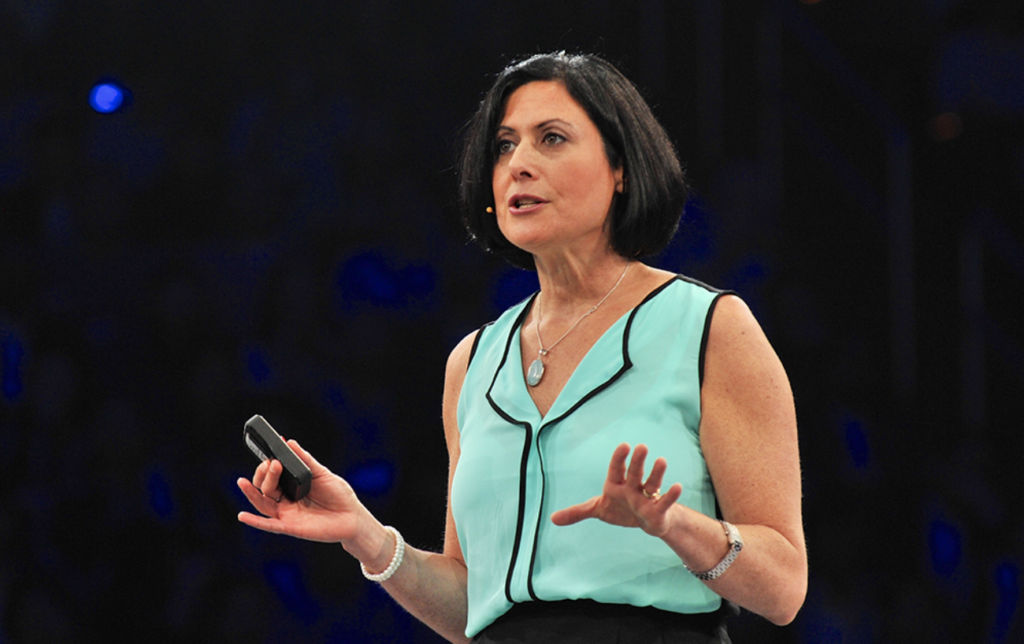 Microsoft’s powerful hold on the #1 spot in the Cloud Wars has been driven by not only its highly differentiated technology but also by a truly transformational go-to-market strategy that’s turning traditional roles, expectations and outcomes upside-down.

At a time when—c’mon, say it with me!—”every company is now a technology company,” then what those companies currently need, what they’ve begun to produce, and how they are starting to behave must be radically different than it was before they jumped into the tech business.

And while that might seem obvious, many tech companies continued to go to market with the same type of sales organizations carrying the same types of incentives, with partner programs that basically said “I make, you sell,” and with basically the business-world equivalent of taking a knife to a gunfight.

But in mid-2017, Microsoft began experimenting quite radically with an entirely different approach to the new wants and needs—and capabilities—of its customers, its partners, and its own sales organization, and the results have been nothing short of stunning, and I’ll share some of those in just a moment.

But first, to understand just how completely Microsoft’s outlook and approach to cloud engagements with customers have changed, check out this quote from Microsoft corporate VP Gavriella Schuster, who leads the company’s One Commercial Partner program.

“It’s crazy how fast—and how dramatically—this dynamic with partners has changed,” Schuster told me in a recent phone conversation.

“It used to be that Microsoft made the stuff, and our partners sold it—theywere the resellers. That still happens today—oh, it happens a lot!—but also the total opposite is happening more and more: our partnersare the ones creating new software, and Microsoft’sthe one selling it.

“So now Microsoft’s become a reseller!” she said with an enthusiastic laugh.

And the results from Schuster’s One Commercial Partner team certainly give her and the company lots of reasons to be in a good mood, particularly in the relatively new “IP co-sell partner program” in which, as Schuster described above, Microsoft’s huge global sales organization helps partners and customers sell Azure-based IPthat those companies have created.

Here are some compelling numbers about that program and related ones:

“These changes have been incredibly exciting because it creates more value for everybody, but especially for customers,” Schuster said.

“The old model was about ‘partnering,’ which was simply we made it and then partnered with them so they would sell it. But the new model is all about ‘partnership,’ and that’s all about co-creating value and innovation with them,

and for customers that creates relationships and opportunities that are deeper and richer and much more interesting.

“Because today, innovation and speed are what customers are really interested in,” Schuster said. “They don’t want to build everything they need from scratch—they want to tap into the speed of cloud and they know they need to accelerate the development of solutions.”

And in this world of rapidly proliferating digital business and heightened levels of what Microsoft CEO Satya Nadella calls “tech intensity,”old models and old approaches no longer work, Schuster said.
“We needed to just throw all that old stuff out—who’s a partner that can only do this, and who’s a customer that only can do that—because it was just no longer relevant.”

But what certainly will be relevant for Microsoft and its rapidly changing ecosystem and the business customers who buy from (and now sell through!) Microsoft is the ongoing and increasingly intense competition with Amazon, the #2 player in the Cloud Wars.

Because the CEO of Amazon’s cloud unit, Andy Jassy, recently told CNBC that he believes his AWS unit has an ecosystem that no other tech vendor—including Microsoft—can touch.

Describing how AWS recently won a huge deal with Korean Air, Jassy—whom I recently named as the Cloud Wars CEO of the Year for 2018—told CNBC, “They wanted a network of partners on the consulting side as well as on the ISV and software side that can help them make that transition to the cloud, and there’s no ecosystem of partners that’s comparable to AWS.”

Except that in this case, it looks like the merchant to the world—Amazon—has been outmaneuvered by the software company that has suddenly become a very capable and fast-growing seller and reseller in its own right.

Clearly, a whole new front has opened up in the Cloud Wars, and in a world where many customers are now creating their own technology at an unprecedented pace, the competition among ecosystems and go-to-market strategies becomes more important than ever.