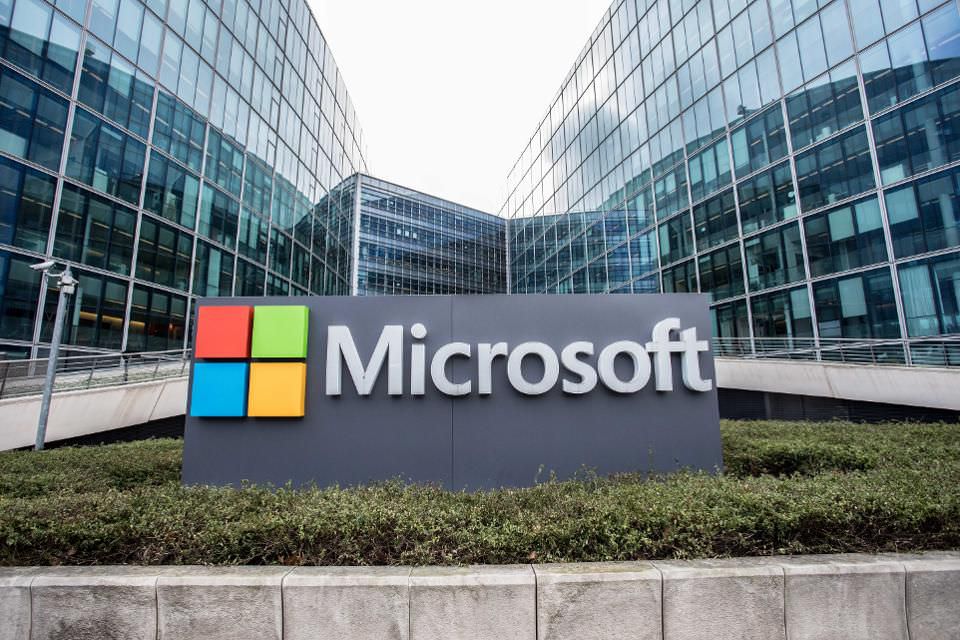 For reasons I cannot fathom and that have no basis in reality, some pundits and supposed experts in the media continue to push the silly notion that the only “real” cloud is IaaS, and that therefore Amazon, the world leader in IaaS by a large margin, is the world leader in the cloud.

That shallow perspective fails to take into account the vast and fast-growing software layers of the cloud—PaaS and SaaS—and attempts to relegate Microsoft’s massive cloud businesses for its Microsoft 365 and Office 365 franchises into the never-never land of “not really cloud.”

And yet, while such silliness continues to make its way into articles and analyses, Microsoft continues to win huge and transformative deals with corporations that could have picked any cloud provider in the world.

Late last week, it was energy giant ExxonMobil (2018 revenue of $290 billion) and grocery-store leader Albertson’s (2018 revenue will be about $60 billion) that chose Microsoft Azure and related cloud solutions to help the companies reinvent themselves for the digital future.

ExxonMobil had this to say about its partnership with Microsoft in the Permian Basin in the southwestern U.S.—and bear in mind it is customer ExxonMobil, not Microsoft, making these claims:

Albertsons Companies offered these perspectives about how Azure and related cloud services will boost customer experiences by enhancing the company’s digital capabilities and turning the promise of the “frictionless future” of grocery shopping into a reality.

And these two very different types of deals with massive and highly demanding customers come as the momentum for Azure and other elements of the Microsoft commercial cloud show no signs of letting up even as the annual revenue for Microsoft’s commercial cloud tops $32 billion.

Earlier last week, I wrote about how Microsoft corporate VP Julia White touted the “phenomenal pipeline” of large global companies moving their SAP workloads to Azure, and six months ago the world’s largest automaker, Volkswagen, made a major commitment to the Microsoft cloud. 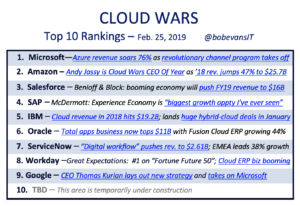 Two weeks ago, in a piece called #1 Microsoft vs. #2 Amazon: Numbers Prove Who Rules the Cloud, I laid out in great detail the financial evidence for my contention is that it is Microsoft and not Amazon that’s ruling the cloud. And trust me, I have great respect for Amazon and AWS CEO Andy Jassy, whom I recently named as the Cloud Wars CEO of the Year for 2018.

Competition’s a great thing, and customer choice is a fabulous thing. And here in the Cloud Wars, the company that’s winning more often than anyone else—especially with some huge and industry-leading global players—is Microsoft.

And that’s not a fuzzy-headed opinion—that’s a fact.