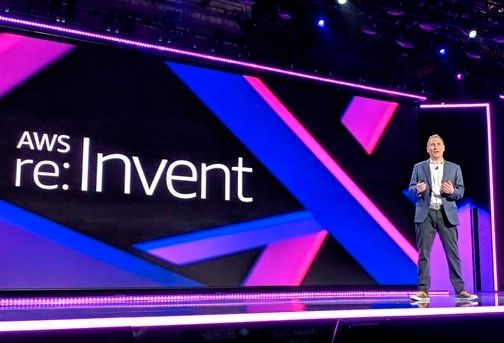 Oh, to have the problems Jeff Bezos has. You have to feel pretty good if you’ve got a business running at a $43-billion annualized rate and it’s getting knocked for growing “only” 29%.

Such is the case with Amazon’s AWS cloud-computing unit, which for the past few years has been not only the fastest-growing business but also the biggest net-profit contributor within Bezos’s company.

But that long-running and remarkable narrative got obliterated last week when Amazon reported that Q2 revenue for AWS rose 29% to $10.8 billion, but that Amazon’s overall revenue surged 41% to $88.9 billion.

So how did this happen? I’ll offer up 3 ideas for what drove this, but my primary point is this: anyone who thinks that AWS is “in trouble” or “struggling” because this massive and world-renowned business in the biggest growth market the tech industry has ever known grew “only” 29% is nuts.

Look at what some competitors did in the same quarter:

Now, Amazon didn’t get to be Amazon by being satisfied with simply matching the results of its competitors. And no doubt Bezos is having some very frank conversations with AWS leader Andy Jassy about strategic moves to push that growth mark back above 30%.

But it is possible that no company in any industry has ever had a quarter like parent-company Amazon just had. So here are my 3 ideas for what’s really going on at Amazon and why 29% growth to $10.8 billion might seem to some to be lackluster.

Amazon is perfectly situated to meet the demands of our COVID-driven world.  Consider:

Olsavsky: “We’re reaching more customers with our grocery offerings. Online grocery sales tripled year-over-year. … The number of Whole Food stores that you can pick up deliveries on tripled this quarter.”

Against fierce and relentless competition, AWS continues to be one of the most successful tech companies of the past decade and the category king. But like every company in the Cloud Wars Top 10, AWS needs to not only innovate and grow in the areas it’s always been in, but also expand into new segments to create more revenue opportunities and broader solutions for customers.

Olsavsky said that in a surprising twist, AWS salespeople are even helping customers consume *smaller amounts* of AWS services. “Companies are working really hard right now to cut expenses, especially in the more-challenged businesses like hospitality and travel but pretty much across the board.

“We’re helping them. We’re actively, with our sales force, looking for ways that we can help them save money. This includes things like scaling down the usage where it makes sense or benchmarking their workloads against our architectural best practices. So that’s not going to help our usage growth in the short run, but it will help those customers save money.

“And we think that’s the right thing to do, not only for their success and so they can come out of this in a better shape but also for the long-term health of our relationship with them as an AWS provider.”

Also, Olsavsky pointed out that the revenue backlog for AWS grew 65% year-over-year and 21% quarter-over quarter.

Whatever you might think of Amazon, the cold reality is that it operates and is growing at a scale few companies have ever even approached.

That holds true for its AWS unit as well, although clearly AWS is not nearly as differentiated and dominant as it was just a few years ago.

Other players in the cloud-infrastructure space that AWS created 15 years ago and has led ever since have branched out into new areas and/or taken new approaches. And not just fellow cool kids Microsoft and Google Cloud—look at Oracle and IBM, written off by many as old-world fuddy-duddies that could never compete in the cloud.

But much to their credit, both IBM and Oracle are doing well in the cloud with new products (Red Hat hybrid cloud for IBM, Autonomous Database and Gen2 IaaS for Oracle) that are competing lustily against AWS.

I’m betting that the greatly intensified competition within Amazon will sharpen Andy Jassy’s appetite for reclaiming the right to be called the growth driver of the entire Amazon organization.

But he’d better move fast—incredibly fast—because everyone else in the Cloud Wars is sure as hell doing so.